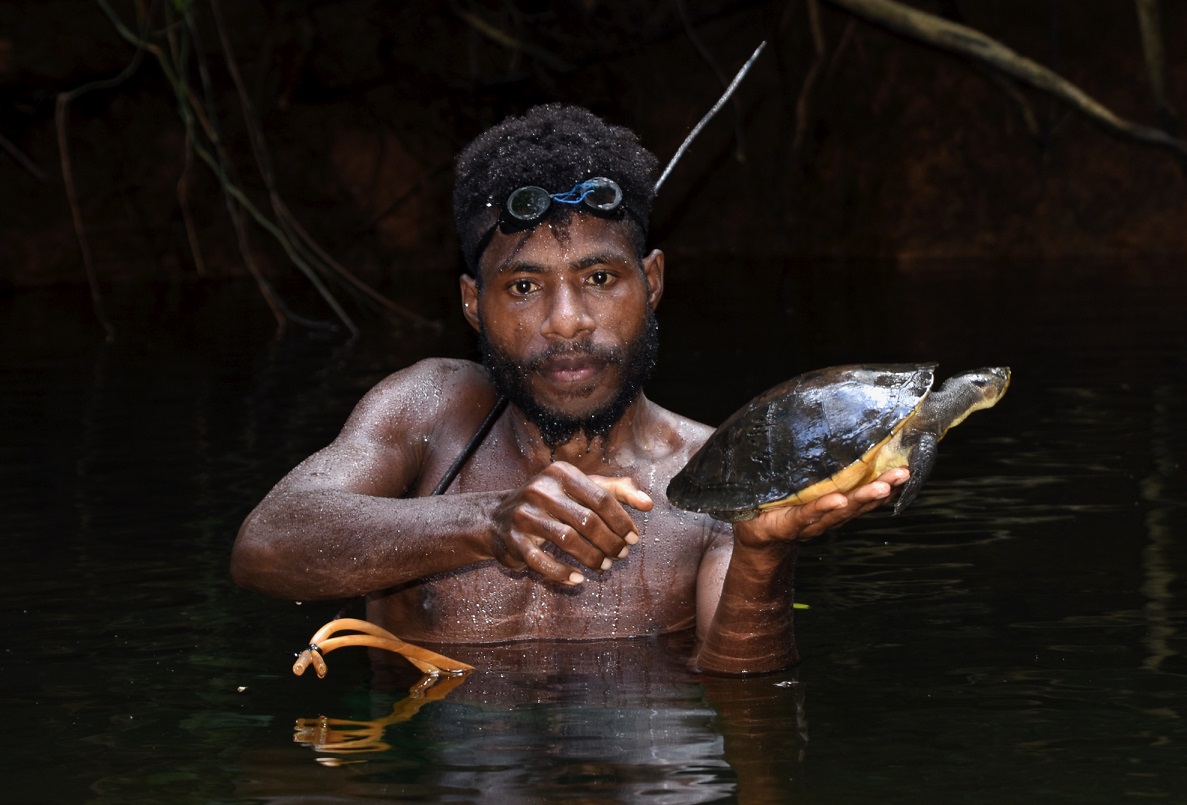 This deposit will be a result of a documentation of the traditional ecological knowledge of the Awiakay and Meakambut from Papua New Guinea, funded by ELDP between 2023–2025. The project is a collaborative effort between a linguistic anthropologist and Awiakay and Meakambut people, in collaboration with an ethnobotanist. The data deposited in this collection will encompass video-recordings of a wide variety of genres of language use related to TEK; a collection of short observational films about Awiakay speakers’ interaction with their environment, including landscapes, plants, animals and spirits; photographs and a list of identified specimens of the local flora and fauna; and an Awiakay–Tok Pisin–English photo-dictionary of local plants and animals.

The group represented in this collection are the Awiakay. They live in Kanjimei village in East Sepik Province of Papua New Guinea. Their language, Awiakay, has about 400 speakers and belongs to the Arafundi language family. Despite having a central settlement, Awiakay families tend to spend long periods of time in their bush camps, hunting and processing sago, which is their main staple. Sago diet is supplemented by hunting, fishing and gathering, only occasionally by foods brought from town. While garden products such as bananas and taro are an addition to the sago diet, gardening is of minor importance. The Awiakay therefore heavily depend on their environment. However, a recent discovery of gold in their creeks resulted in a goldrush, which brought along radical social changes…

This deposit will be a result of a collaborative effort of a linguistic anthropologist, Darja Hoenigman, with the Awiakay people, in collaboration with a botanist Janet Gagul from the University of Papua New Guinea.

The Awiakay and Meakambut land is a major lowland forest area with a very small human population. There is no major study of TEK from such an area in the Sepik region of Papua New Guinea.

Documentation of Awiakay and Meakambut TEK at this particular moment in time will be a window on long-standing customs that intimately connect people’s lives to the environment, as well as the transmission of this knowledge in the context of changing linguistic practices and rapid social change that is endangering both the languages and the cultural heritage that lives through them.

— Video and audio recordings of Awiakay traditional ecological knowledge (TEK) and language use related to TEK. Genres to be documented will include:

— A collection of short observational films about Awiakay speakers’ interaction with their environment, including landscapes, plants, animals and spirits.