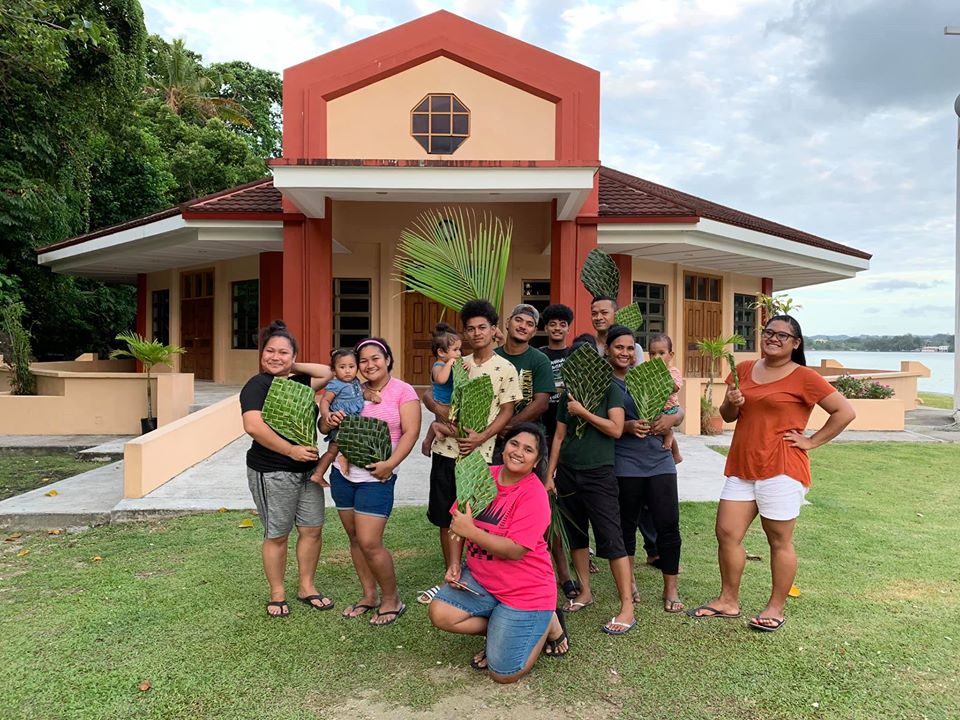 Ramari Dongosaro (Sonsorolese) (ISO 639-3: sov) is the language of Sonsorol a Southwest Island of the Republic of Palau, a Micronesian nation in the western Pacific. According to Eberhard et al. (2021), endangered Sonsorolese is currently spoken by less than 400 speakers. The deposit is a result of a collaborative effort between a linguist and the Sonsorol State Youth Organisation Young Historians aiming to test thematic dictionaries (Mosel 2011), structured using ESL lesson planning methodologies, for the documentation of this lesser-documented language. Active elicitation and discussion groups, along with audio and video recordings of those sessions and of cultural practices in their social context, aim to shed light on meaning meta-discourse and create a corpus for Sonsorolese.

The group represented in this deposit are individuals who identify as speakers of Ramari Dongosaro (or Sonsorolese) in the Republic of Palau. According to Ierago, the first settlers to the island of Sonsorol (approximately 600 kilometres from the main island chain of Palau) arrived at least 500 years ago from the Northeast and the islands of Yap. Most legends agree that the first settlers on Sonsorol Island were from Mogmog. Ramari Dongosaro (or Sonsorolese) is part of the Trukic (Chuukic) dialectal continuum, related to Woleaian and Ulithian. In recent years because of environmental and economic reasons, many inhabitants have moved to the port city of Koror, leading to the emergence of a vibrant community in the Echang hamlet and a variety of English, called Echangese (Tibbetts 2019). This documentation project was carried out predominantly in Echang. At the same time, trips to the island of Sonsorol led to input from elders and speakers living on the island.

This deposit is a result of a collaborative effort of a linguist, Vasiliki Vita, and native speaker researchers: Chelsea Pedro, Lincy Lee Marino, Daphne Nestor and the Young Historians of Sonsorol. The topics for documentation have been selected by the whole team, and volunteers and speakers of Ramari Dongosaro.
What makes this collection special is that the recordings do not only document language use, but also the collaborative effort between all stakeholders involved.
They also contain recordings of elicitation sessions conducted by native speakers with native speakers using an inductive approach, where the elicitation session is organised in the form of a lesson plan, prepared between researcher (language learner) and native speaker (language teacher).
Other interesting recordings include decisions on how transcriptions, translations and glossing was done by native speakers for native speakers.
Furthermore, the collection includes videos edited by the Young Historians to promote the project and increase engagement with the wider community.

In the current version, the corpus contains 37 hours of recorded language use. This includes recordings of meetings to organise, execute and evaluate the project. Of the deposited data 15 hours have time-aligned transcription in Sonsorolese, translation into English and morpheme-by-morpheme glossing in English.
Additionally, it includes a WeSay database of 3500 lexical entries and 10 theme-based dictionaries on topics such as relationships, surrounding environment, numerals, mental and speaking activities. There are also 300 pictures, documenting the project progress, as well as specific items, events, animals and landscapes used for the production of the theme-based dictionaries.
The naturalistic language use documented includes recordings of community council meetings, within the health clinic, community garage, following rangers in the ocean, cooking, cleaning, watching TV together, child rearing.

The project from which this deposit originated was financed by an ELDP Small Grant (SG0687), awarded to the team for the period between October 2022 to September 2023. It is part of a wider collaborative project between Vasiliki Vita and the Young Historians of Sonsorol with the aim of prestige planning for Ramari Dongosaro and related varieties (Puro Anna and Merir) in the State of Sonsorol funded by the Onassis Foundation and Julia Sallabank’s British Academy Small Grant SRG20\200966, ‘Language Revitalisation: From Practice to Theory’.
Data collection for this project began in October 2022, when Vasiliki Vita arrived in Echang, Koror. During the project months, the team started with organising the themes for the documentation and training in the technical and linguistic analysis aspect of the project, as well as lesson planning. Video recordings were either kept intact or if necessary edited at three levels: 1st in terms of which content the speakers would like to allow in the recording, 2nd in terms of big intervals of lack of speech (not pauses, rather change of setting or speaker in the recording), and 3rd in terms of aesthetics, since some members of the team were interested in creating narrative footage. Transcriptions, translations and glossing of the recordings was done using ELAN.
The first batch of data was deposited with ELAR in May 2023, while the final batch was deposited in September 2023.

Users of any part of this collection should acknowledge Vasiliki Vita as the principal investigator, and Chelsea Pedro, Lincy Lee Marino, Daphne Nestor and the Young Historians of Sonsorol as core members of the research team. The Endangered Languages Documentation Programme as the funder of this project. Uses of parts of the corpus should acknowledge by name the people who recorded the given session, and the individuals appearing in the recordings whose words and/or images are used. Any other contributor involved in data collection, transcription and translation, or who contributed in any other way, should be acknowledged by name. The relevant information is available in the metadata.