A Documentation of Maring language(s) 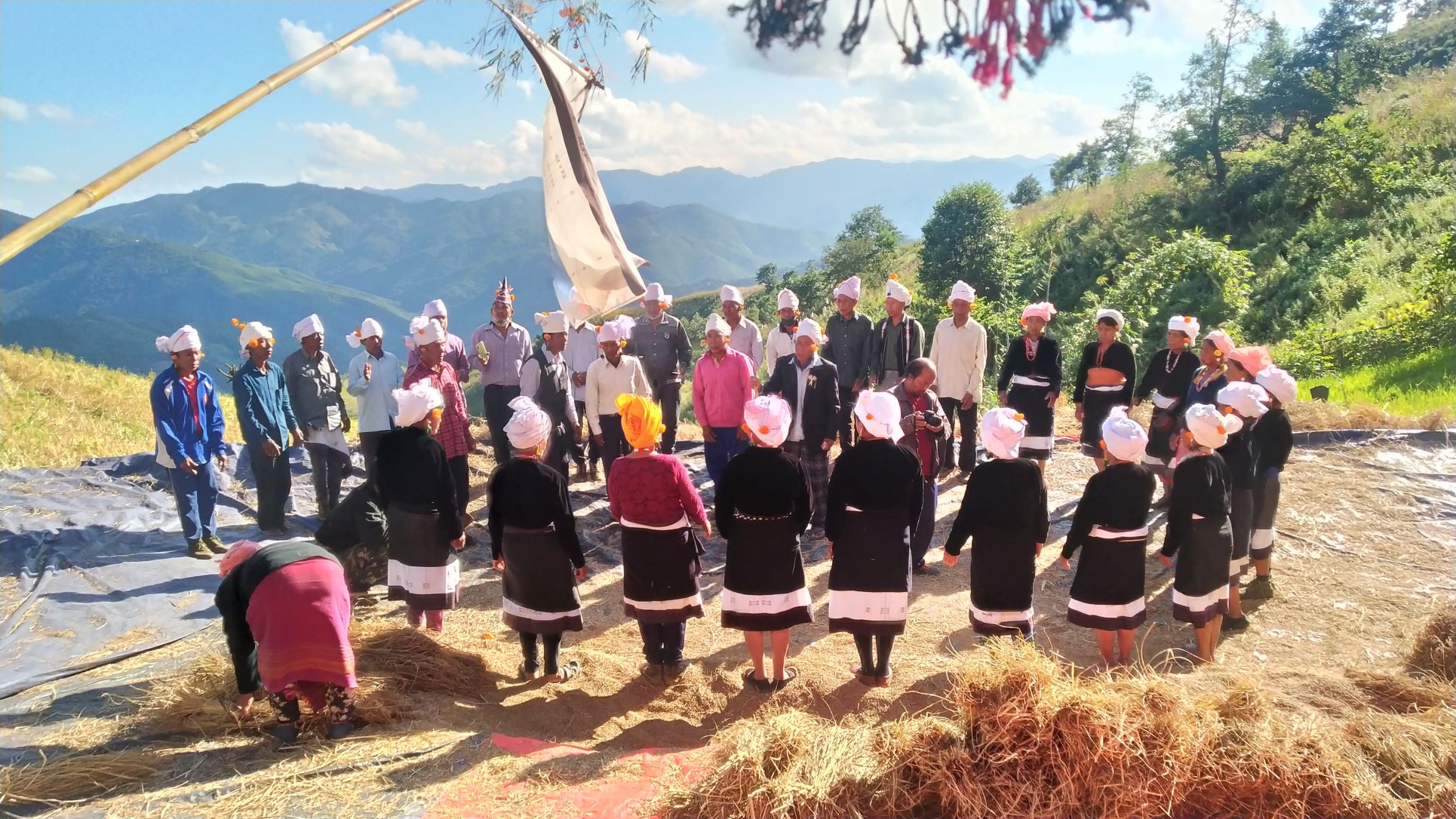 Deposit page image for the collection ‘A Documentation of Maring language(s)’. Click on image to access collection.

This deposit comprises of Maring language varieties namely Maring, Ramyang, and Khoibu. The materials were collected during Ph.D. fieldwork conducted from December 2019 onwards till February 2021 and comprises audio files of sentence list elicitation.

Maring is one of the oldest aboriginal tribes of Kabaw valley and its surrounding, that have migrated over to the southeastern part of Manipur. The community derived their name from ‘mei’ meaning ‘fire’ and ‘ring’ meaning ‘alive’, which means ‘people who keeps fire alive or unquenched.’ They trace their history as early as 20 A.D. to the settlement at Kulvi Songsong (a mythical cave) which was believed to be located underneath the earth or East land. From there on, the tribe migrated to ‘Wasaphai’ and spread along the Ningthee river (also known as Chindwin River) basin in the Angkoching range and the Yoomadong Hill (now in Myanmar). Later on, as the population increased and the demand for natural resources increased, people in search of better settlements started migrating from Wasaphai into four sections and ventured out to different locations and made those places their current settlements now. At present, Maring has a population of around 26,424 speakers as per the 2011 Census of India. Most of the Maring villages are located in Tengoupal district, around the southwest mountainous region of Hirok hill range; the hill that separates Manipur from Burma (Myanmar). There are some few villages scatter in other districts such as Kakching, Thoubal, and Sadar Hills. Maring speakers are mostly multilingual. Almost everyone can speak Meitei, but the educated ones can speak Hindi and English as well.

This deposit contains around 7 hours of audio recordings of Maring varieties in WAV format. The data comprises sentence list elicitation on various grammatical topics such as Word order, Tense, Aspect, and Mood, Causative construction, Interrogatives, Negatives Comparatives and superlatives, Reduplication, Adpositions, etc. The sentences are given to the informants and are made to be translated into their respective mother tongues.

The data of this deposit comes from the depositor’s Ph.D. fieldwork, that has been conducted over time from December 2019 till February 2021 in Pallel area and Imphal.

This deposit contains three varieties of Maring, i.e. Maring proper, Khoibu, and Ramyang. Though there are some earlier works done on Maring (proper) and Khoibu, the deposit made for Ramyang variety would be the first of its kind.

I express my sincere gratitude to all the informants for taking out their time to sit with me for hours, and for sharing their in-depth knowledge about their respective languages. I also thank all the families and villages that have welcome and hosted me during my field visits. Users of any part of this collection should acknowledge Kanshouwa Susie as the principal investigator, and the respective informants as contributors with the names given in their recording details (metadata).