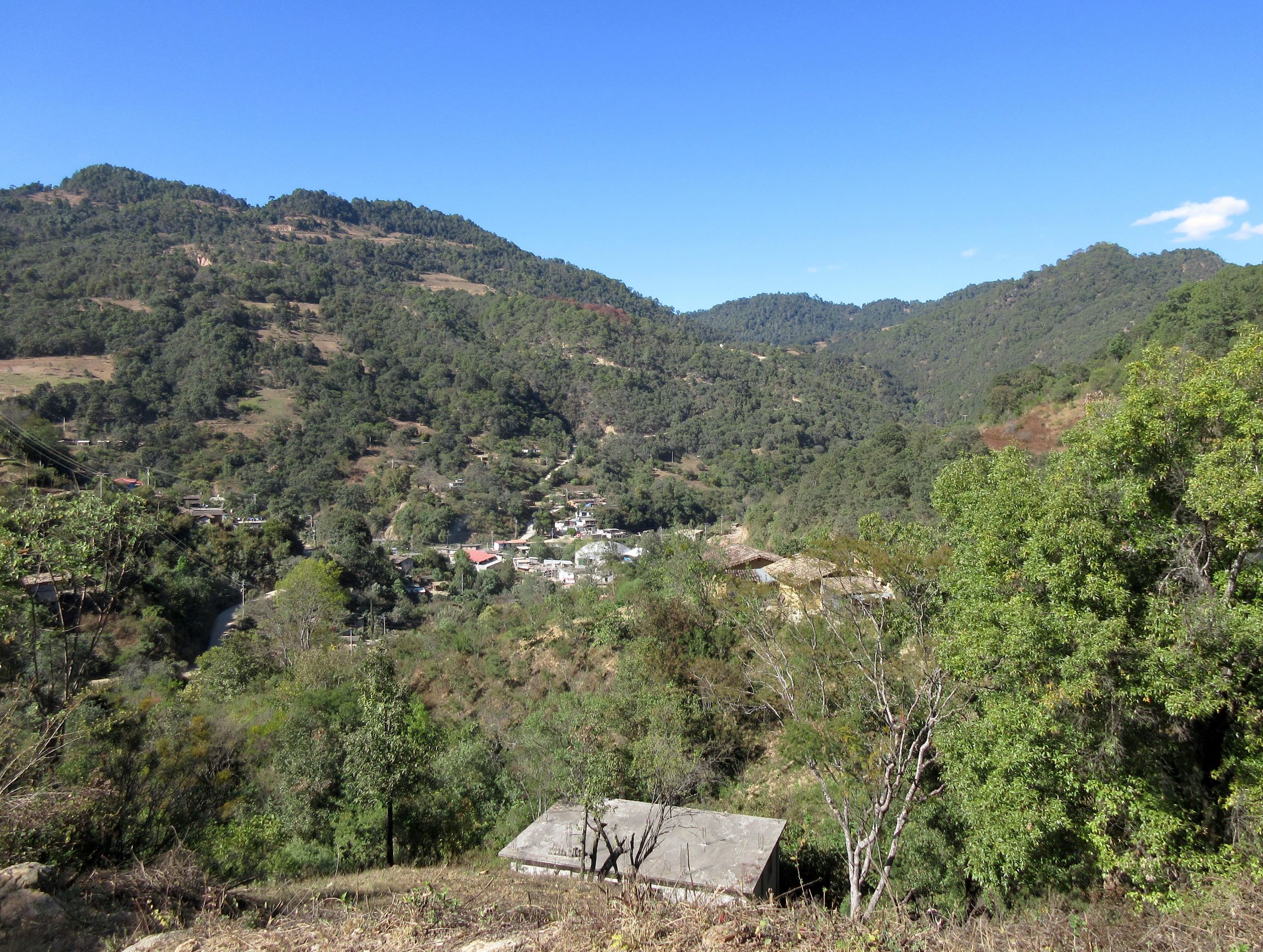 Tù’un Na Ñuu Sá Matxí Ntxè’è (San Martín Duraznos Mixtec) is currently spoken in the village of San Martín Duraznos (Oaxaca, Mexico) and in various diaspora communities in Mexico and the US. This collection focuses on the variety spoken in San Martín Duraznos, but also includes materials from the diaspora community in Ventura County (California, USA). It focuses on the collection of naturalistic speech, such as narratives and conversations, as well as elicitation of lexical and other data for further analysis.
The data is collected by Sandra Auderset, linguist and principal investigator, Carmen Hernández Martínez, Mixtec community linguist and native speaker of Tù’un Na Ñuu Sá Matxí Ntxè’è, and several members of the community in San Martín Duraznos.

This collection focuses on the speakers of Tù’un Na Ñuu Sá Matxí Ntxè’è a variety of Mixtec spoken in the village of San Martín Duraznos in the mountains of Oaxaca, Mexico. As such, they form part of the larger indigenous group of Mixtec people in Mexico. Origin Community in San Martín Duraznos, Oaxaca, México: The village of San Martín Duraznos is located about six hours by car to the northwest from Oaxaca City in the mountains. Older people in the village are often monolingual or only have a passive knowledge of Spanish. People between the age of 30-50 are completely bilingual in [Language Name] and Spanish, since all of them attended school from a young age. The education in school is entirely in Spanish and there is no Mixtec language class. This, together with increased economic pressures to find work outside the community has led to pressure on the younger generation to become dominant speakers of Spanish. As is the case in much of the Mixteca region, speakers of [Language Name] are able to understand and communicate with people from nearby villages, such as San Martín Peras, although these varieties differ from each other to varying degrees. The speakers are generally aware of these differences. When interacting with a Mixtec person from further away, they will often use Spanish since the varieties are too distant to be readily understood. Diaspora Community in Ventura County (predominantly in the town of Oxnard), CA, USA: Recent estimates place the Indigenous population from southern Mexico in Ventura County at about 20’000, the majority of which are Mixtec or Zapotec. This amounts to about 10% of the total number of Indigenous (im)migrants in California of approximately 200’000 people. Among the Mixtec community in Ventura County many different varieties are spoken. We estimate that the number of speakers of San Martín Duraznos Mixtec in and around Oxnard is at least 50, possibly a bit higher. The degrees of bi- and multilingualism vary throughout the community (of San Martín Duraznos, but also of other Mixtec speakers), mostly with respect to age and length of stay in the US. Many adults in the community are monolingual in their indigenous language, or bilingual with Spanish. The youth, many of whom have been born in the US or came to the US at a very young age, often experience shift to Spanish and English, because these languages are taught in school and provide access to privilege and resources. The language is thus in danger of being lost in the diaspora within the next generation, impacting the transmission of cultural practices and identity.

Tù’un Na Ñuu Sá Matxí Ntxè’è belongs to the Mixtecan branch of the Otomanguean language family and is one of many Mixtec languages, which are spoken in southern Mexico in the states of Oaxaca, Guerrero, and Puebla. It is reported to belong to the Southern Baja dialect group within Mixtec. It is currently spoken in two geographically distant but connected communities: the origin community in San Martín Duraznos and the diaspora community in Ventura County, California (USA). This deposit focuses on the origin community, but one of the aims of this project is to help bridge the gap between speakers of these communities through documentation.

This collection will consist mainly of audio-video recordings and audio recordings. We also plan to create community materials, such a story books, which will be deposited as well.

Please cite the collection as follows: