Documentation of Koryak language and culture in Kamchatka 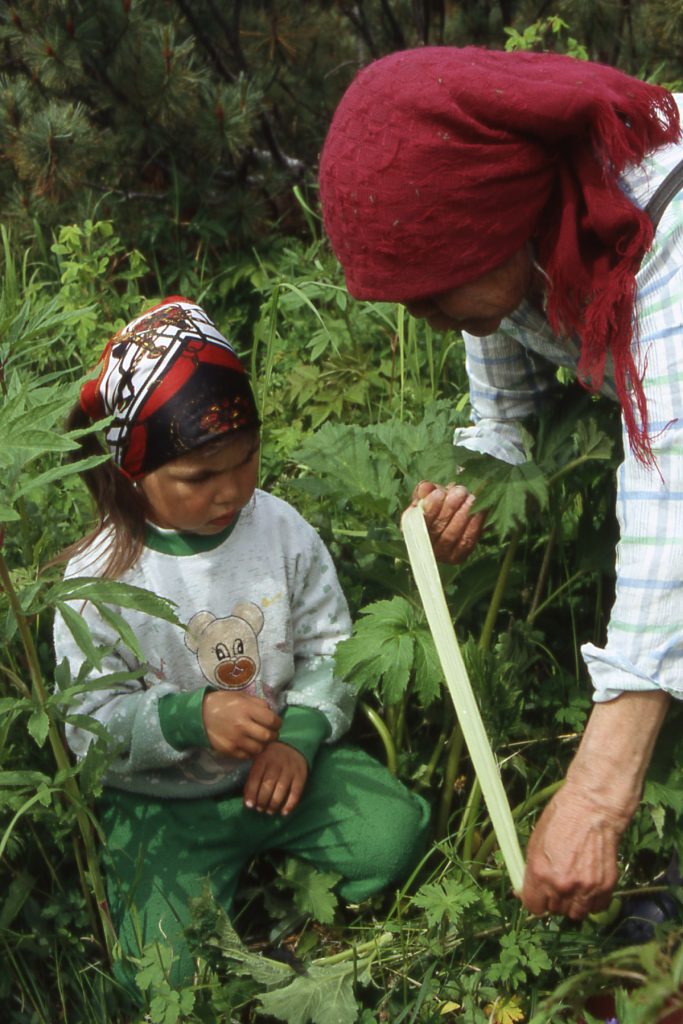 Landing page image for the collection ‘Koryak language and culture’. Click on the image to access collection.

In the accounts of the first scientists who traveled Kamchatka since G.W. Steller in the mid-18th century (https://dh-north.org/digitale-bibliothek/bibliotheca-kamtschatica), Koryaks are rarely mentioned as the focus then has been more on Itelmen, living in the Kamchatka valley and in other coastal settlements along the main travel routes. However, G.W. Steller recorded already a Koryak word list almost 300 years ago. The first profound ethnographic description of the Koryak, and notably of their language, was undertaken during the Jesup North Pacific Expedition in the first years of the 20th century by Waldemar Jochelson und Waldemar Bogoras (https://dh-north.org/digitale-bibliothek/bibliotheca-sibiro-pacifica). Since then, especially from the 1980s, Russian and Japanese linguists conducted extensive research with revealing results on the Koryak language. The extensive video recordings by Erich Kasten of almost 100 hours spoken Koryak text provides a rich repository for producing useful learning tools for the local communities and for further linguistic analysis as well.

Koryak belongs to the Chukotko-Kamchatkan language family. At the first sight, the Koryak language might not be considered as severely endangered because of its total number of speakers that amounts according to the 2010 census to 1,667. However, this is not a qualified number with regard to the actual degree of speech competence and according to the age of the speakers. Especially the latter is an important indicator for the forthcoming rapid decline of Koryak and Aliutor as there only very few speakers of younger age left. Furthermore, one can identify local variants as being severely endangered. In particular, Aliutor is very closely related to Koryak to the point that it should be considered as part of a joint dialect continuum.

Due to the settlement policy of Soviet times, the population had become mixed together in new villages where speakers of different varieties of Koryak, Aliutor and in some places of Chukchi, Itelmen and Even, have lived together in an almost exclusively Russian-speaking environment for more than 50 years. This lead to a restructuring of traditional Koryak varieties up to the point that some speakers use their own idiosyncratic mixture of the former Koryak varieties. With the passing away of many of the last fluent first language speakers, the Koryak and Aliutor languages have become less or no longer used in their former full complexity, as E. Kasten could witness over the past 18 years. This trend has been enforced by the fact that Koryak and Aliutor are taught at school by means of school books that apply to the common standard of the Chavchuven variety, whereas speakers in coastal Nymylan and Aliutor communities speak at home another variety of the Koryak language. Because of their accumulated effects, these trends lead to an ongoing decline in the use and knowledge of the language. Consequently, in many parts of Kamchatka it is already now, or most likely within the next generation, at the threshold of extinction, if appropriate measures are not undertaken immediately.

The material for this collection originated mostly from community-driven fieldwork, during which local experts suggested or decided about the topics that should be documented from their point of view. As this usually involved demonstrating or explaining activities and corresponding material culture all recordings have been taken consistently as video.

The Koryak collection contains about 96 hours of recordings in (Chavchuven-) Koryak and Aliutor, i.e. from speakers of the two main primarily reindeer-herding inland and sea mammal hunting coastal groups from different Koryak communities in various parts of Kamchatka, except those from the Penzhinski district. The texts cover a broad spectrum of themes according to the particular knowledge and experience of the speakers, and to the respective research topic that had to be investigated at the given time. These themes encompass remembrances of the past (or life histories), ecological knowledge of traditional nature use, crafts and decorative arts, songs and dances, tales, and worldviews and ritual practices.

These main spatial / dialect categories are then subdivided into thematic sub-bundles such as: [1] Life histories, [2] traditional ecological knowledge and resource use, [3]crafts and decorative arts, [4] songs and dances, [5] tales and [6] worldviews. In addition to annotated Koryak audio and video language documentation in ELAN and PDF files the collection also contains many hours of edited video recordings of cultural activities during workshops, mainly choreographic performances, as well as economic practices.

Erich Kasten started his recordings for this collection in 2000, when he was invited by Aleksandra Urkachan – who he first met at a workshop that he had organised in Esso in 1999 – to a seminar in Lesnaya on the northwestern coast of Kamchatka on the theme of preserving and enhancing indigenous knowledge and languages in Kamchatka. Since then, Aleksandra Urkachan has become Erich Kasten’s main collaborator on Koryak language and culture until her death in 2014. At the same seminar, Erich Kasten also met Evdokiia Pronina, who was at that time the director of the local school and who is now the Koryak language consultant in this project. During that seminar in 2000, Evdokiia Pronina conducted a session on Koryak language, at which Erich Kasten presented his recently published CD on Itelmen language. The community was quite taken with this approach and urged Erich Kastem and Aleksandra Urkachan to develop a complex program in order to document the particular Koryak dialect of this community, which they later expanded to most other Koryak groups all over Kamchatka.

Since then, Erich Kasten and Aleksandra Urkachan undertook numerous fieldwork projects in 2001, 2002, 2003, 2005, 2006, 2008, 2010 and 2012. Although these projects were on different topics rather than language documentation, for which they had received funding, most recordings have been made consciously in Koryak language – bearing in mind to later produce learning tools from them for providing the communities something in return. Unfortunately, the processing of these rich materials has taken a long time due to lack of financial support to publish these practical learning tools. Eventually, with the support of the Foundation for Siberian Cultures first volumes and other materials could have been released so far (see below). Fortunately, the given ELDP project provides the opportunity to work up the entire repository in full and to integrate these unique recordings at ELAR that will facilitate their long-term preservation and enhance their accessibility to more user groups. By additional dissemination via the dh-north portal these unique recordings on Koryak language and culture will be made easily accessible to various user groups, and notably to Even communities in Kamchatka – and this way contributing to sustaining their cultural heritage.