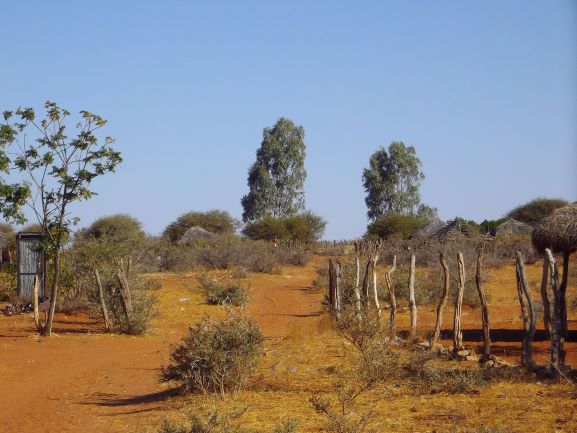 This deposit includes video documentation of the Sasi language of Botswana, collected by Chris Collins of New York University. The materials were mostly created during the academic year 2019-2020 for the ELDP funded research project “Documenting Sasi”.

Sasi is a language whose speakers are found in southeastern Botswana in and around Mokgenene, Poloka, Dibete and nearby cattle posts. The speakers themselves refer to the language as nǃaˤa. As of 2020, there were approximately 20 remaining speakers, all of whom are over 60.

Sasi is closely related to ǂHoan which is spoken in the area south and east of the Khutse game reserve (e.g., Khekhenye, Dutlwe, Shorilatholo). Together with ǂHoan it forms the ǂʔamkoe branch of Kx’a (Northern Khoisan). Sasi has syntactic features characteristic of the non-central Khoisan languages, which include languages of the Kx’a, !Ui and Tuu groups. For example, Sasi has a rich system of verbal compounds (also known as serial verb constructions). Sasi marks (non-direct object) dependents of the verb with oblique marking (also called the linker). Lastly, Sasi has a complicated system of nominal plural marking and verbal pluractionality marking. For a preliminary grammatical description of Sasi, and a discussion of its relation to ǂHoan, see Collins and Gruber 2014.

This deposit includes around 48 hours of audio and video recordings of the Sasi language. Of the total, there are 38 oral texts (3.5 hours) that have been fully transcribed, glossed and translated into both English and Setswana, using FLEx and ELAN.

The videos recorded were from a wide variety genres, including personal anecdotes (e.g., cattle theft), personal grievances (e.g., lack of a house and other amenities), procedures (e.g., making traditional beer, farming), life histories, historical events (e.g., the attack of the Ndebele), folktales, issues affecting the village (e.g., the lack of a village borehole, the issue of farmland), conversations, bartering, traditional ceremonies (e.g., marriage), descriptions of people (e.g., Mr. Tarr, the Basarwa), descriptions of places (e.g., Dinokwe, a historical trading post), descriptions of children’s games and attitudes towards the Sasi language. Also recorded were a few interviews with the non-Sasi speaking children of the consultants.

Many of the oral texts are also recorded in Setswana and English (usually in an additional video in the session/bundle), so even if they are not transcribed viewers can understand them.

These oral texts provide detailed information about the lives and history of the Sasi, a minority group in Botswana. Although they would be labeled as Baswarwa in Botswana, they do not consider themselves to be Basarwara or to speak Sesarwa (the language of the Basarwa). They view themselves to be historically connected to the Bakwena, with an oral history of migrating from Molepolole.

Chris Collins started documenting Sasi in 1996-1997 and the summer of 1998 as part of a project looking at the syntax of ǂHoan. He then returned to do further documentation of Sasi (and other Khoisan languages) during 2011-2012 and 2015-2016, both times collaborating with Andy Chebanne of the University of Botswana. The ELAR deposit mostly contains video footage gathered during 2019-2020.

The bundles/sessions are named in the following manner. Typically, several oral texts were recorded on a single day. So, each bundle/session is of the form: 20200112_01. This means the following: The oral text was recorded on January 12th, 2020. It is the first oral text recorded on that day.

Many people deserve thanks for their help in carrying out this documentation project. First and foremost is my wife, Akuwa Collins, who has always shown an interest in my work with the Khoisan languages, encouraging me when I have felt overwhelmed and accompanying me on many trips into the field. Andy Chebanne of the University of Botswana has been my long-term collaborator on Sasi. I have benefited much from his knowledge of Botswana and the Khoisan languages. Blesswell Kure and Morgan Chebani deserve thanks for their help as translators and research assistants, helping out in many unexpected ways (e.g., strapping water containers to the top of my 4×4). Zach Wellstood made various valuable contributions to the project, including shooting some video in 2016 and helping with the creation of the Sasi spelling primer. Bonny Sands has been a source of constant support, especially in helping me to find documents. Most importantly, I thank the village elders for their good humor and unbounded patience in collaborating with me on the documentation of their language.