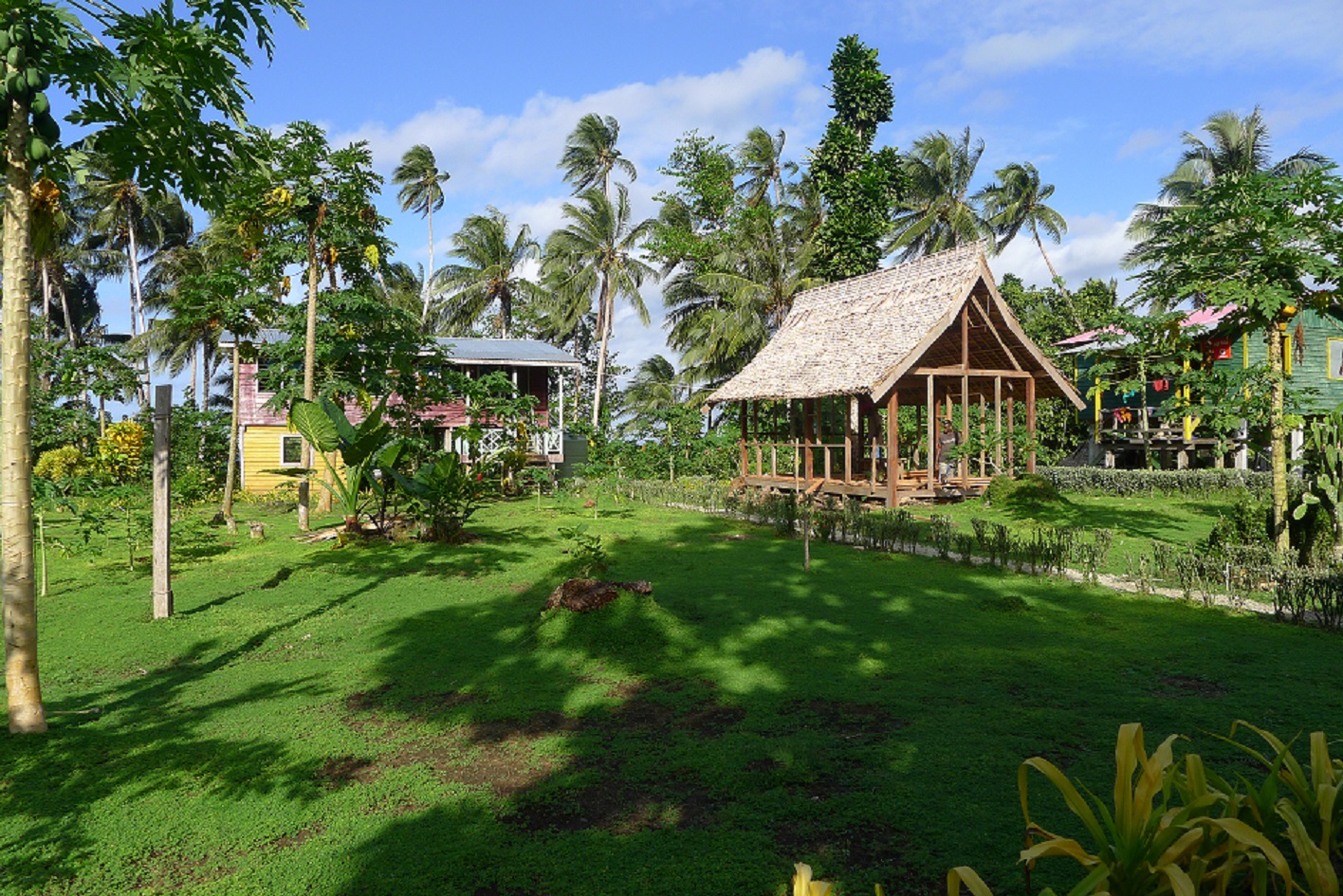 Landing page image for the collection “Recordings and texts from Ranongga, Solomon Islands”. Click on image to access collection.

1) Audio recordings of traditional stories made in 1986 and 1992 by Kenneth Roga and Laurence Stubbs. From the mid-1980s to the early 1990s, an Oral Histories Program was based within the Cultural Affairs Office of Western Province, in the provincial capital of Gizo. The initiative was supported by Canadian University Services Overseas technical advisors. As part of this program, archeologist Kenneth Roga of Ranongga recorded 11 cassettes in 1986. Self-taught researcher Laurence Stubbs of Australia recorded 20 cassettes in 1992. All are approximately 60 minutes. In both sets of recordings, speakers were elderly and all are now deceased. Content of the recordings are songs, descriptions of obsolete social practices and technologies, myths, and humorous stories. Original cassettes have been lost. Copies were dubbed in 1999 in the Gizo studios of the Solomon Islands Broadcasting Association by McDougall.

2) Audio-visual recordings made between 1998-2001 by Debra McDougall as part of extended anthropological fieldwork. This collection is 100 audio cassettes (60 minute each) and five shorter video cassettes. Some material has been described in publications (McDougall 2016). Fifteen of these cassettes have been digitised, but not at high quality. The recordings include interviews, life histories, histories of travel and settlement, traditional myths, music, church services, and speeches given at weddings, funerals, dispute settlement hearings, meetings with non-governmental organisations and a wide range of other contexts. Fieldwork was carried out with both Kubokota and Luqa speakers and both languages are represented in the collection. Some speakers also use Solomon Islands Pijin.

3) Texts written since 2000 by students of vernacular literacy and grammar. Beginning in 1998, Alpheaus Zobule has worked with Ranonggan collaborators to develop materials for reading, writing, and analysing the structure of Luqa language. Since 2000, each student who has completed a workshop on reading Luqa or Kubokota has been required to write a story in those languages. Some of these stories have been typed and incorporated into textbooks used in the Kulu Language Institute school. Approximately thousand handwritten texts, however, have not been typed or scanned.

Luqa is spoken by approximately 3,900 people in the southern half of the island and Kubokota is spoken by approximately 3,400 people in the northern half of the island. There is frequent intermarriage and interaction between Luqa and Kubokota people, and all residents of Ranongga understand both languages. Normally, though, they speak only one or the other. Both Kubokota and Luqa are changing rapidly as speakers use the language of wider communication (Solomon Islands Pijin) and the national language (English) in an increasingly wide range of contexts. Most Ranonggan children today grow up speaking Luqa or Kubokota, but Solomon Islands Pijin is the first language of young people who have spent their childhood outside of Ranongga. Speakers of both languages are concerned with the extensive linguistic mixing, and they worry that older modes of expression are being forgotten. Ranongga is home to a remarkable vernacular language movement known as the Kulu Language Institute. This movement began in 1998 when Alpheaus Zobule and his team of translators realised that few Luqa people were able to read the Luqa translation of the Gospel of Mark that they had produced. Over twenty years, small workshops focused on vernacular literacy developed into a well-established campus built on donated land that regularly runs intensive courses in grammar. Over the life of the movement, we estimate that 15-20% of the entire population of Ranongga have attended at least one workshop on Luqa or Kubokota language. Increasing numbers of youth are attending these courses because they see how it helps them in formal schooling. The Kulu Language Institution is remarkable not only for the numbers of participants it has attracted, but also for the nature of the materials: 8 volumes of monolingual description and analysis of Luqa and Kubokota languages.

Luqa and Kubokota are two closely related Austronesian language of the North West Solomonic branch of Western Oceanic. Both are on Ranongga, a narrow mountainous island at the western edge of the New Georgia Group in Western Province of Solomon Islands.

These language names are also territory names: Luqa is the southern half of Ranongga Island, Kubokota is the northeastern quarter, and Ganoqa is the northwestern quarter. In the nineteenth century, European mispronunciations of Ganoqa came to be used as the name of the island as a whole; It is not clear whether or not Ganoqa was ever a distinct language. Today, regional variation across Kubokota and Ganoqa territories reflect different church affiliation: the Methodist Mission, now United Church, was established in Luqa and Kubokota territory; the Seventh-day Adventist Church was first established in Ganoqa territory.

The New Testament was translated into Luqa in 2002. Other publications include three short books of custom stories (Roga 1989, Stubbs 1989, Stubbs 1991) in Kubokota language based on recordings made in the late 1980s and early 1990s, which are part of this collection. Kubokota has been the subject of previous linguistic study (Chambers 2009a, 2009b, Kettle 20000).

This deposit contains materials that cross generations and may be of interest for historians of Ranongga and for scholars interested in language change.

This is a collection of recordings made by linguist Mary Chambers on Ranongga in 2006-7.

Most of the materials in this collection are audio recordings.

* 31 hours of historical recordings of songs, descriptions of obsolete social practices and technologies, myths, and humorous stories made between 1986-1992.

* 100 hours of interviews, life histories, histories of travel and settlement, traditional myths, music, church services, and speeches given at weddings, funerals, dispute settlement hearings, meetings with non-governmental organisations and a wide range of other contexts recorded by anthropologist Debra McDougall between 1998-2001.

Use of any part of the collection should acknowledge Debra McDougall as principal investigator and Alpheaus Graham Zobule as partner investigator as well as Debra McDougall, Kenneth Roga, Laurence Stubbs as recorders of audio materials and Kulu Language students as authors of texts. Individual speakers should also be acknowledged by name.

To refer to data from the collection, please cite as follows: