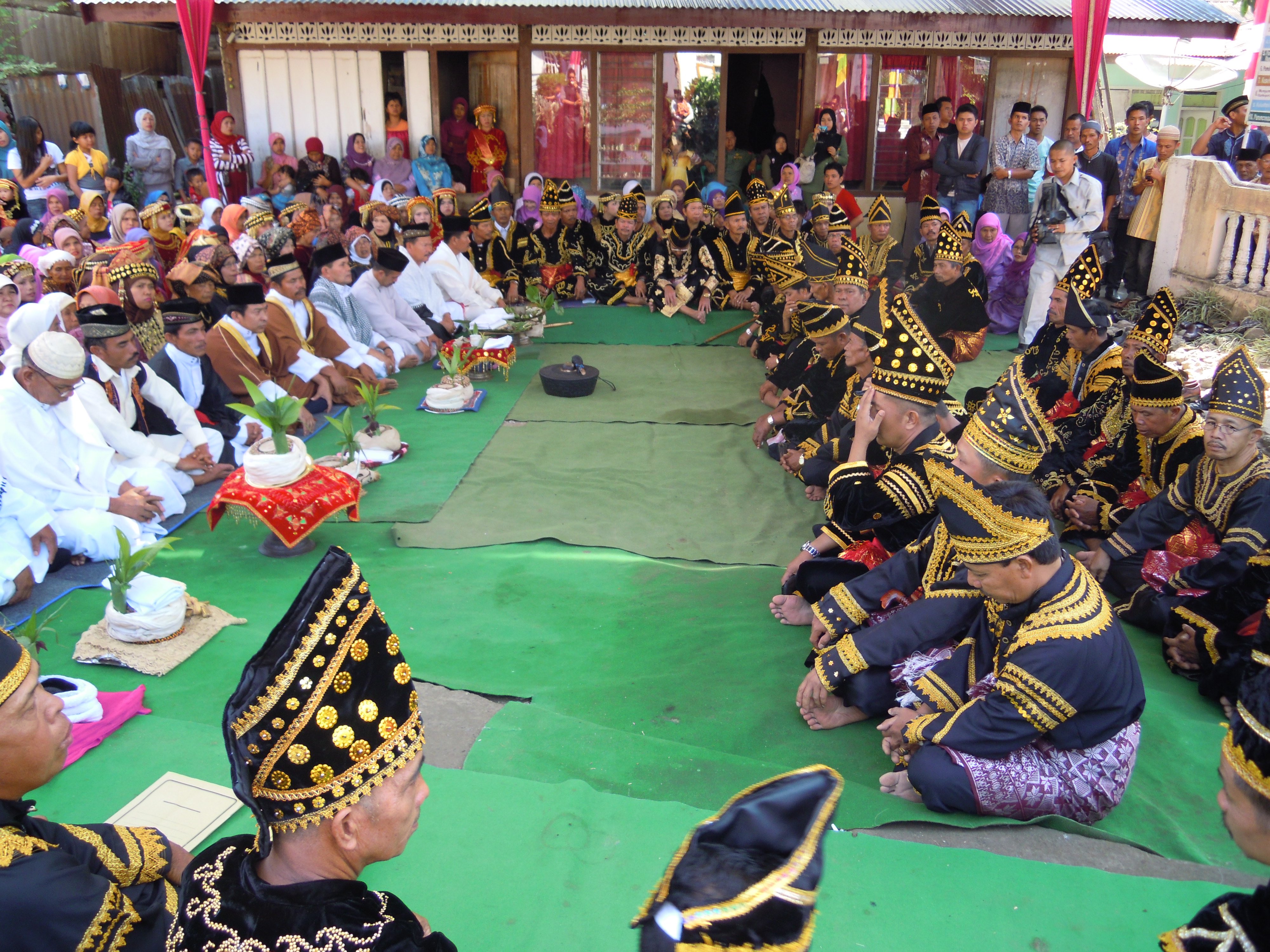 This collection contains the documentation of Pna, an oral tradition that is threatened in the Koto Keras dialect of Kerinci which is located in Sumatra, Indonesia. Kerinci belongs to the Austronesian language family within the Malayo-Polynesian branch. The data will be collected by Ernanda, a linguist and principal investigator.

This collection includes annotated transcriptions, translations, and video and audio recordings, and a Pna compilation film.

The group represented in this collection is the Koto Keras community. The Koto Keras people consist of four groups of extended families or matrilineal clans, called: Suku Bungsu, Suku Datetuk, Suku Patih Mendaro, Suku Kemalo Rajo. Each of these extended families consists of some women and their daughters and sons. Sons and daughters are members of their mother’s suku.

The Koto Keras and other villages in Kerinci have been ruled as a matriarchy, that is a child is attached to his/her maternal clan. As for the adult men, they are still affiliated with their mothers’ extended families even after marriage. Consequently, having daughters is considered as good luck since they can continue the family line.

Kerinci is a name that has been used to refer to a broad Malayic dialect continuum spoken in the Kerinci area of Sumatra, whereas Koto Keras refers to a specific dialect spoken in Kerinci. Kerinci is an Austronesian language family and has been classified as a member of a Malayo-Polynesian subgroup.

The Kerinci Malay variety has complex morphophonological and morphosyntactic processes that are uncommon in other languages called phrasal alternation (Ernanda 2017). Almost all words in the language exhibit two alternative forms with different final syllables, e.g. mijo/mijeng ‘table’, baouk/baik ‘kind’, lahai/lahi ‘to run’. However, the phenomenon of phrasal alternation in the Koto Keras dialect has not been addressed in previous research.

This collection contains an outreach product which is a community film that will be created out of the documentation data.

This collection includes around 7 hours of video and audio recordings of an oral literary form, pna in Koto Keras on many types of occasions. Depending on the types of the pna, some pna is performed by two people (e.g. pna performed before eating the served meals) and some pna has to be performed by more than two people (e.g. pna minta arah). The data has been translated into English and Indonesian. 11 of these video and audio recordings are glossed by morpheme. A community film is also included.

The materials in this collection were collected in 2019. This project is funded by ELDP.

Traditions, beliefs, and rules in a community

Anak batina is a female child or daughter. They are a group of women within a matrilineally extended family. Although she cannot raise her voice in public, she has a strong position in the mother-centered culture. Her opinion matters and influences decision making. She has to say her intentions and purposes to her brother or other male family member and the male family member will do something about it.

Anak kemenakan means sister’s children. However, this term is also used to address young people in an occasion. It sounds more polite than calling people by their names.

Depati/depatai is the highest adat status given by the community through a traditional ceremony (kanuhi ska). They are also called nde bapek ska since they are considered as the head of a matrilocal clan. They are male representatives from a matrilocal house and they are appointed by anak batina. They play the role of deciders who give ajung, arah, and permission. They have to come to anak batina’s house when invited.

Idul adha: an important holiday falling on 10 zulhijah, marking the day of the pilgrimage to Mecca

Kanuhi ska/kanuhi paseka is a traditional ceremony held by the community every five years. The Koto Keras people who live somewhere else will come back to the village for this special occasion. There are four aims of kanuhi ska/kanuhi paseka, namely: first, to thank God; second, to honor the dead ancestors; third, to inaugurate new ninik mamak and depati (ska nge tigo takoh); fourth, to clean the heirlooms in each matrilineal clan house.

Nazar/Nasoa is a vow (to God), solemn promise to do something if a wish is fulfilled. Usually, people promise to kill the four legs (cows or goats) or chicken, cook them, and share the dishes made of the cow meat or goat meat to the poor. However, they can also promise to do other things.

Ninik mamak dumoh is a group of tagano and tuwo riya in a matrilineal house. They are representative of the matrilocal house. When there is anak batina’s problem to solve, they are the first who will help anak batina before getting a bigger forum to involve.

Ninik mamak nagehu is a group of tuwo riya from some matrilineal clans (suku) and other male representatives with adat status that belong to the community level.

Pemangku/pemangkau is an adat status higher than tuwo riya, given by the community through a traditional ceremony (kanuhi ska). They are male representatives from a group of matrilocal houses. They-serve as examiners, facilitators, and judges and they give their opinion to depati. They have to come to anak batina’s house when invited and they perform pna on traditional occasions.

Sapangkalan is a host of an occasion. They invite ninik mamak and other guests to their house.

Ska: the word “Ska” is mentioned during a pna performance to indicate that a pna performer will wait for another performer to discuss a matter with his colleagues and friends.

A host provides the following when having issues or matters involving the three levels of adat status:

1-a hundred liter of rice and one buffalo when a matter involves depatai/depati.

Temu ahok: a meeting where a man’s tagano and a woman’s tagano discuss the preparation of a wedding.

Tuwo riya is an adat status given by the community through a traditional ceremony (kanuhi ska). They are male representatives from a matrilocal house and they are appointed by anak batina. Tuwo riya can be a tagano of a matrilocal house. They take care of family issues and they act as mediators and negotiators in solving the family problems. They have to come to anak batina’s house when invited and they perform pna on traditional occasions. There are two other adat status on the same level as tuwo riya, namely tuwo dateuk and pataih.

-The following terms anak batina, anak janto, tagano, tunggu umoh, sapangkalan, tuwo riya, tuwo dateuk, pataih, depati/depatai, pemangku/pemangkau, ninik mamak dumoh, ninik mamak nagehu can be used as singular or plural nouns depending on the context. They can be used to refer to one specific person or to a group of people who have the same status.

I wish to thank ninik mamak and depatai for performing beautiful pna in Koto Keras, Kerinci. I also want to thank the Koto Keras people who assisted the project especially Tuwo Pemangku Sirman and Tuwo Riyo Abnumar who have shared their knowledge about the pna and the Koto Keras culture. Special thanks to my technical assistants who assisted me in the field and performed other related duties.