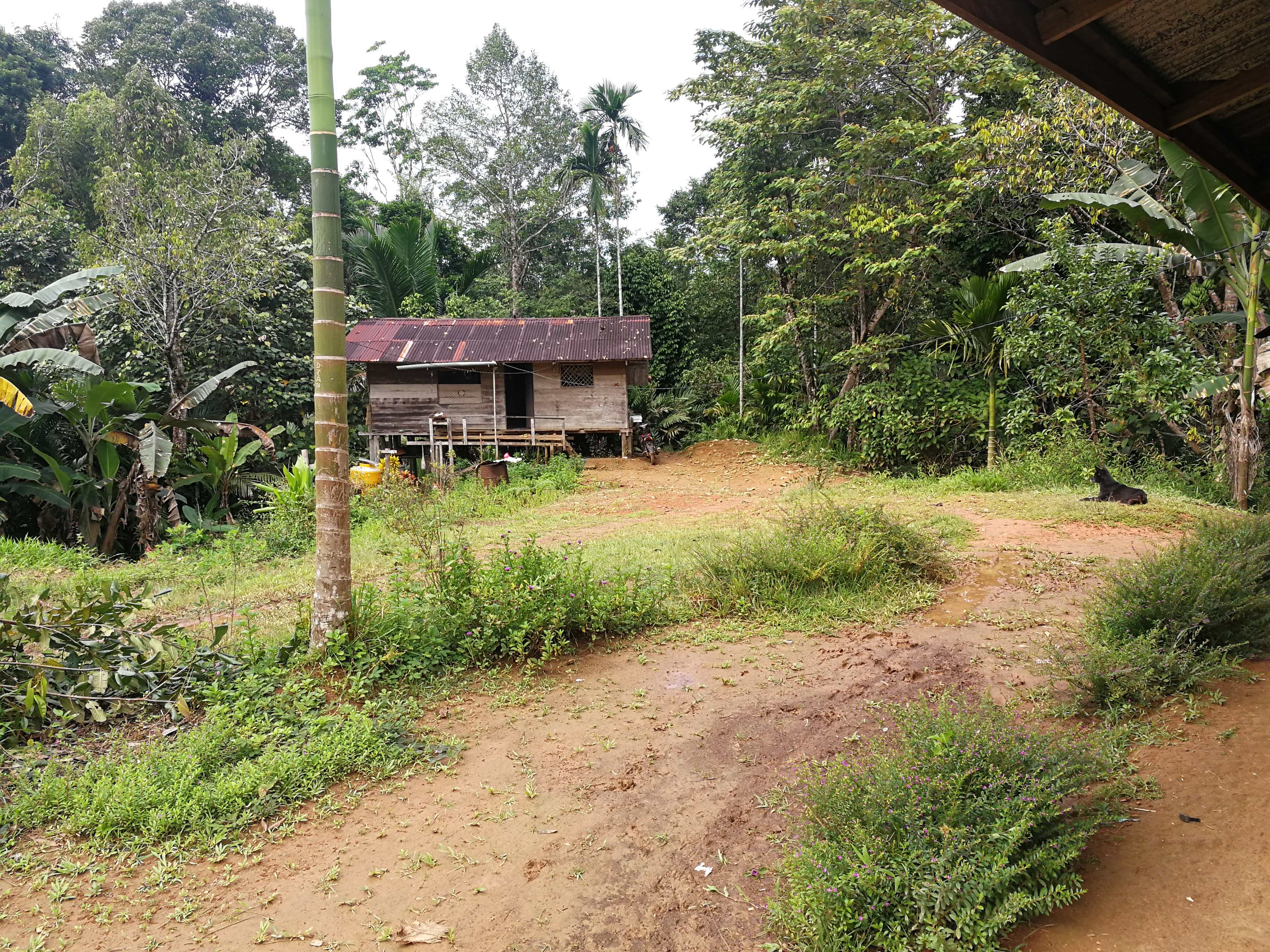 Landing page image for the collection ’Documentation of Muyu, a Lowland Ok language of Western New Guinea’. Click on image to access collection.

This collection documents the Muyu language spoken in the central lowlands of West New Guinea. It includes audio-visual recordings of naturalistic speech as well as elicitations. The recorded texts are from various genres (myths, narratives, biography, history, procedural, songs, conversations) to give a broad picture of the language. A dictionary with all lexemes of the transcriptions is deposited to facilitate the access to the material.

The Muyu, or Kati, are a Papuan people who live in several villages along the Kao and Muyu Rivers in the central lowlands of Papua, Indonesia. Traditionally, they live as subsistence farmers from cultivating their gardens. Original tree houses are no longer found. The majority are Catholics and attend service every Sunday. Churches exist in every village and play an important role in public life. Each family cultivates their own garden outside the village. Staple foods are sago, banana and yams. As in many Papuan societies, sago has high cultural value. It is eaten daily in form of flat cakes. They also raise chicken and pigs. The latter is also of high ritual importance. For example there is a pig-killing ritual fourty days after a member of the community has died. Additionally, some Muyu families grow cash crops like peanuts or process wood in small sawmills. In the younger generation, some men commute to Mindiptana or Tanah Merah from Monday to Friday and come back to their wife and children only on weekend. Muyu people more or less participate in a modern lifestyle. Motorcycles and cars are common means of transport. Shell money, a once important economic factor in the wider area, is nowadays only found in lexical traces. They also use cell phones although reception varies from significantly from location to location. Besides village life there is considerable migration into cities. Main targets are Tanah Merah, Merauke and Jayapura. Educational level is relatively high and young people often attend Universities in Jayapura or Merauke. Muyu communities in the cities seem to fully immerse in the national Indonesian culture. The use social media, watch TV and listen to mainstream music. All these factors make it less attractive for the younger generation to maintain the language of their ancestors.

Muyu is a Non-Austronesian (Papuan) language of New Guinea. It is spoken by estimated 2000 people living alongside the Kao and Muyu Rivers in the Boven-Digoel regency, Papuan Province, Indonesia. It’s classified as Lowland Ok, a less studied branch of the Ok language family (Trans New Guinea). There is no transmission to a younger generation. Children actively speak the national language Bahasa Indonesia. Muyu speakers are aware of nine different dialects. These are from north to south: Kasawut, Are, Ninggrum, Yonggom, Kakaip, Kawip, Kapom, Kamindip, and Okpari. This collection documents the Kawip dialect. This dialect is known throughout the area as the most intelligible dialect. This is probably the case because the Kawip dialect is spoken in the relatively central villages Upyetetko and Kanggewot. The term Kawip is analyzable as a contraction from kaduk wip which means ‚men of the middle‘. There is evidence that each dialect consists of subdialects. Kawip speakers like to subdivide the villagers into Komoyan and Medewan based on their expression for ‚What is it?‘ This collection documents Kawip mostly from Medewan speakers although some Komoyan speakers were recorded as well. The latter are labelled separately as Kawip-Komoyan. Where no subdialectal label appears, the respective speaker is Medewan.

Muyu is an SOV language with heavy functional load on verbs. Nominal morphology is largely missing, whereas arguments indexes and TAM features are marked on the clause-final verb (head-marking). Verb stems belong to one of three inflectional classes. Each class has certain complex properties of lexical aspect and Aktionsart. The most salient phenomenon of Muyu grammar is the abundant use of serial verb constructions (SVC). Serial verbs are not the only serializing structure. Monological speech is characterised through wide use of clause chaining.

Phonologically, Muyu is peculiar for its absence of fricatives. The phoneme system is with 5 vowels and 9 consonants rather simple. Contrary to other languages of the Ok family, tone is absent. Intonation is mainly used for discourse structuring purposes.

Currently there are around 10 hours of video and 1 hours of audio recording in the collection. Focus of recording was clearly on video. The audio recordings comprise mostly wordlist from a reading task and one conversation with a speaker who refused video recording. The recordings stem from 23 different speakers (4 female, 19 male) and vary in length from roughly 2 to over 40 minutes.

Each recording is supplemented with an ELAN file. All ELAN files include segmentations of the utterances. Furthermore, they provide transcriptions and translations for part of the collection. Currently available for slightly over 6 hours. If a bundle is transcribed already, the bundle description contains „Transcription included“. Likewise, if a bundle is translated already, the bundle description contains „Translation included“. More transcription and translations will be added as the project progresses.

Lexical information in form of a wordlist is available in bundle muyu074. The entries are from Muyu to English and should not be taken as exact lexical meanings.
Additionally, photographs from the villages Upyetetko, Kanggewot and Woropko are provided in three bundles (muyu071-073).

The collection contains files from four months of fieldwork. Further six months are planned. However, it is not clear yet when these field trips can take place due to the global COVID-19 pandemic.

I wish to thank the Muyu people who generously opened their homes, hearts and mouths to document their language. Special thanks to Yakobus “Jack” Wonam – the restless guard and chief expert on his ancestor‘s language.