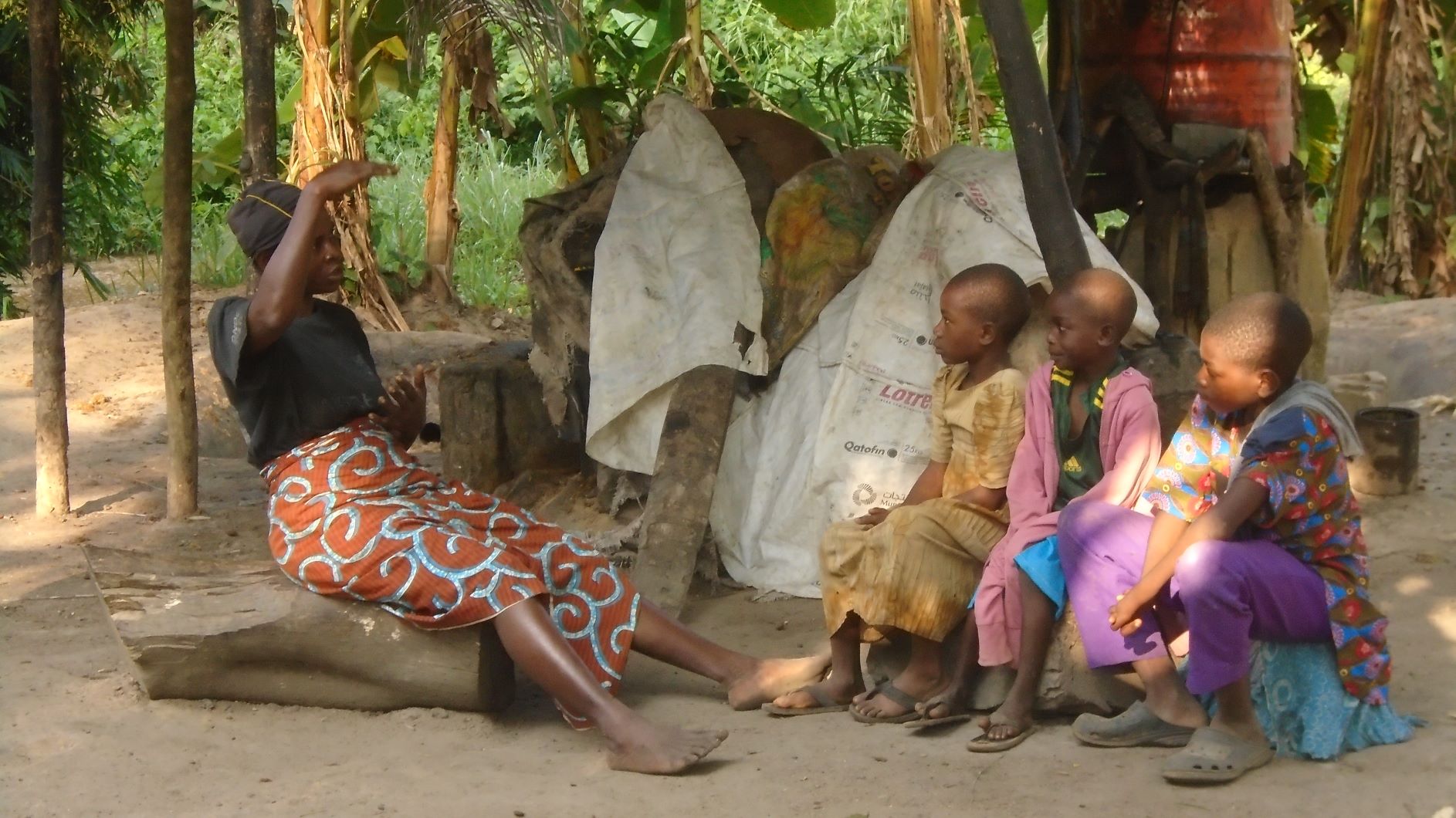 Landing page image for the collection ‘Documentation of Ehueun Language and River Worship’. Click on image to access collection.

Summary of collection Ehueun (ISO 639-3 ehu), an Akoko-Edo Edoid language spoken byless than 14,000 Epinmi natives in Ondo, Nigeria (SIL, 2000). Though of rich cultural and linguistic relevance, the extinction of Ehueun is imminent as its few speakers are vigorously shifting to Yoruba and many have urban-migrated. The language has an exquisite sound system with voiceless approximants and plosive-nasal alternation. Its speakers worship Okute, the river goddess,via a guild of seven bands of masqurades, mediated by the aged. This project documents Ehueun and the Epinmi goddess river worship, their occupation and rites of passage.

Group represented The documentation of Ehueun focuses on the Epinmi of the Akoko Edo area of Ondo State.

Ehueun is an Akodo-Edo, Edoid language spoken by the Epinmi in Ondo State, Nigeria. Ehueun is tagged vigorously endangered with works from Blench in SIL (2000) putting the natives’ population range around 14000. The number of Ehueun natives is presently debatable due to continuous emigration of native youths to the urban cities and language shift due to contact with Yoruba. Yoruba is now largely used as L1 in primary settings with Ehueun minimally used among the less traveled or educated in the community. Range of Epinmi natives’ population may be within 6000-8000 presently with 1/3 being proficient natives. Current estimated speakers noted earlier is from Oloruntogbe (2014) and preliminary field trip I engaged in to Epinmi in 2018.

Oloruntogbe (2014) is the only existing work on Ehueun. She carried out a statistical analysis to determine the degree of endangerment of Ehueun by considering language use and attitude. Where natives indicated positive attitudes over Yoruba, language use in primary and secondary settings favoured Yoruba over Ehueun. This underscores the research interest in documenting audiovisual and textual corpus of the sociocultural and linguistic aspects of Ehueun.

Furthermore, Ehueun is uniquely different from neighboring Yoruba language. Documenting the language may be interesting to anthropologists as to ‘the reasons for distinct linguistic and cultural differences between Yoruba and Ehueun, despite having claims to an Ife origin. Also, the close connection between the worship, beliefs and rituals of the Masquerade guild and Okute Goddess to the way of life of the people such as their toponyms and personal names songs, food types, drinks, and dressing; Ehueun [b/m] alternation which is not common in Edoid languages, the exotic voiceless approximant can raise the multidisciplinary interests to the language.