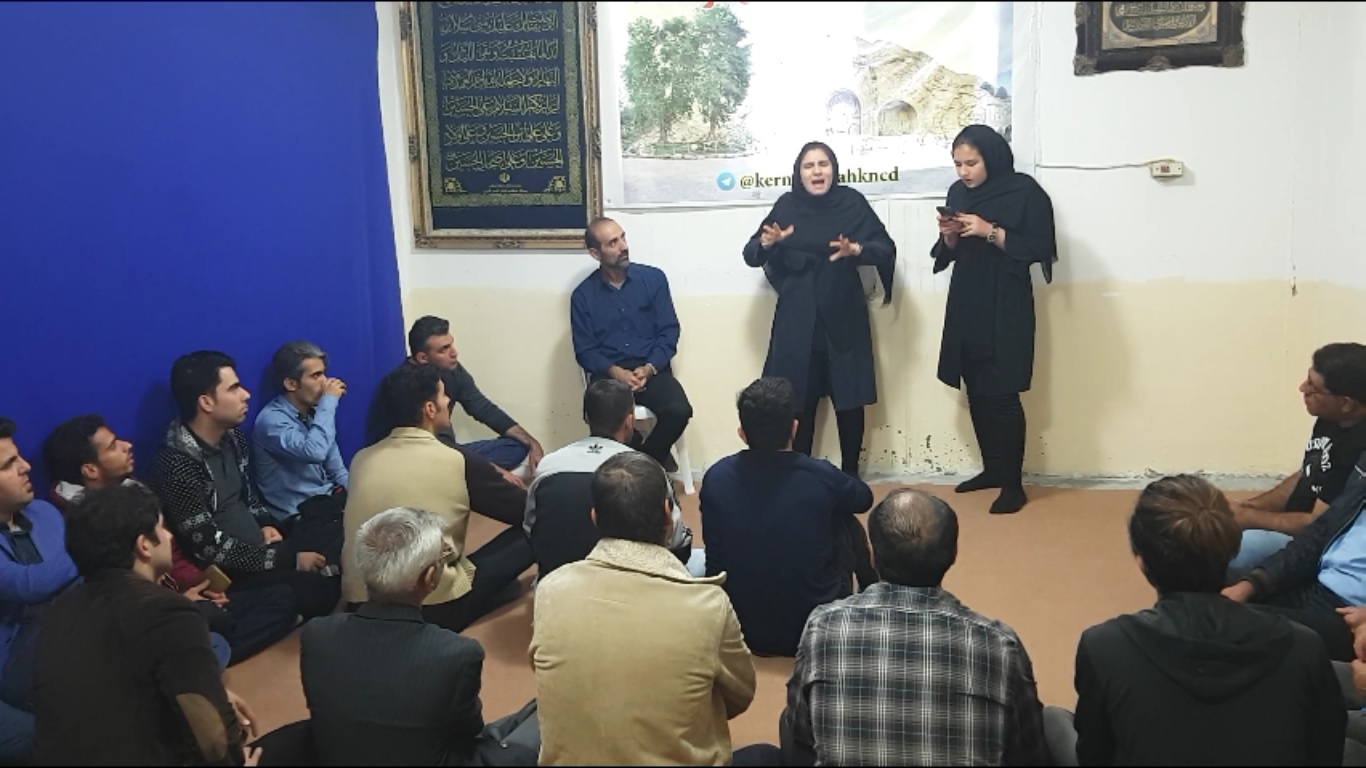 The documented data will be useful for the Iranian Deaf community in the following aspects:

The data may be of value to linguists who are willing to work on syntactic, phonological, morphological, sociolinguistic and other features of Zaban Eshareh Irani.

The deposit includes records of native signers of Zaban Eshareh Irani living in Kermanshah which is a city in the west of Iran. The recordings start with fingerspelling of the ZEI alphabet in which the signers fingerspell alphabet letters of ZEI. Then, there is an elicitation task including items for concepts such as color, food, animals, etc. Subsequently, the participants are asked to watch short movies and then they are asked to retell the story. Later, the participants are asked to have conversations in pairs guided by a deaf moderator (Sara Karami). The project team consisted of Yassaman Choubsaz, Sara Siyavoshi and Farzaneh Soleinmanbeigi. The work was also supported by Ardavan Guity. Onno Crasborn was the project coordinator, provided instructions and training and handled some of the technical issues.

This collection represents Kermanshahi users of Zaban Eshareh Irani, based on a sample of 54 signers. The Zaban Eshareh Irani users in this collection are divided into three different age group (young- middle aged and old) so that it could reflect the differences of generations in terms of signs. The consultants in each session are of the same age and gender. However, this age and gender classification was not considered in the second phase of this project.

Kermanshah province is located in the west of Iran and it consists of 14 towns (Shahrestan). The population of Kermanshah is 1,952,000 people, with the deaf community of 5,949 people.

The hearing family of deaf children normally do not use Zaban Eshareh Irani but support lip-reading, speech therapy, and cochlear implant if it is financially possible for them. With no language, the children are sent to schools where the education system and the emphasis on oralist approach have adverse effects on the academic development of children considering the delay in their acquisition of language.

There are only 3 schools for deaf students in Kermanshah: two high schools and one elementary school. There are no other schools for the deaf in other towns of the whole province, instead, deaf children sent to schools for special needs children with only one class dedicated to the deaf and the rest consisting of the students of other disability groups. The deaf child (of a hearing parent) can acquire Zaban Eshareh Irani if he/she is exposed to Zaban Eshareh Irani through having long enough communications with peers, whose level of proficiency may vary. However, sending them to ordinary schools or special schools with one class dedicated to the deaf would minimize their chance of acquiring Zaban Eshareh Irani from peers.

There are two local community centers in Kermanshah where the deaf community meets each other for cultural events or religious occasions. The Deaf community of Kermanshah is a rich community in terms of culture and tradition. They meet each other every Thursday. Naturally, since the coronavirus pandemic the gatherings are cancelled but before the pandemic, they used to gather for religious and national ceremonies. Many things had changed after the outbreak of the COVID-19. To be more specific, the Deaf Center was unfortunately closed and gatherings of the deaf community were limited.

In their gatherings, their families are also invited so that they can see how well the deaf community communicate with each other using the sign language. Some craft classes such as knitting and enameling (the art of painting and decorating metal) are also held in the Deaf Center.

The videos in the first phase of this collection were recorded in the Deaf Center of Kermanshah. The research team was very fortunate for having Sara Karami as the moderator of all tasks in all sessions (except the first two sessions). She was a member of the community and she grew up using Zaban Eshareh Irani . She also helped the project by finding consultants and making contacts with them. The videos in the second phase of the collection were recorded in a language school. After recording and annotating some of the data, it can be said that they generally show the Zaban Eshareh Irani speakers of Kermanshah use the same signs that other deaf signers of Iran use and the difference is not significant.

As Zaban Eshareh Irani is a sign language, all files are video recordings. The data includes 38.86 hours hours of tasks (alphabet, fingerspelling, elicitation of signs, retelling of a story, conversations), 1 hour of gathering, and 1 hour of ELAN, translated and glossed into English and Persian. More specifically the videos without transcriptions include:

The videos with transcriptions include:

Users of any part of collection should acknowledge Yassaman Choubsaz as the principal investigator and data collector. Users should also acknowledge Yassman Choubsaz, Sara Siyavoshi, and Farzaneh Soleimanbeigi as researchers. Please note that the Endangered Languages Documentation Programme is the funder of the project. Any other colleague who contributed to this project as an interpreter, data collector, translator, or in any other way should be acknowledged by name.