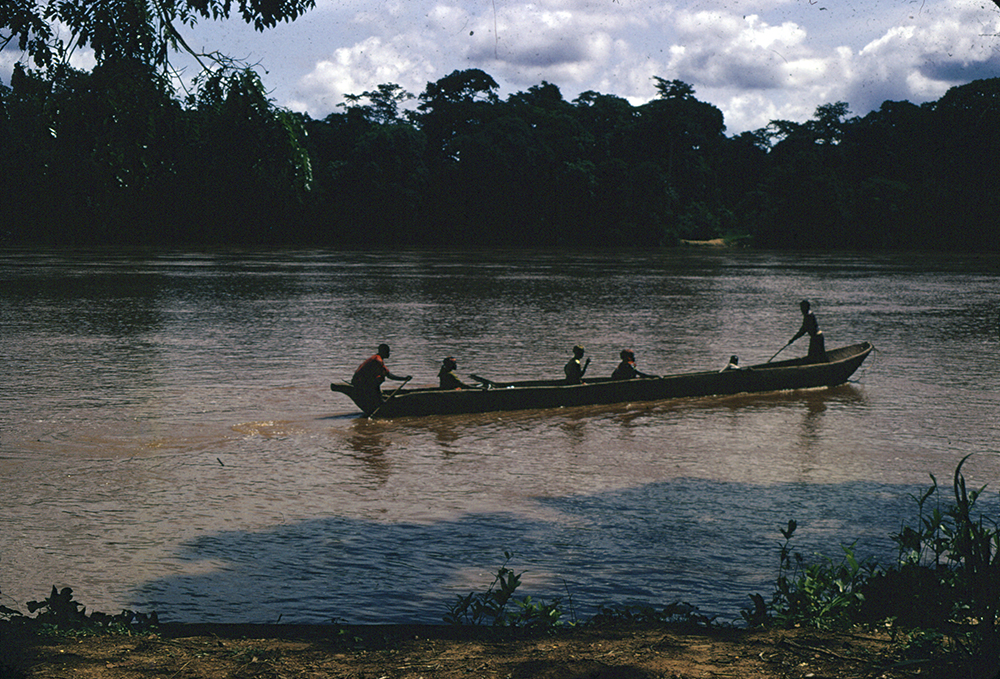 Landing page image for the collection “Recordings of Vute: A Bantoid language of Cameroon“. Click on image to access collection.

This collection formed the basis of the publication Guarisma (1978).

The Vute territory is in Cameroon, currently limited to the north by the 6th parallel, to the south by the Sanaga river, and by the rivers Djerem to the east; Ndjim and Mpem to the west. The Vute are traditionally a population of hunters and warriors.

The Vute language [vɯ́tѐé], classified by Greenberg as a Bantoid language, is spoken in the Republic of Cameroon by about 14,000 people (estimate of 1971). This study concerns the Mbandjock dialect (also known as Vute Mbanjo), in the center of Vute country.

This fieldwork allowed us to see the proximity between the Mbandjo and the Yoko dialects. A trip to Mangaï helped contrast the lexicon of Mbandjo from that collected in Ndjoré.

Users of the Vute deposit should acknowledge Gladys Guarisma from CNRS–LaCiTO as the principal investigator and the data collector. Alexandre François was in charge of coordinating the deposit, in the broader framework of LAVAFLoW (Legacy audio video archival in fourteen languages of the world).