Recordings of Zenaga: A Berber language from Mauritania 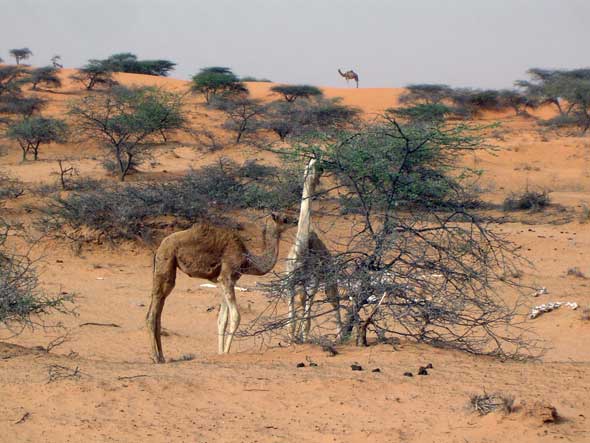 Landing page image for the collection “Recordings of Zenaga: A Berber language from Mauritania“. Click on image to access collection.

The data was collected in the late 1990’s, in Mauritania’s capital Nouakchott by linguist Catherine Taine-Cheikh (CNRS–LaCiTO). Her initial aim was to establish the phonemic system of Zenaga through a detailed study of verbal morphology.
A first recording was made with a speaker of the Tändgha tribe; all the others were made with a speaker of the Idābləḥsän tribe, born in the mid-1950s. That speaker is also the author of one of the recordings, created within his family, and involving a dialogue with his wife. This archive sheds light on the history of Zenaga-speaking communities.

At the end of the 13th century, the Saharan part of West Africa was still massively home to Berber languages. Around 1400, Arabic-speaking groups (the Bäni Ḥassân, more or less related to the Bäni Hilāl) began wandering as nomads in Western Sahara. Their variety of Arabic – now known as Hassāniya – was to domineer in the region: at the end of 19th century, Zenaga was the only surviving Berber variety in southwestern Mauritania, spoken by a few tribes. The history of Arabization in the region is poorly documented. It must have taken place very gradually, with steady decline of Berber languages to this day.

Zenaga is a Berber variety spoken in southwestern Mauritania (Trarza region, close to the mouth of the Senegal River). Together with the Tetserret of Niger, it constitutes the southwestern group of the Berber language family, which in turn belongs the Afro-Asian phylum.

Zenaga has been considered a threatened language since the early 20th century, and the situation has worsened since then – particularly due to sedentarization and formal schooling. The last speakers, all aged over 50, now speak Arabic Ḥassāniyya more easily than Berber Zenaga, which is hardly spoken outside the family. Very few speakers seem to have a real command of the language.

Zenaga has many specificities at all levels (phonetic, phonological, morphological and lexical); these can be explained by a separate development for more than a thousand years. Even though it has been influenced by its contact with Arabic, Zenaga has retained most of the basic features of common Berber. It is even the only one to have preserved certain old features (such as the original phoneme /ʔ/ ).

The data on phonetics, phonology and morphology of the Zenaga language have formed the source of various scientific writings published by Catherine Taine-Cheikh; yet the audio documentation had not yet been released anywhere. These archives are valuable due to the scarcity of archived materials in Zenaga; and also, because the main informant recorded, considered one of the last good speakers in his community, has now deceased.

This corpus, collected by Catherine Taine-Cheikh (CNRS–LaCiTO) in the late 1990s, documents Zenaga, an endangered Berber language of Mauritania. These resources include the elicitation of lexical and morphological material, as well as traditional tales, conversations and interviews. The audio recordings take the form of 16 WAV files (digitized from 8 original cassette tapes), totalling 10h56’ of sound.

Users of the Zenaga deposit should acknowledge Catherine Taine-Cheikh from CNRS–LaCiTO as the principal investigator and the data collector. Alexandre François was in charge of coordinating the deposit, in the broader framework of LAVAFLoW (Legacy audio video archival in fourteen languages of the world).