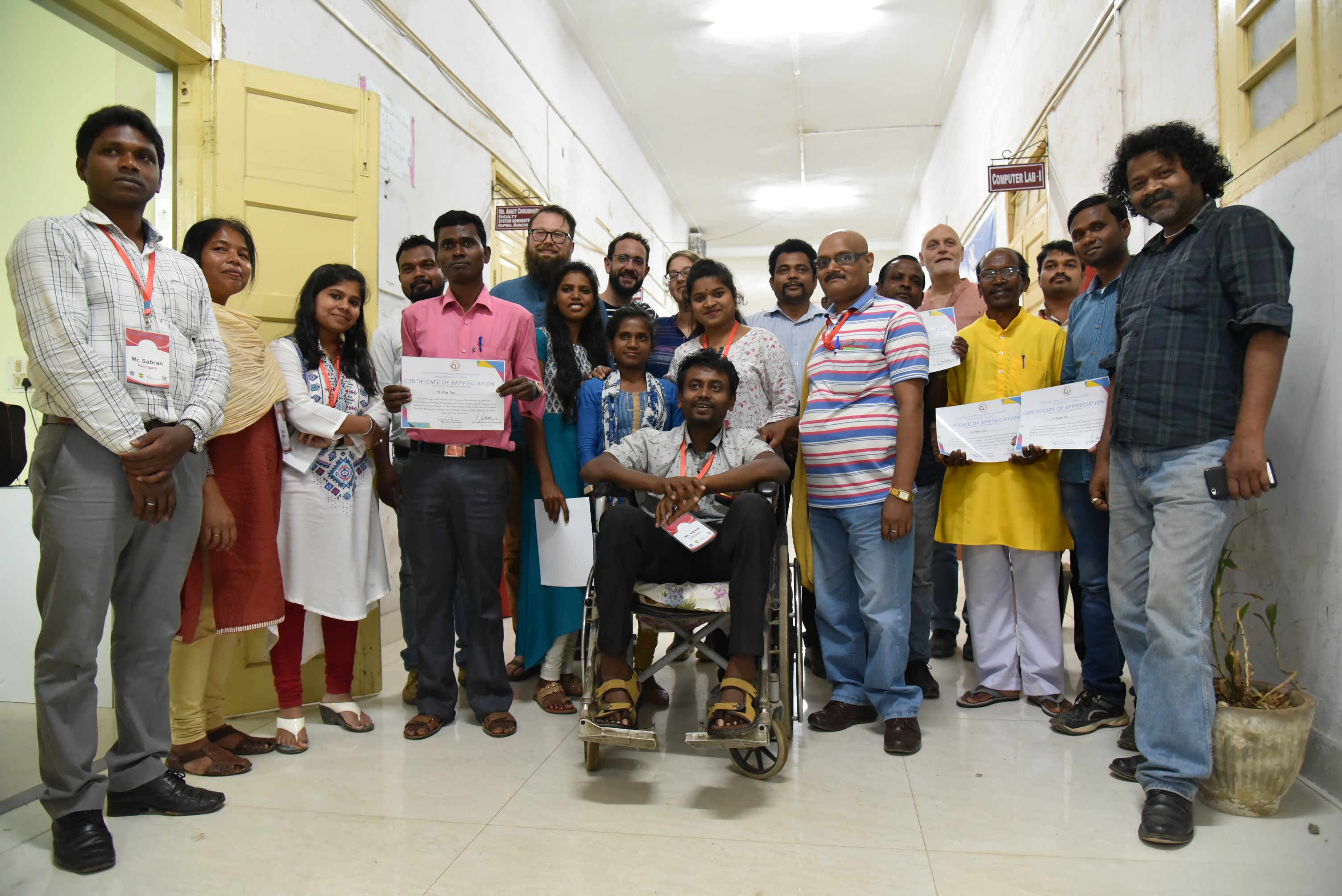 This collection contains spontaneous interviews, conversations, songs and basic dictionaries on various semantic fields in Asur, a small, highly endangered North Munda (Austro-Asiatic) language spoken in northwest Jharkhand and eastern Chhattisgarh in eastern central India. The data for this collection was all collected during the “International Workshop on the Documentation of Endangered Languages and Cultures – With Special Reference to Jharkhand” at the Dr Shyama Prasad Mukherjee University, Ranchi, Jharkhand, India from April 14-23, 2019.

Many of the interviews and conversations are either partially or entirely in Sadri (Nagpuri), the lingua franca of western Jharkhand and eastern Chhattisgarh, as well as Hindi.

Traditionally, the Asur were iron smelters, although most Asur are now small farmers. They live in close proximity to the Birjia, whose language is very close to Asur and which Asur speakers easily understand, but which they consider a distinct language.

Asur is a minority language spoken in eastern central India. It belongs to the Kherwarian group of the North Munda branch of the Austro-Asiatic language family. In linguistic and ethnological studies, the language is usually referred to as “Asuri”, although speakers prefer the term “Asur” for both themselves and their language. The total number of speakers is between 5,000 – 10,000 speakers. Asur is primarily spoken in western and northwestern Jharkhand state, but there are also Asur-speaking groups in eastern Chhattisgarh state, bordering Jharkhand state to the west. Asur speakers are generally multilingual and also speak Sadri (Nagpuri), the Indo-Aryan lingua franca of western and central Jharkhand, and very often also Hindi, the official language of both the Republic of India and the state of Jharkhand.

The Asur collection comprises 100 bundles that reflect mostly spontaneous language in the form of interviews, narratives, explanations and song and dance. Each bundle contains a video, there are four additional bundles, which contain dictionaries created with WeSay by the trainees groups working together. The collection also contains an audio recording by participant Sunil Baraik singing song “Ni Demu” (which is used as a showreel for this colletion) including the lyrics in Sadri and a translation in English. Out of the 100 videos, 89 feature the language consultants Sangeeta Asur, Ajay Asur Toppo, Anil Asur Beng, Jitrai Asur Toppo, Kamlesh Asur Aind or Mahesh Asur Aind being interviewed by one or more participants of the workshop. Their conversations cover a wide range of themes such as various aspects of the Asur community, their beliefs and traditions, but the language consultants and participants also talk about the importance of language documentation and the danger of language extinction. Several videos contain lexical elicitations of words and sentences based on the Swadesh List and another four videos focus on elicitations and procedural discourse. Since the main focus of this collection was on Asur, this language is heard in most of the videos, but Sadri and Hindi are often used to communicate with each other. There is also one video in Odia and another one in Kurukh, both of them show interviews with pedestrians in Ranchi. Three videos feature Jugal Iohar, Raju Tana Bhagat and Shankar Bhagat who are farmers belonging to the Tana Religion. They talk in Sadri about farming in Ranchi and about their belief. The total length of the videos is about 11 hours.

Additionally to the video resources, there is one bundle, which contains 15 pictures with corresponding explanations, taken during the workshop.

The materials are openly accessible.

The data for this collection was collected during the “International Workshop on the Documentation of Endangered Languages and Cultures – With Special Reference to Jharkhand”, which took place at the Dr Shyama Prasad Mukherjee University in Ranchi, Jharkhand, India from April 14-23, 2019. The workshop was organized by the Dr Shyama Prasad Mukherjee University, the Dr Ram Dayal Munda Tribal Welfare Research Institute, the government of Jharkhand and the Endangered Languages Documentation Programme (ELDP). Attendees were trained in modern methods of language documentation starting with language use and interaction, multimodality focussing on manual gesture to semantics lexical elicitation. Sessions included training in video and audio recording, as well as the use of software for transcription and translation, dictionary creation and metadata creation. The training content was then put into practice by the students who worked with Asur speakers over 4 days conducting small documentation projects in groups. All materials recorded were compiled and handed to the Asur speakers and were deposited in ELAR.

The video resources and pictures in this collection reflect on the course of the workshop: from meeting the language consultants and working in groups under the guidance of a trained linguist, to setting up and testing the equipment, learning how to collect linguistic data and how to deal with technical and communication difficulties. All the materials have been collected by the participants themselves and handed to the Endangered Languages Archive (ELAR).

A special thanks to all who have made this workshop a success, especially to the language consultants and workshop participants who compiled the first-ever archived multimedia collection of Asur.

Users of any part of the collection should acknowledge John Peterson and Abhay Sagar Minz as those responsible for publishing this data online. Users should also acknowledge the Endangered Languages Documentation Programme (ELDP) for its generous support both in carrying out the workshop but also in preparing this material for publication online. Individual speakers whose words and/or images are used should be acknowledged by respective name(s). Any other contributor who has collected, transcribed or translated the data or was involved in any other way should be acknowledged by name. All information on contributors is available in the metadata.