Documenting environmental knowledge in Abui, a language of eastern Indonesia 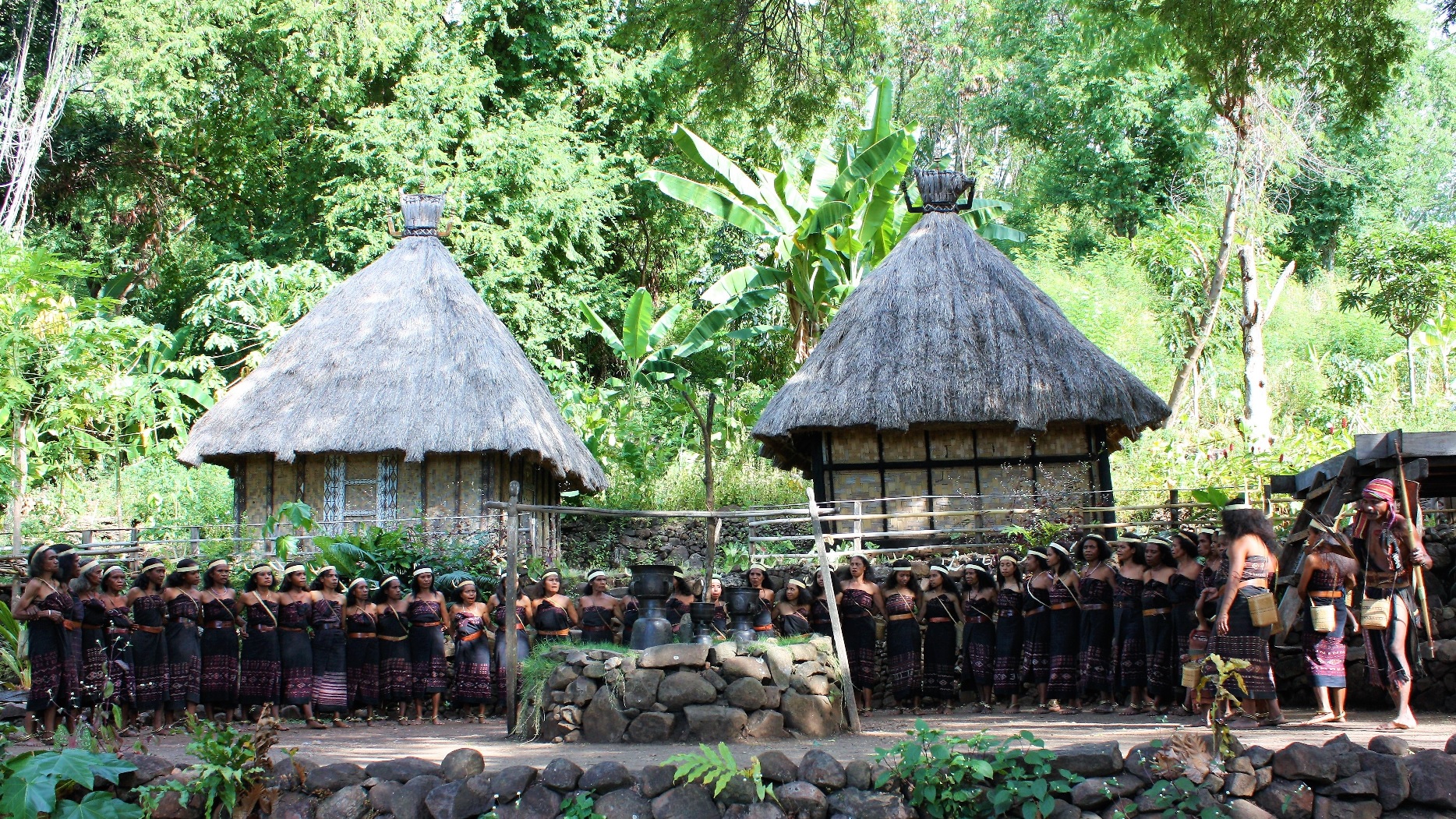 Landing page image for the collection “Documenting environmental knowledge in Abui, a language of eastern Indonesia”. Click on image to access collection.

These Abui language materials primarily encode information related to local- and traditional- ecological knowledge. There are also free conversations and stories selected by speakers. They were created from 2019-2020 by the principal investigator, A.L. Blake, as well as other team members.

The collection created within this project focuses on speakers of Abui, a member of the Timor-Alor-Pantar family. The Abui are the largest ethnic group on the island of Alor and reside primarily in the mountainous central interior region of the island. Many Abui people are engaged in subsistence agriculture and small-scale growing of cash crops, such as coffee, vanilla, and cacao. They also harvest wild forest products for timber and other uses. The northwestern boundary of the Abui territory abuts the district capital of Kalabahi, with a population of nearly 20,000 people, and many Abui people now travel regularly between the Abui region and the district capital. Many Abui have settled in Kalabahi either permanently or semi-permanently. In addition, there are Abui diaspora communities in the provincial capital of Kupang on the island of Timor, as well as in major urban centers in Western Indonesia, including Bali and Jakarta.

Abui (ISO 639-3 abz) is a non-Austronesian language of the Timor-Alor-Pantar family. Although larger genetic relationships for the Timor-Alor-Pantar family have been proposed, supporting evidence for these are lacking (Robinson and Holton 2012; Holton and Robinson 2017). The Abui comprise one of the larger ethnolinguistic groups of Alor Island, East Nusa Tenggara province, Indonesia; speaker numbers are estimated at 17,000. However, there is considerable linguistic variation within the Abui territory, and more in-depth dialect comparison remains to be done (Klamer 2017). Recently, there is rapid shift to Alor Malay, the local lingua franca, as well as to the Indonesian national language, among the younger generation.

Abui has a very typologically unusual system of morphosyntactic alignment such that S (the single argument of an intransitive verb), A (the agent of a transitive verb) and P (the patient of a transitive verb) arguments are all ‘split.’ Considered a semantic alignment system, features of the event participants such as specificity, control, volition, instigation, affectedness, individuation, change, and change of state are thought to influence free pronoun use as well as cross-indexing on the verb (Kratochvíl 2011). With paradigm sets for five different verbal prefixes for undergoers, Abui’s differential object marking is complex.

This collection includes over 50 hours of audio and video recordings. Approximately 35 hours of these recordings have word level transcriptions. The collection also contains 104 photographs of plants growing and at different stages of processing. The FLEx database of Abui botanical terminology has 1205 headwords; 978 of them fall under the semantic domain “1. 5 – Plant.” Of these entries, over 300 can be assigned to a scientific genus or genus and species with some confidence. Plant descriptions and uses are also detailed.

This is the first documentation collection focusing on plant knowledge in a language of the Timor-Alor-Pantar family. The elicited data include free lists and pile sorts, which are rarely made available as primary data.

This project, in creating a record of traditional ecological knowledge, makes explicit the Abui people’s assumed claim to their intellectual property. Any data regarding biodiversity-related knowledge collected as a part of this project are the speakers’ own intellectual contributions, to be used only with their permission. If another party wishes to use Abui knowledge for development of medicinal, agricultural, or other technologies, the Abui themselves should be a party of any contractual agreement. Users of any part of the collection should acknowledge A.L. Blake as the principal investigator. Users should also acknowledge the Endangered Languages Documentation Programme as the funder of the project. For each bundle, users should acknowledge the speakers, transcribers, and other contributors as listed in the metadata.