An audio-visual documentation of Chamalal, a language of Dagestan (Russia) 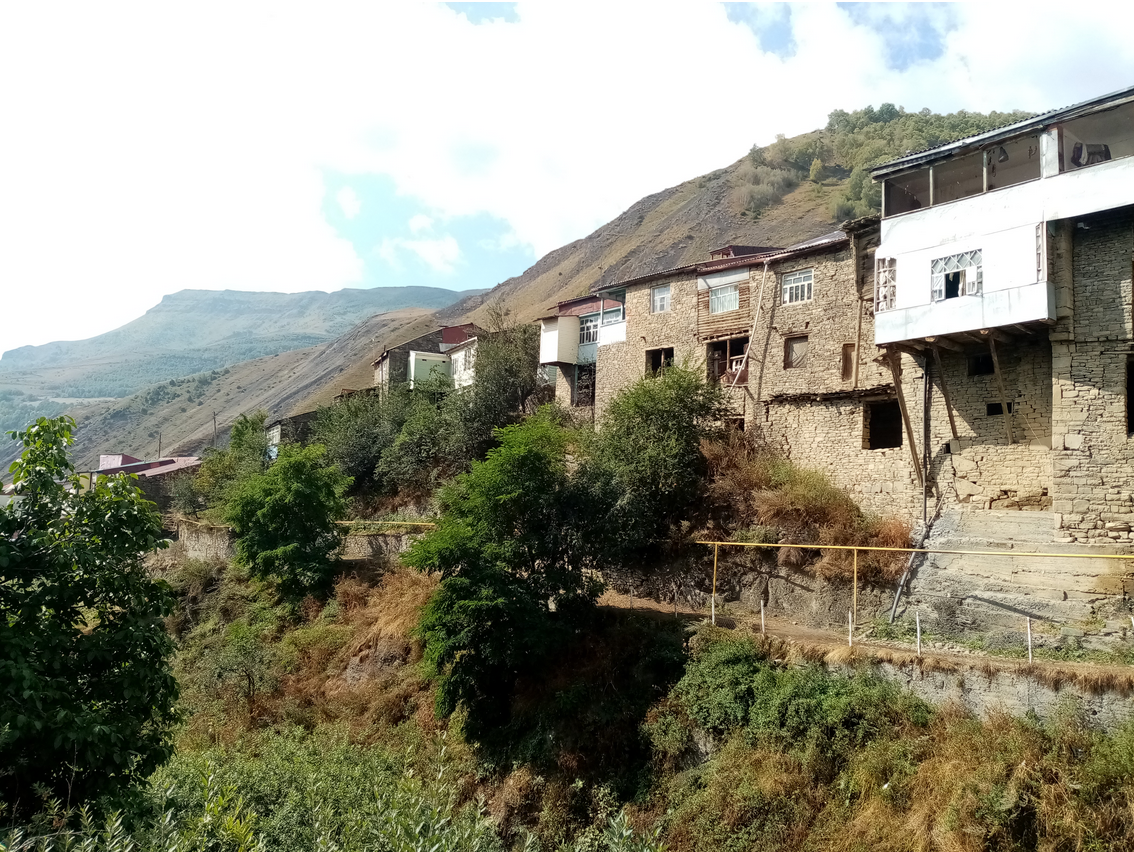 Landing page image for the collection ‘An audio-visual documentation of Chamalal, a language of Dagestan (Russia)’. Click on image to access collection.

The centre of this project is creating an audiovisual corpus of Chamalal language (Andic, Russian Caucasus) and the culture surrounding it.

The data is being collected by Kristian Roncero, linguist and principal investigator, and the community member themselves.

The collection contains annotated audiovisual recordings from a diverse range of speakers (with translations available in English and Russian), but also information about traditional ecological knowledge, Chamalal traditional lifestyle, and informal economy.

Chamalal is an Andic (Nakh-Dagestanian) language spoken in the alpine region of Dagestan and the adjacent part in Chechnya (Russia). There are at least two main varieties of Chamalal: Gakvarian, the most spoken; and Gigatlian, spoken only in one village, which is in transition between Gakvarian Chamalal and Godoberi (Magomedova 2004). There are no precise figures of the number of speakers, since they are often misclassified as ‘Avar’. Magomedova (2004) counted 12000, whereas most descriptions (Alieva, Bokarev) point to less than 5000, and the Russian Census (2010) only 24. In any case, the online version of the Unesco Atlas of Endangered Languages (2017) classifies it as “definitely endangered”. Many young people are migrating to bigger Russian-speaking cities (in Dagestan, as well as Moscow and St. Petersburg), resulting in the language not being passed into their children. Andic languages are characterised by a rich verbal system, more specifically a very interesting encoding of tense, aspect and mode (Tatevosov, 2003). Yet, the Andic family is the group of Dagestanian languages that has been least studied and is particularly poorly represented in terms of audiovisual documentation.

Chamalal is a spoken in the Russian Caucasus. Chamalal people refer to their language as Chamalal mitsts (lit. ‘the language of the Chamalal’). The exact meaning of the word ‘Chamalal’ is obscure, but it is probably an Avar loanword meaning ‘apricot’ (given the abundance of this tree in the valley). Chamalal belongs to the Andic language family, which itself belongs to the Nakh-Dagestanian (a.k.a. Northeast Caucasian) (macro-)family.

Most of the speakers live in the mountainous district of Tsumada (Dagestan) between 800 and 2000 meters above sea level. The majority of the population professes Suni Islam. The area having been under Persian settlers (as well as other Muslim groups) for centuries, there is a rich influence of Persian and Arabic in the lexicon. The area became part of the Russian Empire in the 19th century, which particularly since the times of the Soviet Union, brought a significant influence of Russian (and Soviet) culture and language. Nowadays, the majority of the population is bilingual in at least Russian and Chamalal (with the number of young Chamalal speakers decreasing under the influence of the rural exodus). Schooling is primarily in Russian, with some Literary (or Classic) Avar being taught, which serves as a lingua franca between different groups in the region.

Other languages sporadically included in the material are Arabic, Avar and Russian.

This collection is a multi-dialect corpus of Gakvarian Chamalal. Together with the purely linguistic descriptions (a grammar sketch; an article on phonology; and another article on verbal morphology) the collection also includes literacy materials as well as written stories by Chamalal speakers, as product of the literacy programmes.

The majority of bundle in this collection are audio-video recordings. There are 35 hours of dialogues, narratives and interviews covering topics like life in the past and nowadays; marriage and family bounds; informal economy; traditional ecological knowledge (TEK) and music.

The transcribed texts have translations available in Russian and English. ELAN transcriptions and interlinearisations will continue to be added as they are processed.

Users of any part of the collection should acknowledge Kristian Roncero as the principal investigator, data collector and researcher. Users should also acknowledge the Endangered Languages Documentation Programme as the funder of the project. Individual speakers whose words and/or images are used should be acknowledged by name. Any other contributor who has collected, transcribed or translated the data or was involved in any other way should be acknowledged by name. All information on contributors is available in the metadata.