Towards the documentation of communicative practices in Buu: a pilot project 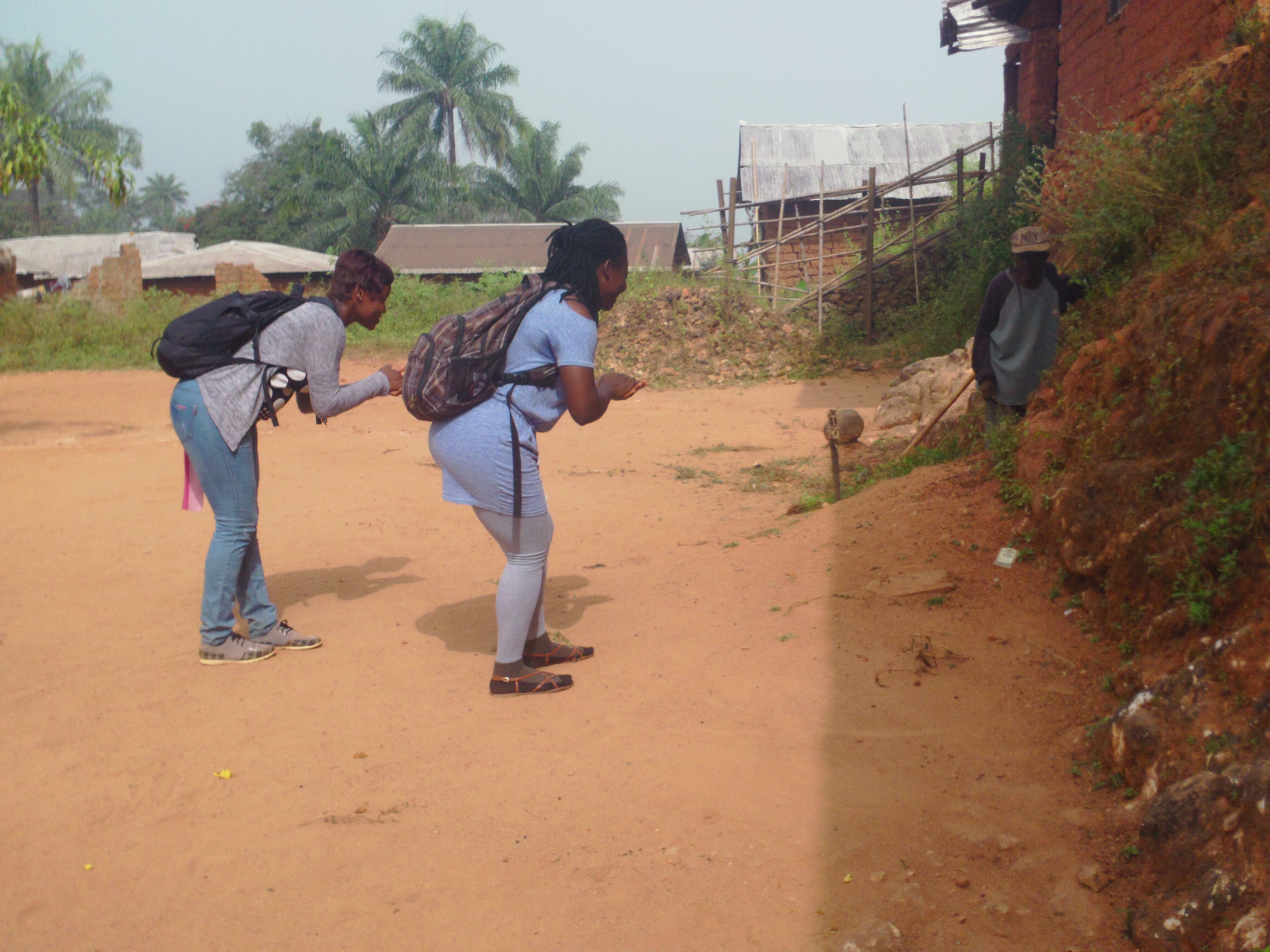 Deposit page image for the collection “Towards the documentation of communicative practices in Buu: a pilot project”. Click on image to access collection.

I (Rachel Ojong, PI) plan to do recordings of naturally occurring conversations of individuals in Buu (audio and video) and, because the project is ethnographic in nature, I will also do a lot of systematic observation. For example, I will devote about four hours in the morning and four hours in the evening to just observe how people interact in public (e.g. on the road or in the chief’s palace) and private contexts (e.g. in the fields or in the home). I also plan to do ethnographic interviews using a very comprehensive interview guide that elicits the biographical information of the respondent. Ideally, my aim here is to get all the relevant ethnographic and biographical details for all the speakers present in my recordings. I will select three contexts for my documentation: (i) a mixed household (see community contexts), (i) a half-day in the life of a (normally multilingual) speaker, and (iii) a half-day in the life of a traditional healer. These three contexts differ because the first one (i.e. the mixed household) will provide access to daily interactions in the home among family members and between these and possible guests; the second will allow me to document interactions between an individual and other (normally multilingual) individuals outside of the home; the third represents an opportunity to document the linguistic behavior of an individual – a traditional healer – who will most likely be more conservative in his language choices.

At the end of the recordings that will be done (video and audio), I will sit down with some of the consultants and listen/watch the recording and do annotations on ELAN files. By default, the ELAN files will comprise tiers displaying: the speakers, the context, the language(s) used, the topic being discussed, and a free translation in English.

Communities in Lower Fungom including Buu are hardly self-encapsulated; there is a lot of interaction going on between them with reciprocal actions and influence. This is reflected in their communicative practices, too. This has built their character towards accepting others into their midst, including researchers. The community can thus be said to be very accommodating for research, which is a factor needed for the success of any research endeavour. Most importantly, senior researchers like Jeff Good, Pierpaolo Di Carlo and Rebecca Voll who have made a noble mark in this region make further research in this area less complex. 7/18 Buu is one of the smallest villages in Lower Fungom currently without a village head (commonly referred to as a Fon) but with a regent.

Buu is currently found in ethnologue under another language name, i.e. Mundabli with ISO code [boe]. However, recent research is indicating that Buu is different from Mundabli and cannot be held as one of its varieties, whereas Buu and Mundabli (the other two lects included under [boe]) should be considered as varieties of the same language. Buu is spoken in Lower Fungom, a region of North West Cameroon which is one of the linguistically most diverse parts of the Cameroonian Grassfields: eight languages, or small language clusters, are spoken in Lower Fungom’s thirteen recognized villages, meaning there is about one language per thirty-four square kilometers. Speaker populations range from 150 to 3,000 with an average of about 1,200 speakers per language. Buu lies at the lower end of this range (population less than 200). Buu (sometimes spelled Bu) appears to be under Mundabli in Ethnologue forming, together with Mufu, what Good et al (2011) refer to as the Ji group of languages. The earliest work mentioning any language of the Ji group is the information on the noun class system of Buu found in Hombert (1980). Of the three varieties in the Ji group, Good et al (2011) assert that only Mundabli has been subject to extensive investigation (by Rebecca Voll). They also state that the work that has been done on Mufu and Buu indicates that the varieties Mufu and Mundabli can probably be considered dialects of the same language, while Buu is probably best considered a distinct language (see also map in Di Carlo 2016). One of the key features of the Lower Fungom language context is the high degree of multilingual competences found among speakers. Esene Agwara (2013) has found that there are virtually no monolinguals in the area: Pidgin English is the default second language but most people speak also a number of local languages. As an average, women speak 4 languages and men speak 5 languages. Also worth noting is the degree of endangerment of the language in question. Buu is a very small village comprising no more than 200 people so exposing this language to high risk of being lost (it is one of the closest to Lake Nyos where, in 1986, a limnic eruption killed about 2,000 people).

This deposit will reveal ways to deal with multilingualism in a documentary project. I envisage that the deposit will reveal outcomes that are in line with both
the ancestral-language and the non-ancestral language modes of documentation. The ancestral-language mode will be exemplified by the collection of Buu oral history in Buu and by the phonological and morphological annotations of select chunks of monolingual behaviors in the audio and video recordings from the three target contexts.

By contrast, the non-ancestral language mode will be exemplified by the strong ethnographic component of this project (i.e. observation, interviews, biographical details for all the speakers recorded). The deposit will also comprise a booklet and a CD or DVD which I plan to offer to the community.

Items to be distributed to the community:

Data for this work will be collected in sessions. The first one will be in September 2018 while the second will be in January 2019. The data is part of a postdoctoral research of Rachel Ojong Diba, the principal investigator.

Users of the collection should acknowledge Rachel Ojong Diba as the PI and data collector. The Endangered Languages Documentation Project should be acknowledged as the funding body of the pilot study. For the overall supervision, Pierpaolo Di Carlo should be acknowledged. Information on every other contributor will be available in the metadata.