Pan-dialectal documentation of the Yei language 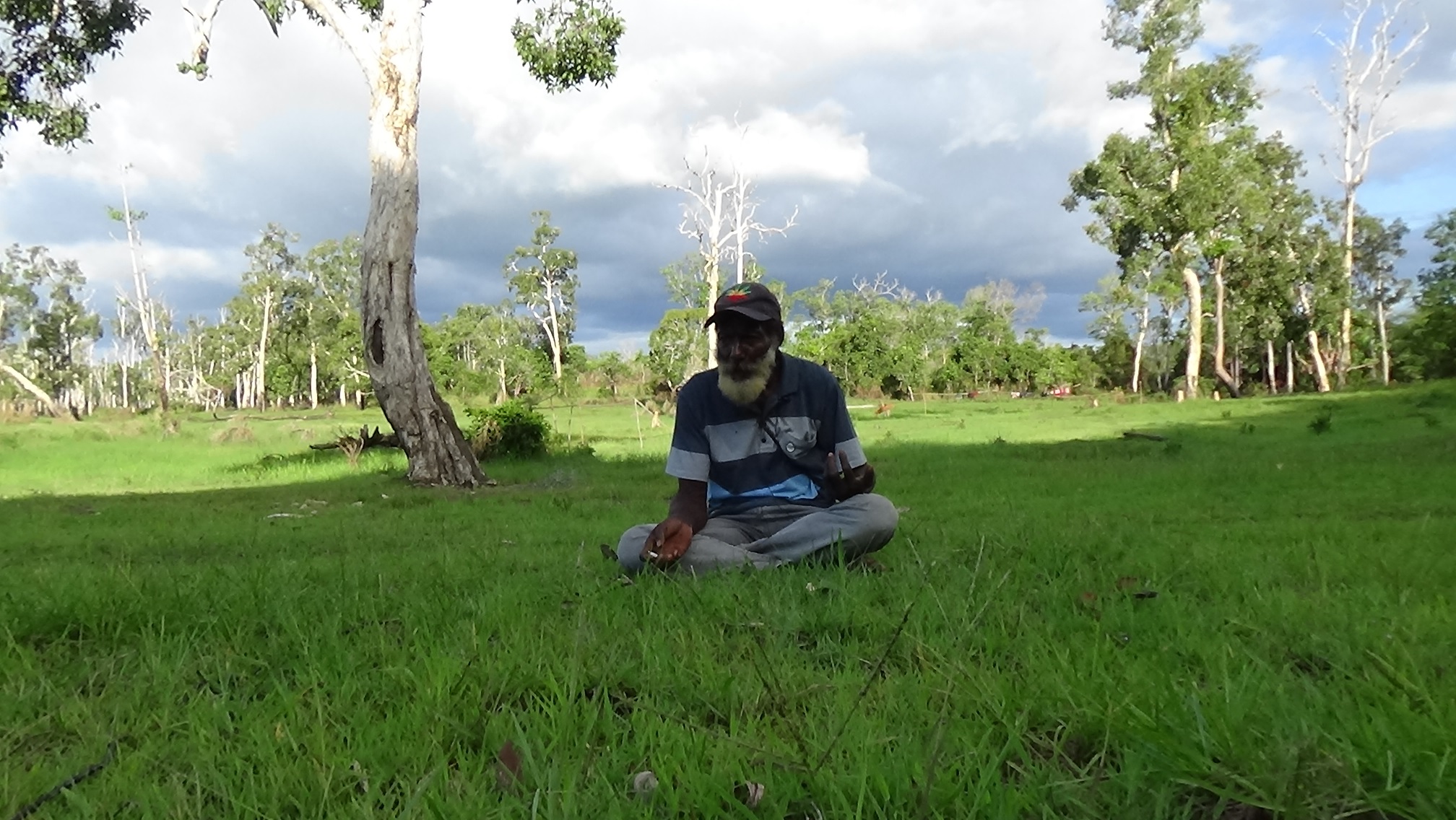 Landing page image for the collection “Pan-dialectal documentation of the Yei language”. Click on image to access collection.

This collection is a documentation of the Yei language as spoken across each of the six Yei speaking villages.

The data was collected by Matthew J. Carroll, linguist and principal investigator in collaboration with Agustinus Mahuze, locally based non-Yei speaking language documenter and members of the Yei speaking community listed in each of the bundles.

The collection primarily consists of audio-visual recordings. Textual recordings are transcribed and translated with Elan. There are also wordlist and verbal paradigm elicitation sessions included in the deposit. Several texts have interlinear glosses which are found in a FLEX database along with an introductory lexicon of 821 words.

The topics of documentation were chosen by community members in each of the Yei villages. In each village, a meeting was held with the local cultural authorities to determine the appropriate topics for documentation for that village. Individual participants also chose their own topics in-line with the village meeting. There are over forty (40) participants in the collection across the six villages. Topics chosen range from village history, hunting and agricultural practices to ornithological knowledge.

The Yei people, or Yei-nan, are a Papuan people who live in several villages in the upper reaches of the Maro river in the Merauke regency of Papua, Indonesia.

Yei is a language spoken along the upper reaches of the Maro River, in the Merauke regency, Papua, Indonesia. It is a first-order branch of the Yam family of languages which are spoken across southern New Guinea.

The vast majority of its estimated 1400 speakers live in six villages the lie in a region of around 70kms north to south all within 30kms to the border with Papua New Guinea. There are two main dialectal distinctions and these are known as Upper Yei and Lower Yei. Upper Yei is spoken in a cluster of three villages in the higher land at the upper reaches of the Maro river. Lower Yei is spoken in the three villages which reside in the lower marshy region in the south.

Like all Yam languages, it is notable for its complex verbal inflection. Verbs index up to two arguments cross-cut with a complex TAM system resulting in large paradigms. This complexity is amplified by a tendency to distributed exponence over multiple affixes and for each affix to have multiple cumulative meanings further complicated by unusual or morphomic syncretisms.

Another notable phenomenon is the double verb construction. Related constructions are present in all Yam languages but not to the extent that has been observed in Yei. These involve a nominalised form of the verb co-occurring with a fully inflected verb in standard monoclausal sentences.

One major component of the collection of parallel texts across each of the villages intended to capture geographic variation. Documentation goals were established for each community independently but many of these were consistent across the villages.

In response to the changing geopolitical landscape of the region over the 20th century, many groups of Yei people were resettled into villages in different locations from their original sites. Clans who once lived in closely affiliated hamlets were moved into larger villages with neighbouring clans. As such, members of different families and clans have distinct stories about the movement of their families from smaller hamlets into larger villages. The telling of each of these ‘village histories’ is unique but often cover similar topics providing both breadth of coverage and depth of information about variant ways to express the same topics. Similar yet less extensive texts have also been collected on hunting and agricultural practices.

The data is structured to give a picture of geographic variation found in the Yei language across all its locations. The collection contains 111 Recording-sessions totalling over 14 hours of total documentation including:

The most linguistically significant data is the text collections on a range of topics designed to provide comparability between villages and chosen by the communities themselves. This is supplemented by wordlist data collected in each village. The wordlist is based on the Yamfinder wordlist designed for use in southern New Guinea. This consists of a set of basic vocabulary supplemented with specific concepts for the region. To gain a picture of language vitality and local understanding of language variation socio-demographic interviews were conducted in each village with a suitably senior member of the village, typically the village administrator (Sekdes) and/or customary elder (Ketua Adat). Finally, the collection consists of elicitation of the complex verbal paradigms and other grammatical information across the six villages.

The data collected is part of an ELDP funded project 2019-2021. Fieldwork was conducted in 2019 and this material was deposited in 2020. Due to the COVID-19 pandemic further visits were not possible. Instead, remote fieldwork was conducted through various telecommunication methods. This allowed for further transcription and translation and glossing of texts.

Textual material has been transcribed and translated in Elan through the collaboration of speakers and a linguist.

Users of any part of the collection should acknowledge Matthew J Carroll as the principal investigator, the data collector and the researcher. Users should also acknowledge the Endangered Languages Documentation Programme (ELDP) as the funder of the project. Individual speakers whose words and/or images are used should be acknowledged by respective name(s). Any other contributor who has collected, transcribed or translated the data or was involved in any other way should be acknowledged by name. All information on contributors is available in the metadata.