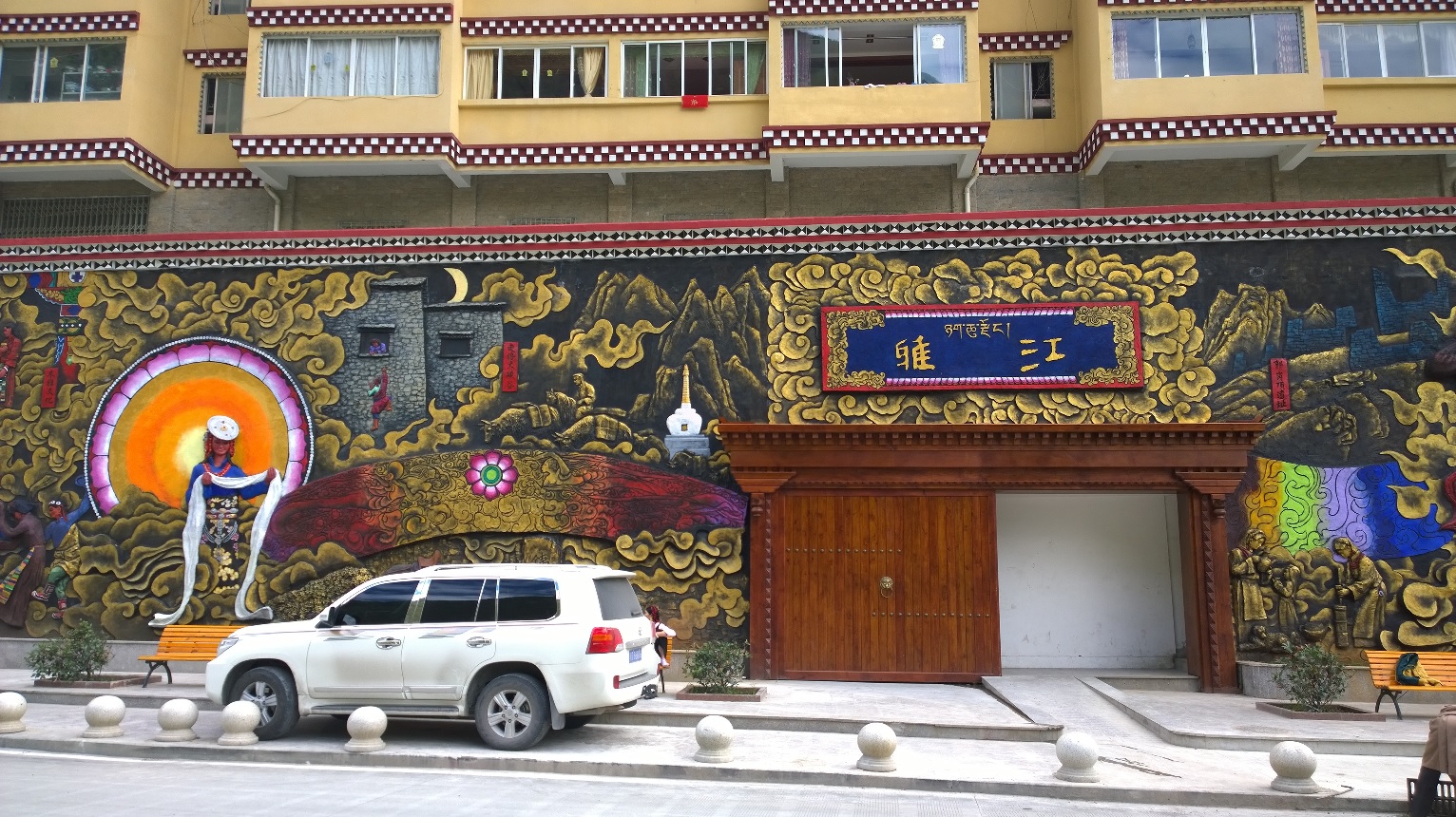 Deposit page image for the collection “Documentation of Choyo (Queyu) and its cultural traditions”. Click on image to access collection.

This will be a collection of Choyo texts, audio and video recordings that cover linguistics and sociocultural perspectives of Choyo community in Yajiang County of Sichuan. Both elicited and natural speech data will be included, as well as annotatations and transcriptions of the audio and video files. Pictures and field notes are also available.

The data are collected by Xuan Guan, a PhD linguistics student at University of Oregon.

Choyo is spoken in Ganzi Tibetan Autonomous Prefecture in Sichuan. Speakers of Choyo mainly reside in the counties of Xinlong, Litang, and Yajiang. This collection represents the Yajiang variety of Choyo, and most speakers of this collection are originally from the Town of Pubarong who are currently residing in the Town of Yajiang, due to the dam construction.

Choyo is an understudied and underdocumented Tibeto-Burman (TB) language spoken in Ganzi Tibetan Autonomous prefecture, Sichuan province, China. Though speakers are classified as Tibetans, Choyo belongs to the Qiangic branch instead of Tibetic, with approximately 6000~7000 speaker population. Due to the construction of a nearby dam, many Choyo village inhabitants are being relocated to other towns and cities, which is expediting the linguistics and cultural loss.

The hypothesis of a Qiangic sub-branch of TB language has a relatively short history, and is not without controversy. While Sun (2001) consider 13 languages spoken in Sichuan form Qiangic sub-branch, other scholars (Chirkova 2012, LaPolla 2003) have different opinions towards this subgrouping. Chirkova (2012) considers the similarities shared by the Qiangic languages are areal features. On the other hand, LaPolla (2003) argue that several members of the Qiangic branch (rGyalrong, Khroskyabs and Horpa) form another group called Rung with Kiranti languages, Dulong-Rawang-Anong, the Kham languages, and the Western Himalayan languages. Currently Choyo is the least studied language in the Qiangic sub-branch. The documentation and analysis of Choyo will answer several important questions in TB studies.

I plan to collect:

I plan to yield:

Users of any part of the collection should acknowledge Xuan Guan as the principal investigator, the data collector and the researcher. Users should also acknowledge the Endangered Languages Documentation Programme (ELDP) as the funder of the project. Individual speakers whose words and/or images are used should be acknowledged by respective name(s). Any other contributor who has collected, transcribed or translated the data or was involved in any other way should be acknowledged by name. All information on contributors is available in the metadata.