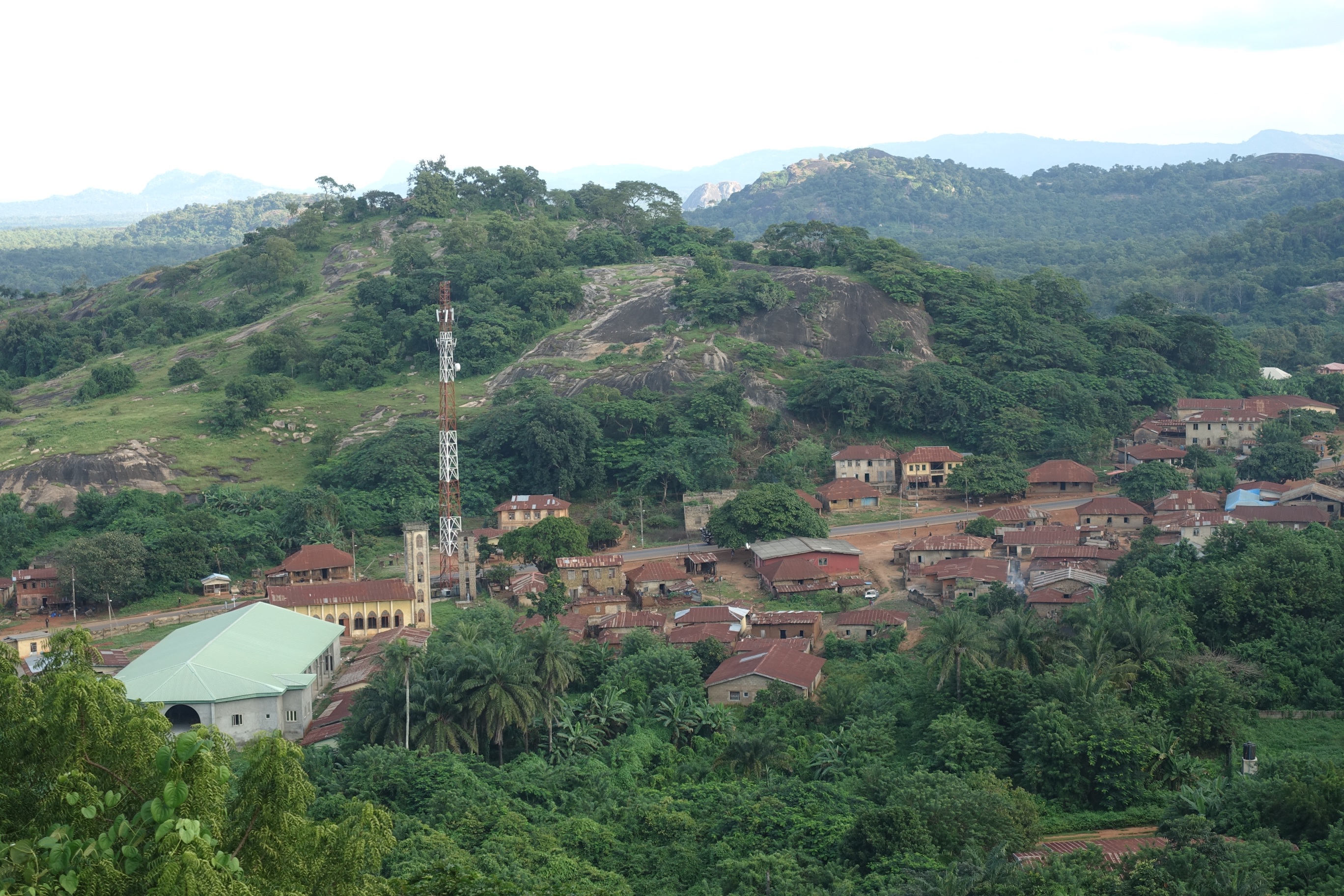 Abesabesi – often referred to as Akpes in literature – is a minority language spoken by approximately 7,000 people in southwestern Nigeria. A gradual shift towards the regional lingua franca Yoruba is favored by rapid urbanization and unfavorable language attitudes. This project is based in the town Ikeram (Ondo State) to document the language and create an audio-visual corpus with time-aligned transcriptions. The corpus feeds into an electronic reference grammar of the Abesabesi language, which will be developed as a case study.

The collection focuses on speakers of Abesabesi. As fieldwork took place in Ikeram, almost all recordings capture the local variety, called Ekiromi. Abesabesi-speaking people, along with many other minority peoples of the region, have integrated into the Yoruba socio-cultural milieu (Oyetade 2004). This is also reflected by the speakers’ attitudes towards Àbèsàbèsì. Young people prefer Yoruba to Abesabesi and intergenerational transmission is at risk of ceasing altogether (Agoyi 2014:4). Yoruba is generally perceived more positively by the population. This is reflected by the superior proficiency in Yoruba compared with Abesabesi (Oyetade 2004:536). Both, the looming discontinuance of intergenerational transmission and unfavorable language attitudes are causing a gradual shift towards Yoruba, which is endangering Abesabesi. The endangerment of Abesabesi is additionally increased by rapid urbanization. References: Agoyi, Taiwo Opeyemi. 2014. Àbèsàbèsì Language Documentation and Maintenance. The International Journal Of Engineering And Science 3(7). 1–7. Oyetade, S. O. (2004). Language Endangerment in Nigeria: Perspectives with the Akpes Cluster of Akoko Languages. In A. Akinlabi & O. Adesola (Eds.), Proceedings of the 4th World Congress of African Linguistics New Brunswick 2003. Cologne: Rüdiger Köppe.

Abesabesi is a minority language of southwestern Nigeria. It is spoken in nine villages in the Akoko North East and Akoko North West Governmental Areas of Ondo State by around 7,000 speakers. Abesabesi is the endonym to refer to the language that is commonly called Akpes in the literature. It is attributed to the Benue-Congo language branch of the Niger-Congo phylum. A more specific genetic affiliation, however, is controversial due to the lack of previous documentation and description. This documentation focusses on the Ekiromi dialect as spoken in the town Ikeram.

This deposit is the first to include openly accessible Abesabesi recordings. It focusses on grammatical descriptions, but also contains a wealth of textual data. Almost all narratives and procedurals were summarized by the speakers in English at the end of each recording. This way, cultural information can also be accessed if the recordings have not yet been translated. As Abesabesi is spoken alongside Yoruba and English, many recordings feature the use of multiple languages and heavy code-switching. Based in the multilingual Akoko area of Ondo state, it is spoken close to other minority languages, of which two others are documented in this archive. The deposits for Ukaan (https://elar.soas.ac.uk/Collection/MPI636676, https://elar.soas.ac.uk/Collection/MPI81232) and Uwu (http://hdl.handle.net/2196/c4b8ce17-cdb9-4c5d-ae09-9b393fef6cdf) can be used for comparative research.

Some recordings of traditional stories have been uploaded into a Youtube playlist, which is better accessible to the community. The playlist can be accessed here: https://www.youtube.com/playlist?list=PLArRgJFsvRPW9EJKlKT2xeYYYTAWpNehK

All recordings have been collected during two fieldtrips in 2019: The first fieldtrip from January to March and the second fieldtrip from July to September. This project ended in the beginning of 2020, therefore all recordings and annotations were uploaded until then. As the accompanying PhD project still continues, modifications and extensions to the annotation files will be uploaded until April 2021.

Users of any part of the collection should acknowledge Jonas Lau as the principal investigator, the data collector and the researcher. Users should also acknowledge the Endangered Languages Documentation Programme (ELDP) as the funder of the project. Individual speakers whose words and/or images are used should be acknowledged by name(s). Any other contributor who has collected, transcribed or translated the data or was involved in any other way should be acknowledged by name. All information on contributors is available in the metadata.