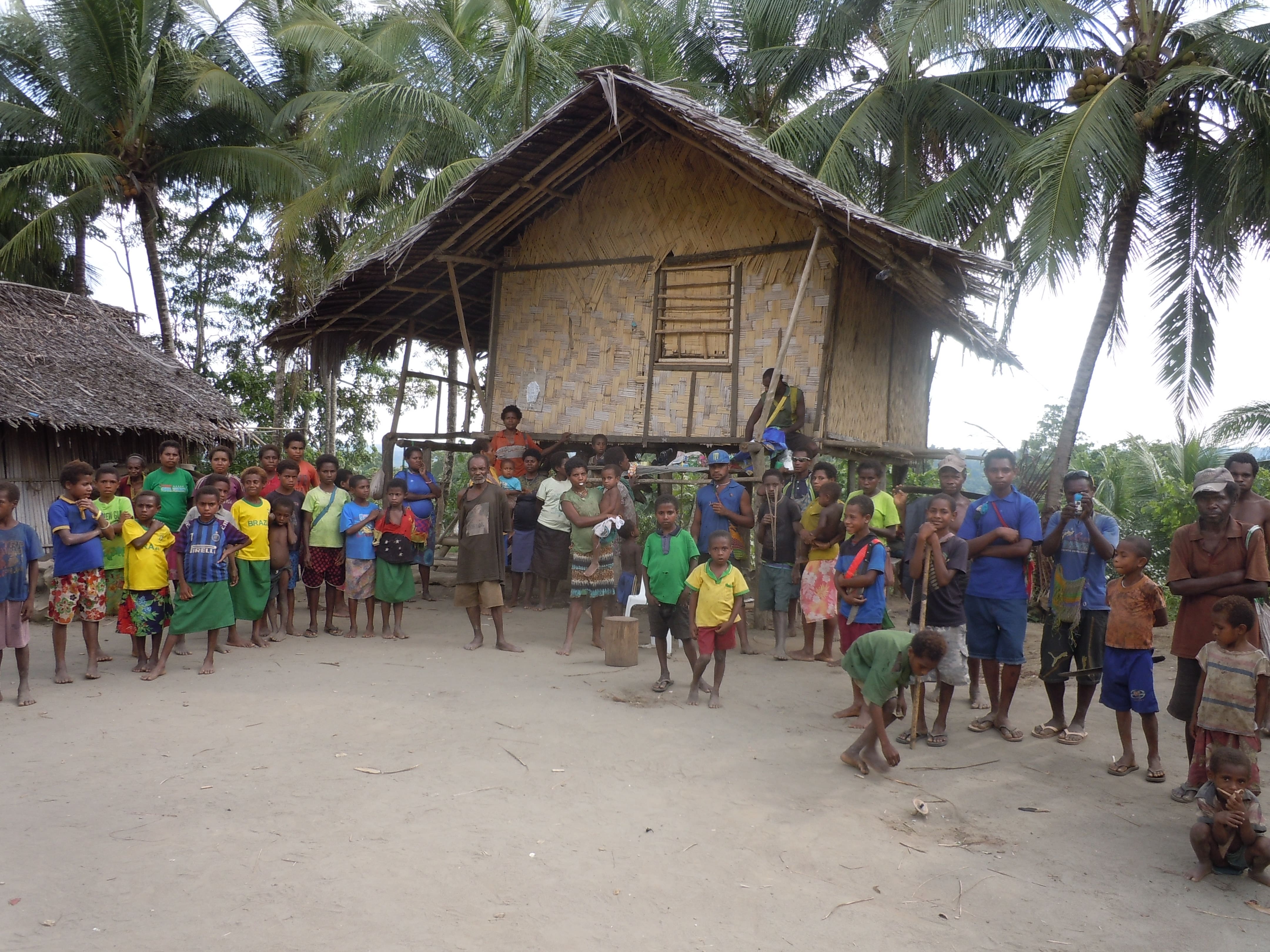 Deposit page image for the collection “Documentation of Heyo [auk], a Torricelli language of Papua New Guinea”. Click on image to access collection.

Heyo is a Torricelli language spoken in the area between the Torricelli Mountains and the Sepik Plain. It is spoken by approximately 1,000 – 1,500 people. This collection is part of a larger project involving the documentation and linguistic description of Heyo. The data will contain traditional narratives, folk histories, naturalistic conversation, and cultural performances.

The data was collected by Thomas Diaz, a linguistics PhD student and principal investigator with the help of community members.

The collection will contain an annotated audio-visual corpus from multiple speakers from the Heyo-speaking community. It will also contain pictures and video of culturally relevant practices such as cooking, certain festivals, and traditional musical performances.

The current collection represents a cross-section of linguistic practices from the Heyo-speaking Wanib people in Papua New Guinea. An attempt has been made to collect data from as wide a range of Heyo-speaking individuals as is possible. Many people in this area cannot precisely state their age, although the apparent age-range of speakers collected thus far is between 25 – 75 years old. Looking through the corpus, it is apparent that men are better represented than women. This is due to cultural restrictions on who the principal investigator, a man, is able to work with one-on-one, as well as daily obligations that are required of women in the area. It is hoped that, with the collection of more naturalistic conversation, women will become better-represented within the corpus. The individuals represented in the corpus come from each of the three wards (local government units) in which the Wanib are concentrated. The precise time when the Wanib came to their current location is not known. However, in their traditional histories, they state that they came out of holes in the ground ten generations ago. These holes are located in an area called Yumu, approximately 8 km (5 miles) to the east. Further historical and anthropological research may bear these claims out, although this is outside the scope of the current work.

The language is endangered via the encroachment of Tok Pisin, as younger community members almost exclusively speak Tok Pisin. While census data indicates there are as many as 2,700 speakers, this number appears to be the population of the three wards in which the Wanib people live: Tuginaro, Wulbowe, and Maimai-Wanwan. The reality is that there are closer to 1,000 – 1,500 speakers of Heyo at the present time.

The name of the language, Heyo, is an Anglicization of “hei’yoho’” meaning ‘no’ in the language. This is a feature of the area in which many languages call their language whatever the word for ‘no’ is in that language.

The Torricelli language family is one of the least well-documented large language families in the world, at this point. Furthermore, there has been no published work on the Maimai branch, of which Heyo is a member. In this regard, the current corpus represents the fullest repository of linguistic data for this branch. As such, there are many characteristics of Heyo that are intriguing from the standpoint of comparison from other Torricelli languages.

One of the most obvious special characteristics of Heyo is the use of affixation to mark gender, of which there are two: masculine and feminine. This is a feature that is unique to Heyo among the Torricelli languages, as gender is normally only realized through agreement on other lexical categories. Additionally, while the marking of gender is not particularly unusual among language in general, the use of clitics in Heyo is typologically quite rare. The use of this strategy appears to have arisen from contact with an unrelated neighboring language, Mehek.

Another noteworthy feature of Heyo can be found in predicative negation. Negation is realized three times within the negated predicate. The first is an individual word ‘heve’ that occurs pre-verbally. The second is a suffix on the negated verb. The third and final mark of negation is a clausal clitic that occurs as the last element of the negated clause.

The data to be collected consists of the following:

For data that has already been collected, please see the link under Deposit History.

Data has been previously collected under a National Science Foundation grant titled “Documentation of Walman [van], Srenge [lsr], Aro [tei], and Eho [auk]” under Dr. Matthew Dryer, the principal investigator. This work resulted in over six hours of Heyo data, a large portion of which has been translated and transcribed. This data, following the protocol established under Dr. Dryer’s grant, has been archived with PARADISEC. Interested parties are encouraged to access the data which can be found at the following url: http://catalog.paradisec.org.au/collections/TD3/.

There is no widely accepted orthography of the language to date. The orthography utilized in the corpus was developed for my own purposes. It will continue to evolve with the input from the community. However, it should be noted that what is orthographically ‘y’ would in IPA be written as [j]. Likewise, the apostrophe is a glottal stop [ʔ].

Users of any part of the collection should acknowledge Thomas Diaz as the principal investigator. Users should also acknowledge the Endangered Languages Documentation Programme as well the National Science Foundation as the funders of the project. Individual speakers whose words, videos, and/or images are used should be acknowledged by name. Any other contributor who has collected, transcribed, or translated the data or was involved in any other way should be acknowledged by name. All information on contributors is available in the metadata.