Documentation of Sihan, an endangered language of Borneo 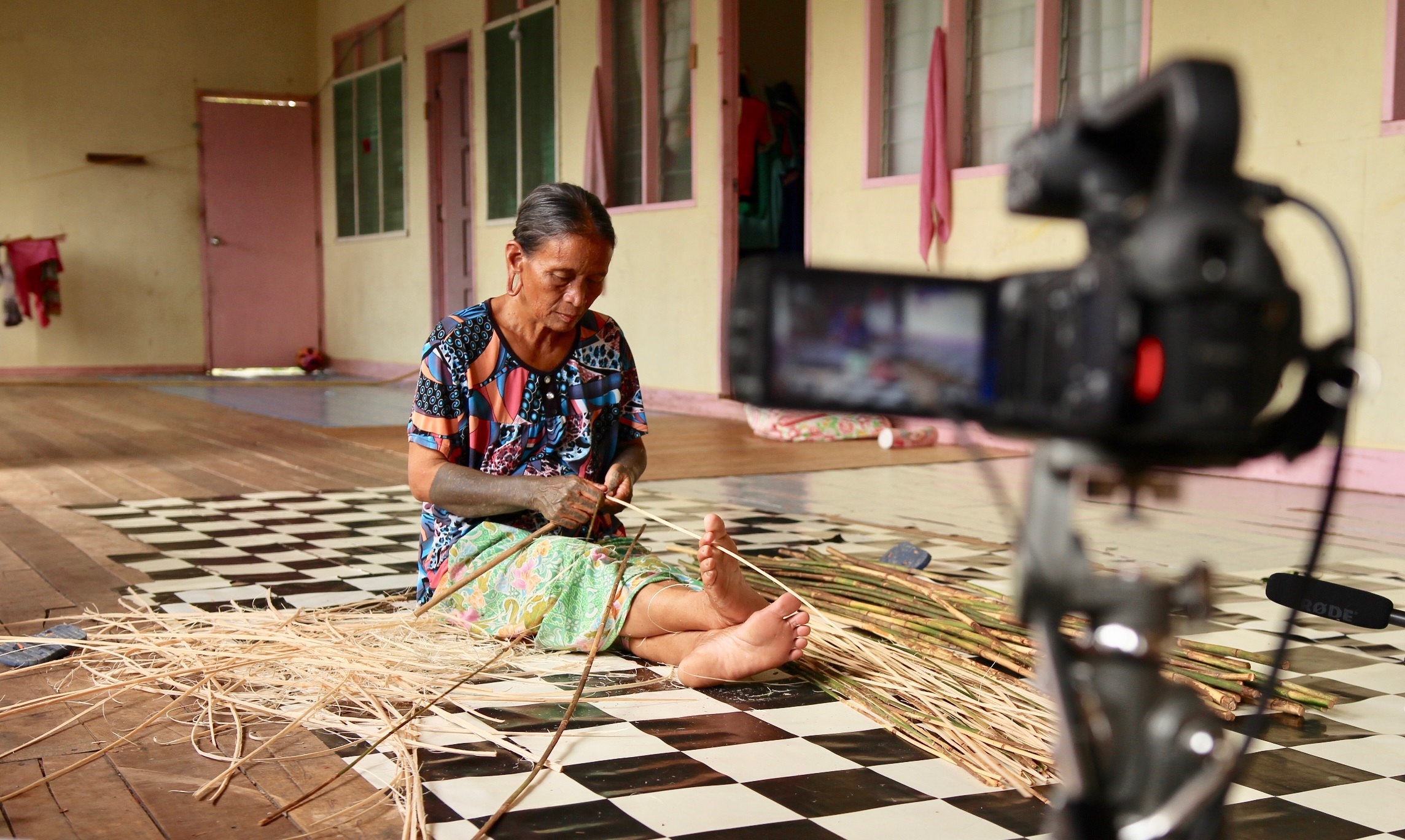 Landing page image for the collection “Documentation of Sihan, an endangered language of Borneo”. Click on image to access collection.

Sihan is spoken by approximately 250-300 people in the Belaga district of Sarawak, Malaysia. This documentation focuses on hunting knowledge and customary practices of the Sihan community.

The data was collected by Peter Puxon with the help of the Sihan community.

The Sihan people are former hunter-gatherers who are now settled in three main places in Belaga district, Sarawak. Most Sihan people live in Belaga town and in a new village settlement near the upper Dangan River, which is 20.6km by road north-west of Belaga town. Some community members also occasionally reside in their old longhouse by the Menamang River, which is a 5.5km walk from across the Rajang River, east of Belaga town. People move constantly between these three places based on work or educational commitments, or hunting and gathering opportunities. According to government census data, there were 253 Sihan people living in Belaga district in 2018. There are also Sihan people who live in other towns in Sarawak, such as Bintulu, Miri and Kuching, as well as a small number in west Malaysia.

Traditionally, the Sihan have focused on a mixture of sago palm processing, fishing, hunting and rainforest foraging for their subsistence. Apart from sago palm processing, people still engage in all these activities. They sell wild animal meat, rattan products and forest fruits and plants at the daily market in Belaga town. The Sihan also make their living through a combination of wage labour in shops and cafes, palm oil cropping, small-scale farming and construction work. Several people work on the daily boat service from Belaga to Kapit. Some families in the Belaga district also subsist in part on remittances from family members who live in larger towns, and from various state subsidies.

The Sihan are in contact with numerous ethnic groups in the middle Rajang area. They consider themselves more culturally and psychologically similar to other former hunter-gatherers (e.g. the Penan Talun), rather than groups of stratified agriculturalists (Kenyah, Kayan, Sekapan, Kejaman, Punan Bah, Lahanan), who they call the wi balui ‘people of the Balui River’. Regardless of these differences, there have been many inter-ethnic marriages between the Sihan and most other ethnic groups in Belaga district. Due to this preference for exogamous marriage and the historical contact with other groups in the area, there is a high level of multilingualism within the community. The present headman, Main Magui, who can communicate in most of the languages of the other ethnic groups in the district, is indicative of the Sihan community’s multilingualism in general.

Sihan (Sian) is a Malayo-Polynesian language of the Austronesian family which appears to be similar to other Punan languages. However, the degree of mutual intelligibility is difficult to determine as these languages are spoken in widely-dispersed places across Borneo. Recent linguistic work by Rensch has classified the language as part of the ‘Outer-Sarawak’ group, with similar vocabulary to other Kajang languages and possibly related to Melanau-Kajang languages. However, the data for this was taken from an older list and is not supported by any primary recordings.

Early lexical comparisons based on the primary data in this collection suggest the language is most closely related to Punan Aput and Punan Lisum, both of which are under-documented languages.

There is no published grammar of Sihan and no official orthography has been developed. In 1992, Allen Maxwell (University of Alabama) recorded 200 words and translated one narrative into Malay. Since 2003, Yumi Kato (Fukui Prefectural University) has been conducting anthropological research with the Sihan and has collected oral histories and a word list.

Attitudes within the community towards the Sihan language are positive; however, most community members are uncertain as to whether their language will become extinct. Whilst Sihan is used by all generations, the transmission of the language to their children varies from family to family. Parents who move away from the community in Belaga district to more urban centres tend to be less likely to pass on the language to their children. There is also a contrast between the amount of Sihan language spoken by ethnically non-Sihan people marrying into the Sihan community. Intergenerational transmission is contingent on proximity to the Sihan community in Belaga, while horizontal transmission of Sihan depends on personal preference of the in-marrying individual.

Although the language is widely used in the domain of the family and within everyday Sihan society, the use of Sihan in both the customary domain and the traditional medicine domain is on the decline. Older generations still occasionally recite suket ‘folk tales’ in the evening on the veranda of the longhouse; however, the younger generations do not know how to perform these stories. Some older members of the Sihan community, as well as surviving relatives of Meli (the last Sihan person to practise traditional healing), can still recite sangen ‘healing songs’. However, these songs are now delivered as a performance rather than in an active healing ceremony. Meli’s son, Bojong, still uses Sihan in certain rituals related to the Bungan religion, yet most Sihan are now members of the Roman Catholic Church or the Borneo Evangelical Church, in which services are conducted in Malay.

The bundles in this collection contain audio-video recordings. There are 17.5 hours of recordings in total. These can be broken down into the following genres:

I would like to thank all the members of the Sihan community who contributed to the project, especially Kunok, Simon, Patong and Main.

Please note that if any audio or visual material is used from this collection (including photographs), it is also required to acknowledge the individual speakers by name. None of the data in this collection may be used as evidence in court.