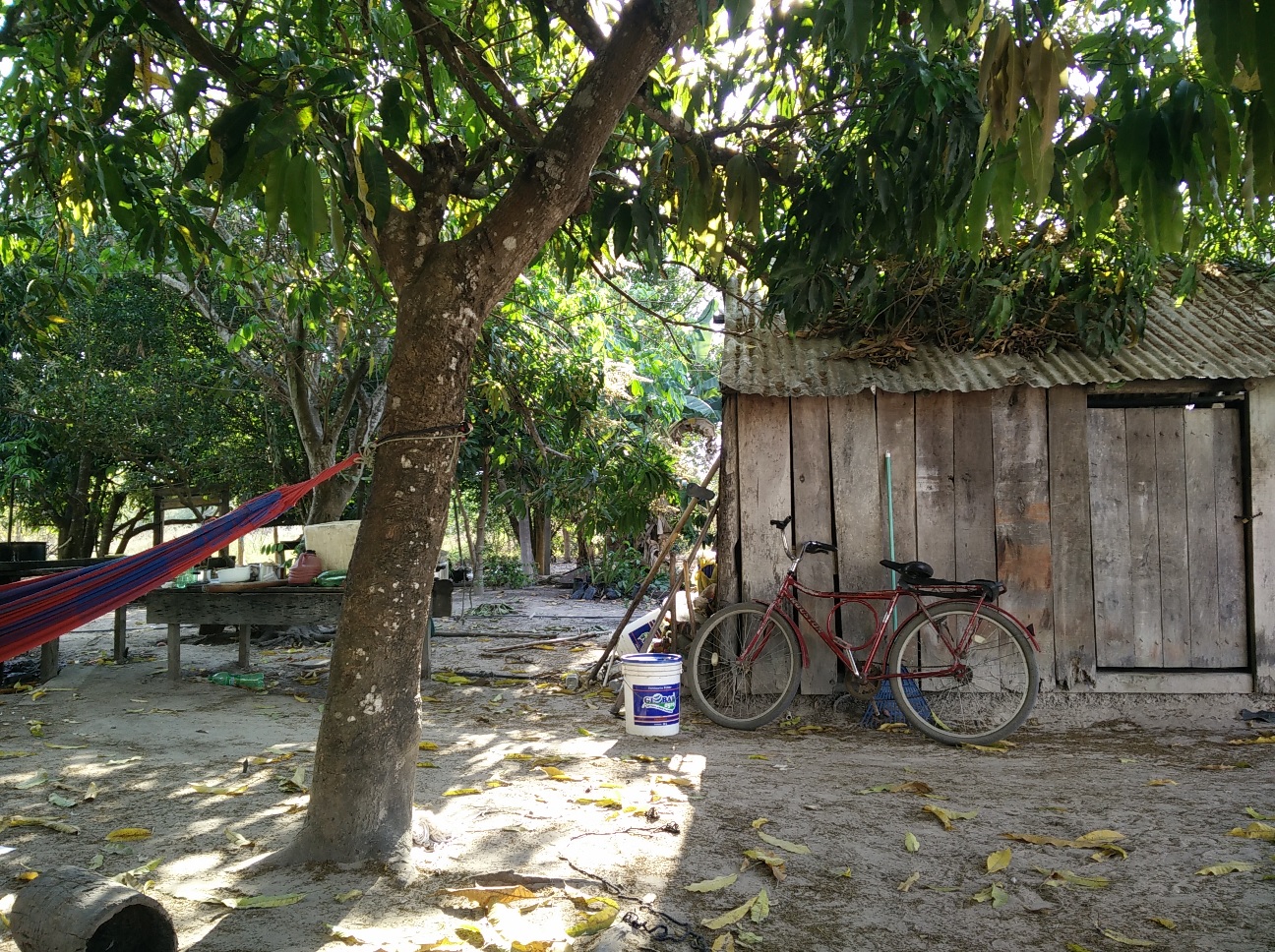 Mỹky is an isolate language of southern Amazonia, in the state of Mato Grosso and Brazil. Today it is spoken by approximately 100 people from two indigenous groups, the Manoki and the Mỹky. This collection consists of a series of audiovisual materials that make up a corpus of the Manoki variety, with 6 fluent speakers as of 2020. It contains recordings of narrative and conversational texts, transcriptions and annotations, and language materials destined to the community.

The Manoki first encountered Brazilians under harrowing conditions, when they were brutally attacked and killed by rubber tappers that moved into the Juruena area at the end of the 19th century. Just a few years later, in 1907, the legendary explorer Cândido Rondon learned about the Manoki (referred to as Iranxe) from the Paresí, and was told about these incidents. That is the first attested mention of any Mỹky-speaking group. Violence from rubber tappers and other Brazilian settlers on the vanguard of the advancing frontier was sadly the norm at the time of the first rubber boom in western Mato Grosso.

In the early 1950s the Manoki community was settled in the Jesuit mission of Utiariti, where other groups were also brought. At the mission, parents and children were separated and forbidden from speaking in their language. In the late 1960s the Manoki were able to move back to their traditional lands, where they live today in their own officially demarcated indigenous land.

A definite highlight of the collection are a series of recordings made during several trips with the goal of bringing speakers of Manoki together. The 400 Manoki live in 9 different villages, and in some of these there is only one speaker living there. As part of the documentation project, some elders were brought on day trips to visit other speakers. Not only were these special occasions on a personal level, but the recordings of conversations and collective retellings of Manoki mythology and oral history that were made are invaluable.

Other highlights include recordings made in 2017 of conversation between Inácio Kajoli and Celso Xinuxi, two highly respected and beloved elders who passed away before and right at the beginning of the documentation. As part of the project, a documentation team visited the Paresí village of Rio Verde to interview and record Tito Iranxe, Inácio’s brother.
The Manoki and the Mỹky consider each other as part of the same people, and as a consequence of this relationship the two communities visit each other frequently. In such occasions, the opportunity was seized to record the Mỹky language from Mỹky speakers, and a few of the recordings reflect this variety of the language. Besides the intrinsic value of these materials, that provides this collection with enough primary material to compare the two communities, be it from the perspective of linguistics (e.g., the phonology of the Manoki variety and the l-less Mỹke variety) or anthropology (e.g., the different instances of shared myths, like that of the jakolu/jakowa).

The materials in this collection were determined in a significant way by the desires and needs of the Manoki community regarding the documentation and the revitalisation of their language. As such, the main focus of this collection is to document and safeguard the language spoken by the Manoki elders, as well as their knowledge and worldview. The collection contains over 25 hours of video recordings and over 40 hours of audio recordings.

The materials in the collection cover the following topics and modalities: narrative text, mythology, conversation, interview, elicitation, explicative text, instrumental music, song, procedural text. For a more fine-grained navigation of the contents of the deposit, you are encouraged to explore the keywords that are built into the materials.
This collection features recordings of the following people:

The materials that make up this collection were collected during Bernat Bardagil’s postdoctoral research at the University of California, Berkeley, during 2019 and 2020. Four visits to the Manoki community were made during that time, beginning in the winter of 2019 and ending in the winter of 2020—prematurely, due to the onset of the COVID-19 crisis.

In 2019 the Wathuho Ja’a Collective (“together for language”) was created among the Manoki, as a way to articulate the documentation project with the efforts to revitalise and reclaim the Manoki language among the younger Manoki. This resulted in a series of language schools, workshops, and the creation of learning materials. The Collective will remain active in its goal to support a group of Manoki in their path towards an autonomous fluency in the language.

The use of content in this corpus should acknowledge Bernat Bardagil as the principal investigator, and consultants should be cited according to the information included in the metadata.