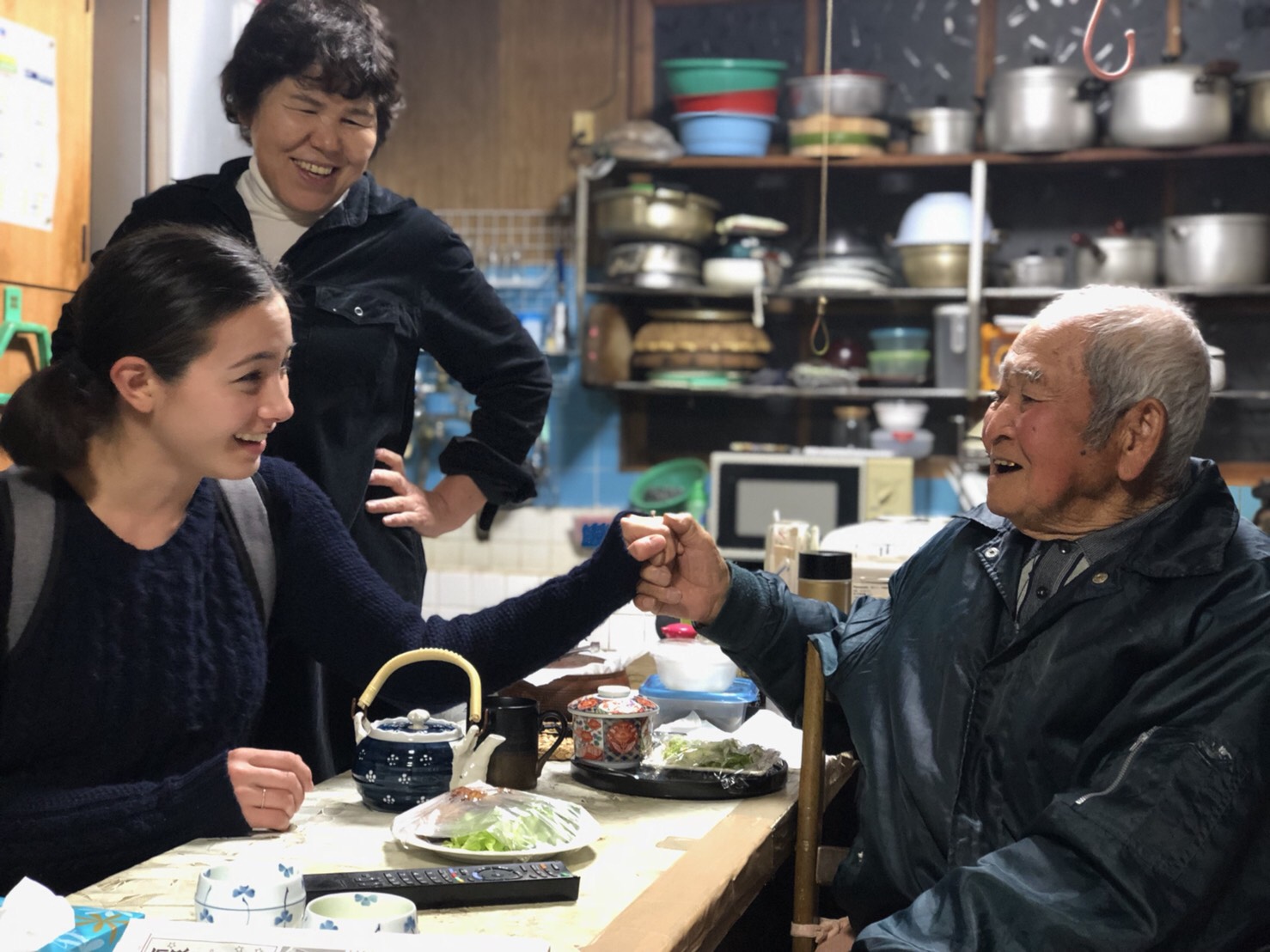 This collection contains data from speakers of Southern Amami Oshima (known as shimaguchi or 島口 by speakers). Southern Amami Oshima is a Northern Ryukyuan language spoken on the Amami islands (Kagoshima prefecture). The data was collected by Martha Tsutsui Billins, linguist and principal investigator and the by community members themselves. This data was collected during fieldwork for the primary investigator’s PhD project, which focused on honorifics and politeness strategies of Amami speakers, primarily based on ethnography. Upon completion of archiving this project’s materials, this collection will contain video, audio, transcription, and photo files.

The collection is comprised of data from speakers from Setouchi Town (approximate population: 9,300; speaker population: unknown), located on the southern tip of the Amami Oshima, plus Kakeromajima, Yoroshima, and Ukejima. Within Setouchi Town, there are several distinct villages, all with their own dialects (reportedly varying most noticeably in intonation and phonology). Speakers whose data is represented in this collection are of two genders (male and female) and range in age from 27 to 104 years old. All speakers are also bilingual Standard Japanese speakers, and also speak the local Amami dialect of Japanese (Uchinaayamatuguchi).

Southern Amami-Oshima (ISO code: ams) belongs to the Japonic language family, and is a member of the Ryukyuan subdivision, which includes Northern Amami, Miyako, Kunigami, Okinawan (Uchinaaguchi), Yaeyama, and Yonaguni (Heinrich, Miyara and Shimoji 2015). In 2004, Ethnologue reported that there were 1800 remaining speakers of Southern Amami Oshima (Lewis et al.). All Ryukyuan languages are endangered, and for over a century have been steadily replaced by Japanese, the language of prestige and political and economic power. Southern Amami-Oshima is spoken on the Amami Islands located south of Kyushu Island in Japan, which administratively fall under Kagoshima Prefecture. The Amami archipelago consists of eight main islands; Amami Oshima, Kikaijima, Kakeromajima, Yoroshima, Ukeshima, Tokunoshima, Okinoerabujima, and Yoronjima. The Amami Islands are culturally more similar to Okinawa than to mainland Japan, though they do not administratively fall within Okinawa Prefecture. Southern Amami-Oshima has many varieties that can vary in any linguistic area, and each village on the Amami Islands will commonly have its own distinct variety (Niinaga 2015).

This collection contains data on polite speech, a thus far little-studied and little-documented aspect of Ryukyuan languages. Sessions contain data on polite, humble and honorific speech examples, collected in natural use and in experiments (Discourse Completion Tasks), surveys and interviews.

Traditional stories, specific to Setouchi town, have also been collected.

One session (shimaguchi035) includes video recording of a traditional bamboo basket being woven by a local expert in the craft.

One session (shimaguchi039) is of a fortune telling session with an Amami Noro Priestess.

The data for this collection was collected during the PhD research of Martha Tsutsui Billins, the principal investigator. The majority of the data comes from a fieldtrip January 2018- April 2018. After Martha left the field site, additional data was collected by community members and sent electronically to London for processing and archiving. A second field trip was completed April -May 2019.

This data will be under embargo to the public until 2021, when the principle investigator has completed her PhD.