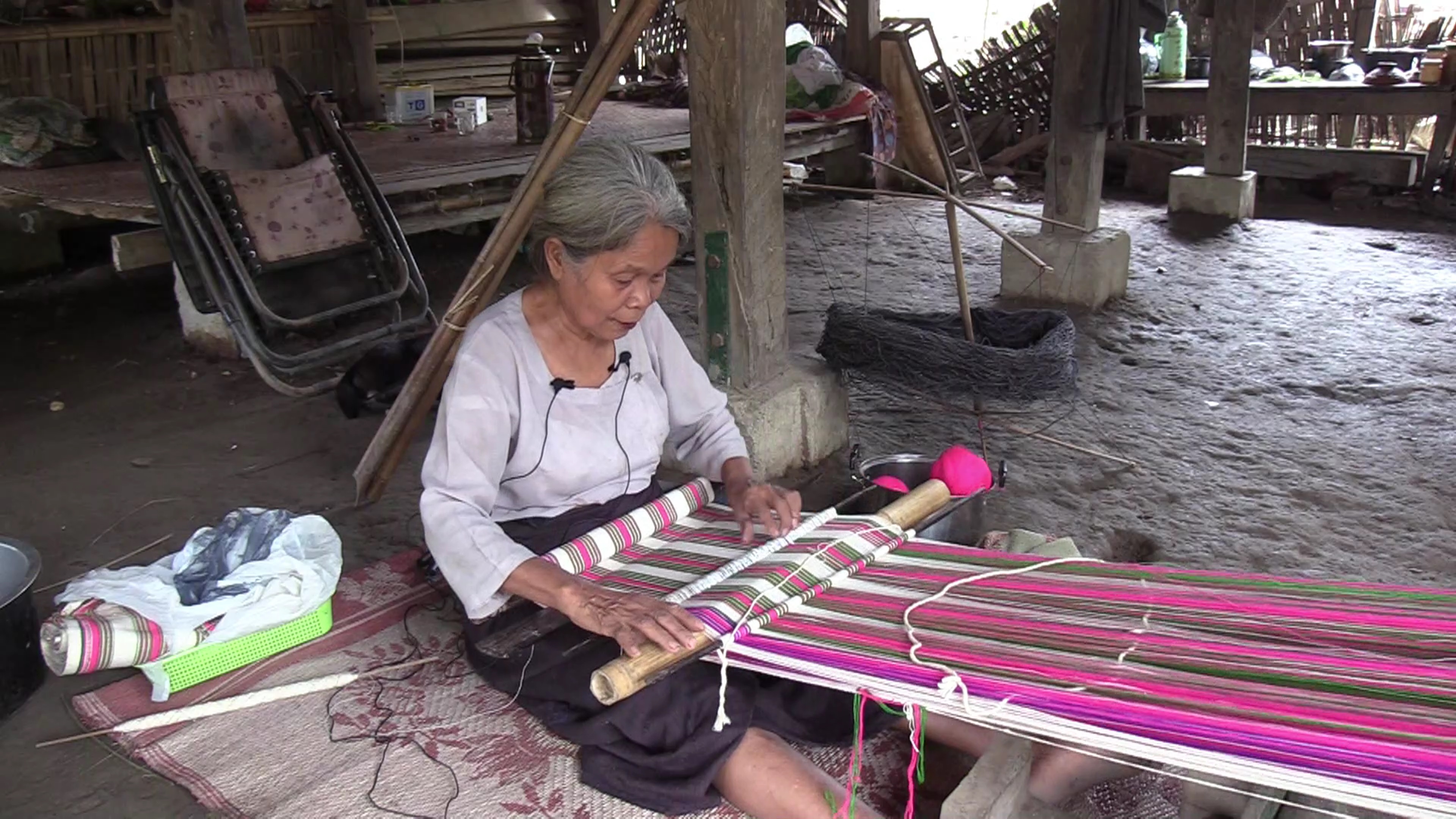 Landing page image for the collection ’Documentation and description of the Laitu language with a focus on endangered cultural practices’. Click on image to access collection.

The Laitu mainly live by different tributaries of the Lemyo river, which originates in the Chin state and passes through Mrauk U, Minbya and Myebon townships of the Rakhine state of Myanmar.  According to the consultants who have contributed to this project in many ways, the Laitu live by twelve different streams of the Lemyo river – Shom, Ki, Kya, Ye, Wap, Te, Yo, Lawk, Tsya, Phonglong, Pawngle and Sung. Though the Laitu language spoken in these twelve streams show some degree of linguistic variations, e.g., use of voiced bilabial (ɓ) and alveolar (ɗ) implosives, tones, intonation pattern, three varieties spoken among these are considered main based on phonological and morphosyntactic variations. Out of these three major varieties, two are spoken in the Phonglongko stream (upstream) and Pawngleko stream (midstream) of the Lemyo river, and the other is spoken in the Ann Township (situated nearby the downstream). Unless the speakers of the upstream (northern variety) have regular contacts with the speakers of the Ann township (southern variety) and vice-versa, speakers of both of these varieties find it difficult to understand each other’s variety. The texts deposited to this archive represent the Phonlongko (northern), Pawngleko (central), Sungko (southern), Teko (southern) and Ann (southern) varieties.

Laitu is a Southern Chin language of the Tibeto-Burman branch, which is spoken by almost 15,000 speakers in Mrauk U, Minbya, Myebon and Ann townships of the Rakhine state in Myanmar. Among the Chin languages spoken in Bangladesh and Myanmar, Laitu still preserves the texts on traditional rituals. The language used in the chanting of these rituals contain archaic form of the language, which is only spoken by the shamans in the Laitu community. The shamans play a vital role in the Laitu community to build connections between layman and spirits of different kinds. The actual practice of these traditional rituals and culture has become almost obsolete, since the younger generation is no longer interested in taking the profession of shaman. Laitu is of great significance in the study of phonology and morphosyntax of the Kuki-Chin languages spoken in northeast India, Myanmar and Bangladesh. Among the Chin languages, Laitu is one of the few that contains bilabial and alveolar plosives. The southern variety of Laitu retains final liquid, which is only found in Hyow, spoken in Bangladesh, among the other Chin languages. The tone-sandhi process in Laitu yet again confirms a regular pattern of tonal changes in initial syllables of disyllabic words and in left-aligned syllables of polysyllabic words in Southeastern Kuki-Chin languages. Though the different varieties of Laitu show variations in prefixal and suffixal forms of argument marking on verbs, all of them demonstrate a nominative-accusative alignment. From a comparative point of view, this is quite significant since other KC languages spoken far south, in Bangladesh, show hierarchical marking. This probably indicates to the later development of prefixal argument marking in Kuki-Chin languages. Data from Laitu reveals that the origin of stem variants lies in a nominalization process, which is demonstrated by relative clause constructions. The data on adverbial clauses provides valuable morphosyntactic insights on complex clause structures in the Southeastern Kuki-Chin languages in general

The collection contains a number of interesting texts which will serve the curiosity of both the research and language community.

Laitu rituals and festivals rooted in traditional religion are on the verge of extinction. The corpus in the collection contains texts related to these almost extinct traditional rituals. which are summarised in the table below.

The one-hour long funeral song is actually sung for five days during the funeral ceremony in the Laitu community. An expository text on the funeral service can be found in session ZM19.

The deposit contains a corpus of Laitu. The entire corpus of Laitu includes 12 hours of transcribed recordings of different genres, circa 4 hours of narratives, 2 hours of expository texts, 2 hours of conversations, 1 hour of procedural texts, 1 hour of songs and 2 hours of targeted elicitation. The first phase (Year 1) of the deposit consists of audio and video recordings of texts of different genres, which include narratives of tattoo-face women, expository texts on traditional rituals, procedural texts on traditional material productions, conversations between friends and in groups, funeral songs. The second phase (Year 2) of deposit contains transcribed texts annotated using ELAN and FLEx, a video text of traditional weaving, photographs, a Laitu dictionary and recordings of elicited tasks.

The data for this deposit is collected during three fieldtrips in 2018 and 2019, which is funded by the ELDP Postdoctoral Fellowship IPFO264. The second phase of the deposit (2019-2020) is available now. However, due to the conflict in Rakhine and the global pandemic, the researcher could not go to the filed for data verification. The uploaded annotated data require further work and anyone wishes to use the data requires to the researcher for data verification.

Any use of the deposited data should be acknowledged. Users should acknowledge the principal investigator, researcher and depositor, Muhammad Zakaria as well as the funding body of the project, Endangered Languages Documentation Programme (ELDP). Names of other contributors mentioned in the metadata should also be acknowledged properly.