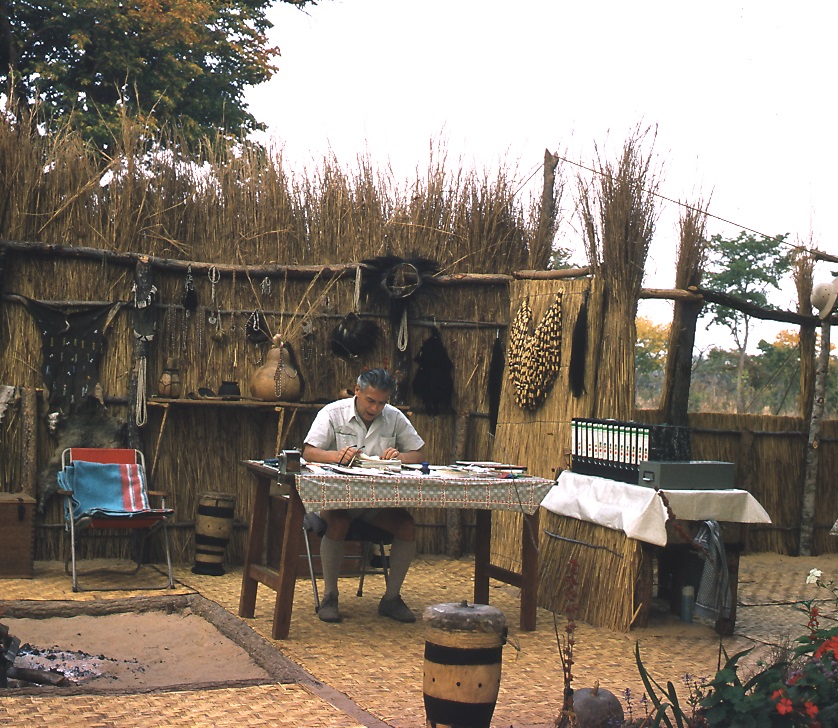 The major part of the recordings is from the late 1950s through 1970s with occasional later recordings up into the early 1990s.

Metadata rely on the erratic written or spoken information provided by Oswin Köhler. The funding only covered the digitization and filing of available information.

Most recordings are from the Khwe and Ju or !Xun in Northeast Namibia. Both groups belong to the former hunter-gatherer population in Southern Africa, known as ‘San’ or ‘Bushmen’, as do the ||Ani in north-eastern and the G|wi and G||ana in central Botswana, the Hai||om in the Etosha area of Namibia, the Taa in the southern Kalahari of Botswana and Namibia and the former speakers of ||Xegwi in the Lake Chrissie are of South Africa. The San are indigenous minorities in the countries they live in and at the bottom of the social ladder in terms of formal education, social prestige and income. For more details on the socio-economic challenges for the San see the recent assessments by the Legal Assistance Centre in Namibia (LAC): Suzman, J. et al. (2001). A Regional Assessment of the Status of the San in Southern Africa. 5 volumes. Windhoek: LAC; Dieckmann, U. et al. (2014). Scraping the Pot. San in Namibia two Decades after Independence. Windhoek: LAC. The documentation includes language material from all three Khoisan linguistic lineages: Khoe-Kwadi (Khwe, ||Ani, G|wi, G||ana, Nama and Hai||om), Kx’a (Ju|’hoan, !Xun) and Tuu (Taa, ||Xegwi). For more details on Khoisan linguistic classifications see: Güldemann, Tom (2014). ‘Khoisan’ linguistic classification today. In: Güldemann, Tom and Anne-Maria Fehn (eds.). Beyond ‘Khoisan’. Historical Relations in the Kalahari Basin. Amsterdam/Philadelphia: John Benjamins, pp. 1-41.

The collection is unique, first, because most recordings are from the 1950s through the 1970s, a time from which only very few recordings of the respective Khoisan languages exist, and a time when some of the now extinct and highly endangered languages were still spoken more widely. Secondly, it is also unique in documenting aspects of the academic practice and field methods of the renowned German Africanist Oswin Köhler. It thus also represents an important document for the history of African studies.

The collection contains exclusively historical audio recordings of music and speech recorded by Oswin Köhler between 1959 and 1992. Music recordings comprise instrumental music, hunting songs, dance music, and singing. Natural speech recordings include storytelling, conversations and some rare ritual texts such as invocations of the new moon, hunting magic, or healing sessions. Elicitations include word lists and studies of grammar, tone, and dialectal variation.

None of the data in this collection may be used as evidence in court. Members of the Khwe speech communities in Namibia, have expressed their interest in getting access to Köhler’s recordings to the depositor. In March 2019, a representative group of Khwe decided that access to the Khwe files should only be on request to the Chairperson of the Khwe Custodian Committee, Mr. Sonner Geria (Sonner.Geria@gmail.com).

Users of any part of the collection should acknowledge Oswin Köhler as data collector and researcher, and the Oswin-Köhler-Archiv, Goethe University Frankfurt as the copyright holder. Users should also acknowledge the Endangered Languages Documentation Programme (ELDP) as the funder of the project.