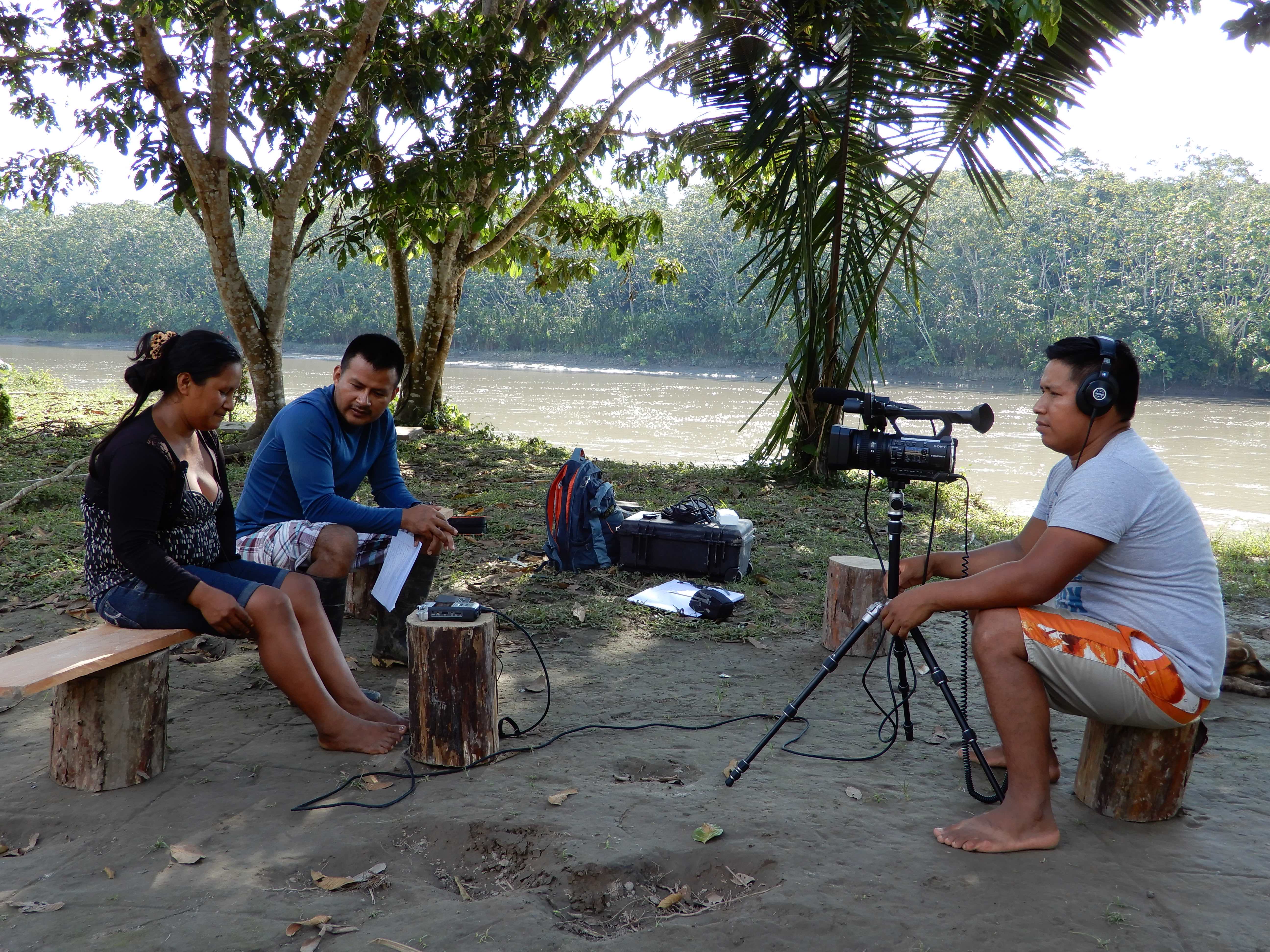 This project documents A’ingae (also known as Kofán and Cofán), a linguistic isolate spoken by approximately 1,500 speakers in Ecuador and Colombia. The collection consists of high quality audio and video recordings of speakers talking about a variety of different topics and covers different kinds of speech events/genres.

The UNESCO Atlas of Endangered Languages estimates 1079 speakers total and classifies A’ingae as ‘definitely endangered’ in Ecuador and ‘severely endangered’ in Colombia. However, the language is still robustly being learned by children and remains the primary language of daily use in most communities in Ecuador according to Cepek 2012, p.c.

The A’i are traditionally hunter-gatherers whose territory was centered in the Andean foothills extending down into the Amazonian rainforest. Since the discovery of large oil reserves in the region in the 1960s, the Kofán and their land have seen dramatic changes. Less remote towns – Sinangoe and Dovuno – have seen an influx of colonists, new roads, and other changes. Together with environmental devastation from oil exploration and extraction, these pressures have forced the A’i to move from their ancestral territories. Relative to this baseline, the A’i have been comparatively successful at securing land rights and preserving their traditional ways of life including their language (see Cepek 2018 for details).

A’ingae is an isolate spoken by an estimated 1,500 speakers in communities near the Aguarico and San Miguel rivers in Northeastern Ecuador and Colombia. The first significant linguistic work on A’ingae is the work of SIL missionaries Marlytte (Bub) and Roberta (Bobbie) Borman. The two main descriptive works they produced are a ~2,500 word A’ingae-Spanish bilingual dictionary including grammatical notes (Borman 1976) and a collection of 26 trilingual A’ingae-English-Spanish texts about cosmology from a single speaker, Enrique Criollo, totaling 1,953 lines (Borman 1990). Other less extensive works include papers on specific topics such as phonology (Borman 1962), pragmatics (Borman 1977), and (co-)subordination (Fischer 2007, Fischer and van Lier 2012). More recently, Fischer and Hengeveld (forthcoming) provides the most comprehensive and sophisticated overview of the grammar of A’ingae, based on the first author’s fieldwork in the early to mid-2000s.

While a detailed study of language contact including borrowings is yet to be conducted, A’ingae shows a moderate number of apparently quite recent borrowings from Spanish. Beyond Spanish, speakers of A’ingae have also experienced significant periods of contact with Ecuadorian Kichwa, Tukanoan languages such as Siona and Secoya, and Tupian languages, such as Cocama, with some intermarriage in recent decades (Cepek 2018). Several secondary sources mention borrowings or other connections with other families such as Chibchan, though such claims have yet to be substantiated and there is no known contact with such groups at present.

The collection consists of approximately 17 hours of naturalistic video and a small amount of additional audio wordlists. The recordings comprise 25 speakers, roughly one third of Zábalo’s adult population. They cover a variety of different topics and genres including traditional stories, jokes, autobiographical narratives, explanations of how to make traditional crafts and foods, hunting, protecting the local environment among others. Interviews were conducted in A’ingae by 3 native speakers who are members of the project team. While collecting more naturalistic conversation is a goal for future work, some of these recordings are more or less conversational in nature.

The data in this collection was mainly collected in July and August of 2017.