A video documentation and study of Suki interactive speech 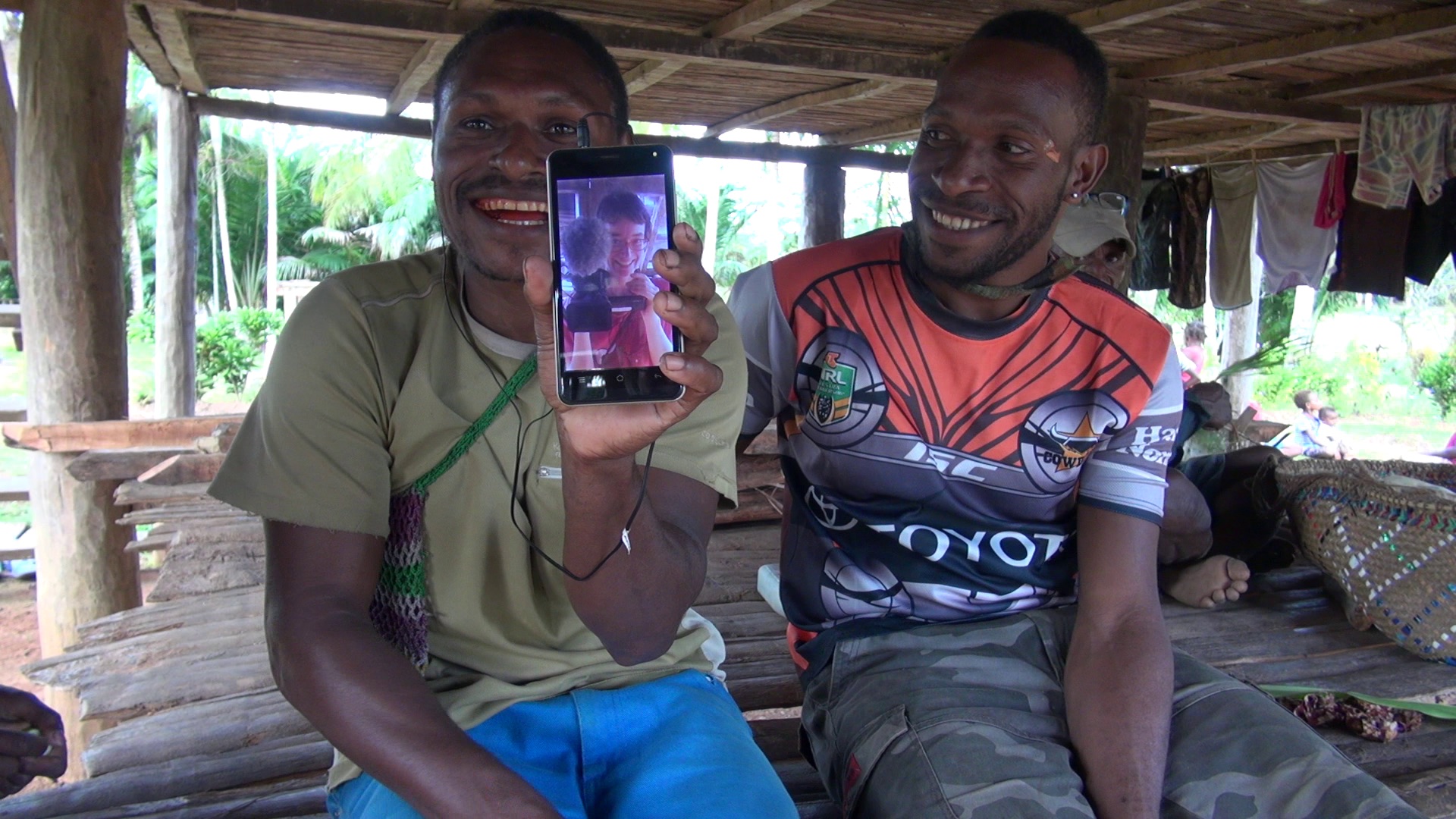 Landing page image for the collection ’A video documentation and study of Suki interactive speech’. Click on image to access collection.

Suki is an undescribed language spoken by over 3,500 people living in the remote swampy area just south of the Fly River in the Western Province of Papua New Guinea. This project aims to video document a corpus of highly interactive, naturalistic speech, and include a study of a subset of this corpus into my PhD thesis on the grammatical structure of the language. I will teach filming and transcription skills to interested speakers, and by this have them closely involved in the project.

Suki has been classified as belonging to the Gogodala–Suki subgroup of the Trans New Guinea family (e.g. Ross 2005). Missionaries of the (now) Evangelical Church of Papua New Guinea have resided in the Suki area, and worked on an orthography and translations of the New (Midim, Lindsay & Martin 1981) and Old Testament (in progress). Anthropologists have studied Suki kinship, marriage and clan structure (Van Nieuwenhuijsen-Riedeman 1979) with the help of an English-speaking informant. Linguist Voorhoeve has collected a word-list, and written preliminary notes on the language’s grammar (1970). Yet documentation and description of the language were still close to non-existant when I first started engaging with its speakers. The other languages in the Trans New Guinea subgroup – Gogodala with over 22,000 speakers (Ethnologue 2015), and tiny varieties Waruna and Ari – are equally poorly documented.

Suki speakers inhabit ten villages between the Fly River and the Indonesian border. At least two dialects can be distinguished, based on differences in lexicon, morphophonology, and the segmental make-up of specific words. The dialects are close, however, and can be confidently treated in a single description. They are locally referred to as based in Eniyawa and Aewe villages respectively. Due to frequent interdialectal marriages, speakers are typically exposed to, and use, features of both.

Suki children grow up speaking the language, and they learn some English at school. As the language of education, it is English rather than Suki that is used in writing, even though the missionaries had developed a Suki orthography. English words and phrases are frequently used in speeches of the more formal type, in church services and village meetings. English is also the language of communication with speakers of neighbouring languages, some of whom have moved to Suki for marriage. Tok Pisin, a lingua franca in much of the rest of the country, is hardly spoken in this part of the Western Province.

This collection aims to highlight many interesting grammatical features of Suki. One such feature is the verb morphology used to express empathy with a participant of the event. Complex verb morphology is no surprise in the New Guinea area, and the language has some great verb morphology indeed. Another example would be past progressives, which are formed by a system of reduplication that forms words of exactly four syllables, whether their unreduplicated base is mono- or disyllabic.