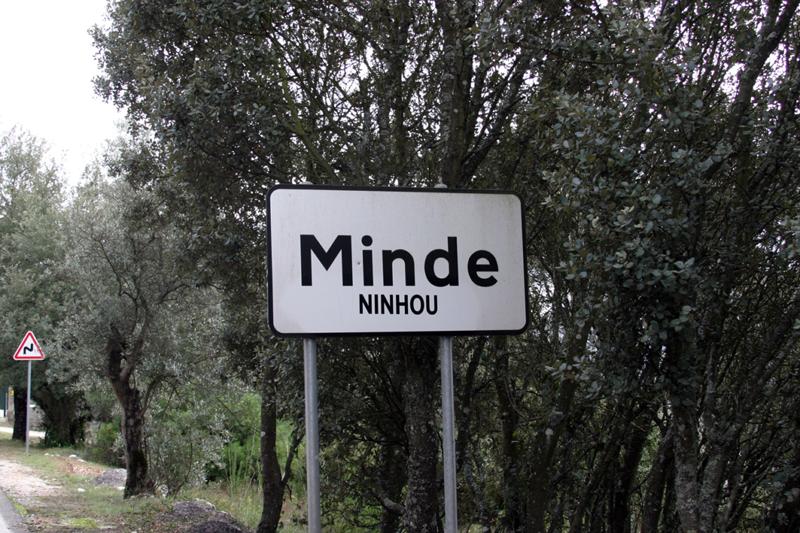 Minderico is an endangered language spoken in Minde and Mira de Aire (Portugal) by a community of 150 active speakers but only 24 are fluent speakers. In the community there are also approximately 1000 passive speakers.

Minderico is an Ibero-Romance language, spoken in Minde, a small town (approximately 900 years old and with a population of 3400) 115 km north from Lisbon and 240 km south from Porto, in Portugal. Minde is essentially an industrial town with an almost monoindustry of textiles and wool artefacts. From the 16th century on, the blankets of Minde became famous all over the country. Due to this popularity, the wool carders and merchants of Minde began to use Minderico in order to protect and defend their products from “intruders” and to earn more profit in their commercialization. In the primary stage of its history, Minderico was used as a secret language. Later, it extended to all social and professional groups in Minde and became the main means of communication in the village. Thus, Minderico is diachronically related to Portuguese, a fact which determined its system and structures that clearly show Ibero-Romance characteristics. But, today, it cannot be considered a dialect or sociolect of Portuguese or other Ibero-Romance language. Minderico developed its own syntactic, morphological and lexical structures, and it is used in all formal and informal communicative situations, in written and spoken form. Furthermore, Minderico developed a written tradition which is normally not typical for a dialect or sociolect. Although words may appear similar to those in other Ibero-Romance languages, they are completely unintelligible to Portuguese or Spanish speakers.Today Minderico risks becoming extinct, more than ever before in its history. The number of (active) speakers has decreased considerably to only a few hundred in the last three decades. There are also passive speakers who are able to understand Minderico but who do not use it actively anymore. All speakers of Minderico are bilingual; they speak Portuguese along with Minderico. While Portuguese is the language of administration and school system, Minderico remains almost restricted to the family. But even in this private sector there is a clear pressure from Portuguese on Minderico. The knowledge of Minderico is not very homogeneous among the inhabitants of Minde. Only the older generation (people older than 65) has full competence in the language; younger adults understand Minderico and are able to speak it, but normally they feel ashamed to do so, mainly because they have not fully acquired competence in Minderico. Moreover, the speech of Minderico adults is characterized by a kind of Portuguese-Minderico code-switching and code-mixing.

The data in collection was mainly collected between 2008 and 2012 within a DoBeS project funded by the Volkswagen Foundation.