Documenting the language of the Modern Assyrian Mountaineers of Nala 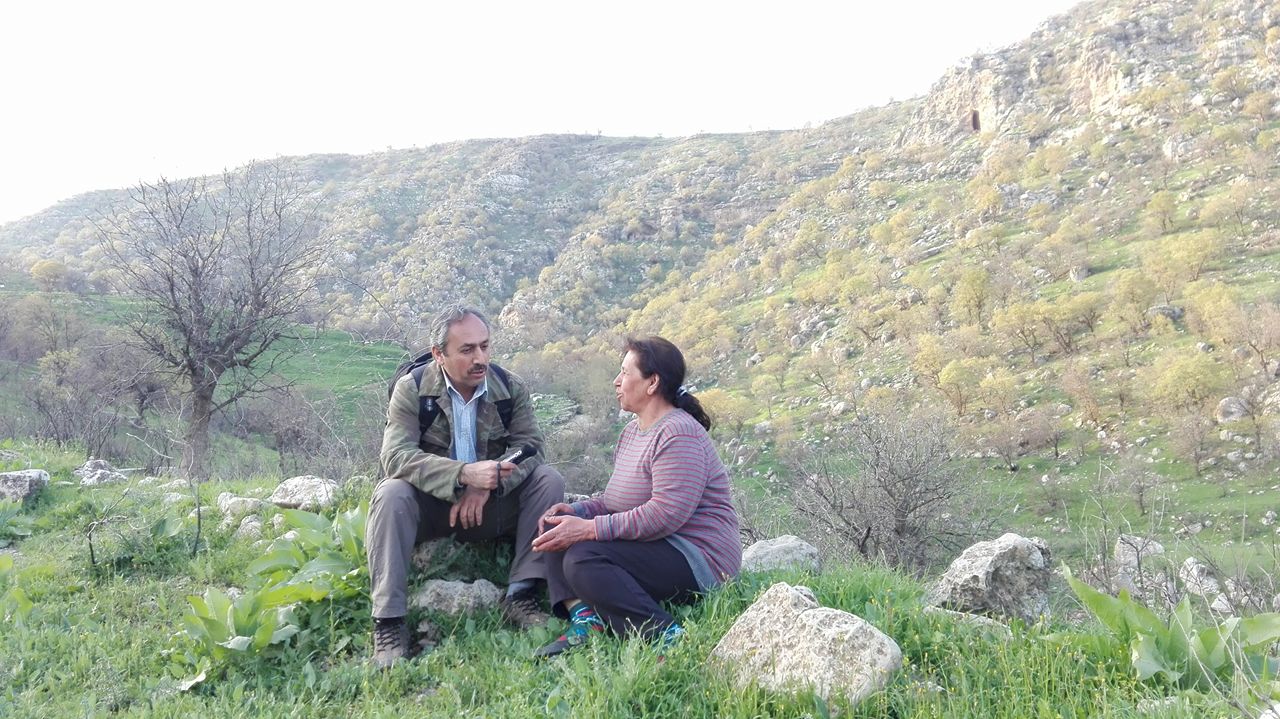 Landing page image for the collection “Documenting the language of the Modern Assyrian Mountaineers of Nala: an ancient language endangered through migration and oblivion”. Click on image to access collection.

This collection is the result of a language documentation project on Sorith, a Modern Assyrian dialect spoken by Assyrian Christians living in the Nala region of northern Iraq. This collection includes audio, video and photography materials on the language as well as the environment in which the speakers live, with a focus on materials linked to plants, animals, the geography and agriculture.

Modern Assyrian (the emic term is Sorith) is the language spoken by Assyrian Christians in the north of Iraq. The community originally came from the Lower Tyari region of south-eastern Turkey. The Lower Tyare are one of the Assyrian tribes who have retained a lot of vocabulary inherited from the oldest civilisations of the east, such as Babylon and Assyrian civilizations, dating back to thousands of years in Mesopotamia. Because of persecution during the First World War, the community fled via Iran to Iraq. After they were unable to return to Turkey, they settled in the Nala valley between 1924 and 1925. They currently live in seven Assyrian Christian villages in the Nala valley in the Amadiya District of the Duhok Governorate in the Kurdistan region of northern of Iraq.

These villages are isolated from each other. They are located in mountainous areas, local transport was mainly by foot and animal until recently, and community members migrated to even more rugged and mountainous pastures in summer. For these reasons, the people of these regions have been able to maintain the purity of their language (their own dialect) in comparison to the majority of the other regions, whose inhabitants’ and their speech mixed with others and were affected by the other dialects and languages.
Today, there are around 1,000 speakers of Sorith. Language endangerment began with the displacement from Turkey during the First World War, and language use continues to be threatened by conflict and war, today due to increased migration after the appearance of ISIS and their attacks on Iraqi minorities, as well as for economic reasons. With this, the language is at risk of losing the treasures of a rich vocabulary and expressions, preserved only in memory of the centenarians. It is estimated that only dozens are left that have the knowledge and the linguistics inventory which is preserved particularly by the mountainous and agricultural environment of the region.

The Tyari dialects of Modern Assyrian spoken by the Assyrians of the Nala region are among the most archaic of the language and exhibit a number of linguistic features which attest to their antiquity, for example in its lexicon, which has preserved many ancient words.

Today, there are only a few dozens of speakers left that have the knowledge and the linguistic repertoire to illustrate the close links between the linguistic inventory and the geographical environment of the mountainous and agricultural landscape of the region. For example, in the lexicon there are no less than 35 terms to describe the various types of pebbles, or no less that 50 associated nouns for the plow.

Mikhaeel Benjamin, the research who prepared this collection, is a native speaker of the Nala dialect and has been focusing on teaching different dialects of the Assyrian language. He works as an official teacher for Standard Assyrian Language in Duhok City.

When completed, this collection will include

Before the research that led to this collection, Years ago, Mikhaeel Benjamin already researched the dialects of Assyrian, especially the Nala dialect, and conducted and recorded interviews. With funding from a project supported by the Endangered Languages Fund, he documented certain features of the Nala dialect.
The materials in this collection were gathered between 2018 and 2019 as part of Mikhaeel Benjamin’s Small Grant awarded by ELDP.