Documenting Lemo, a dialect of Bai spoken in the Nujiang Valley of Yunnan Province, China 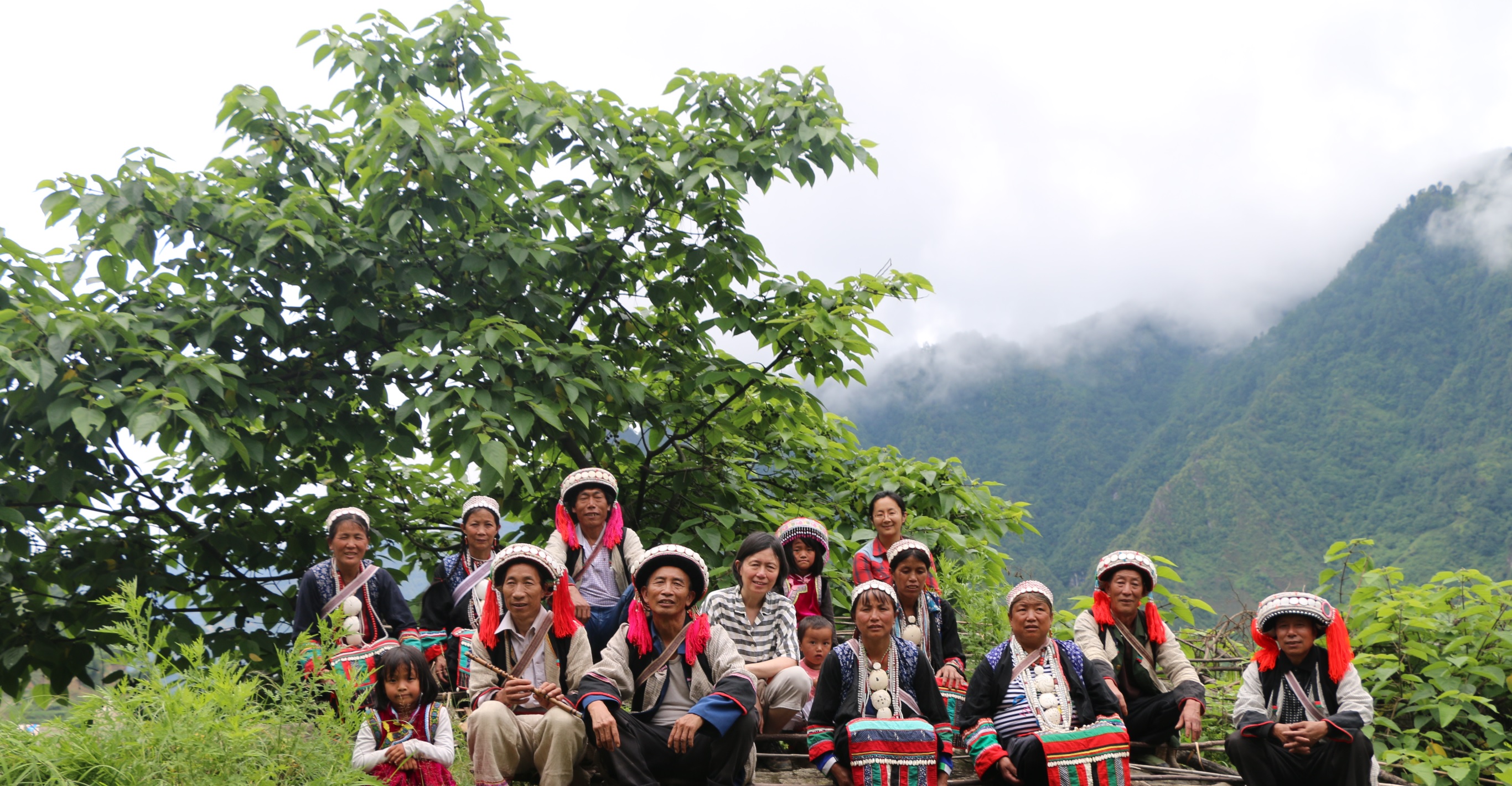 Bani (or Lemo) is considered a Northern Branch of the Bai language. It is spoken by 12,000 people in the Nujiang Valley of the Yunnan Province in China. The Bani language is officially classified as part of the Northern Branch of the Bai dialect in the 1950’s (ISO639-3 BFC in Ethnologue). The current project aims at working with the Language Community to document its language in its dynamic daily uses and cultural performances. The deposit comprises audio and video recordings of folk stories, personal stories, ritual and ceremonial speeches and songs, folksongs, traditional musical instrument playing, and conversations. It also contains videos of festivities, religious rituals and traditional craftsmanship such as alcohol making and weaving, photos of daily life and ritual practices, recordings of vocabulary elicitation sessions, word lists and recordings of 5000 words in two sub-speeches (Jinman and Ega), and a grammar sketch. The language materials will be transcribed in ELAN in five tiers: IPA, Chinese word for word glosses, Chinese full sentence translation, English word for word glosses, and English full sentence translation.

The group refers to themselves as Bani (巴尼). Lisu people call them Lemo (勒墨). Bani (ISO639-3 BFC) is spoken by Bani People in the Nujiang Valley (怒江）of Yunnan (云南) Province, China. The Nujiang Valley lies in a narrow strip of land bordering Myanmar, sandwiched on the west by Gaoligong Mountain Range (高黎贡山) and the Biluo Snow Mountain Range (碧罗雪山) on the east, with the lowest altitude of 738 meters to a mountain peak of 4161 meters. In between runs the Nu River, within the Three River Natural Reserve, which flows into Myanmar and joins the Salween River. On these two mountain ranges and along the Nu River live 12000 Bani speakers along with the majority Lisu (傈僳) people and other ethnic groups. They reside in the Lushui County (泸水县) of the Nujiang Lisu Nationality Autonomous Prefecture （怒江傈僳族自治州）with most concentrated in the Luobenzhuo Bai Autonomous District (洛本卓白族乡). The Bani’s oral history, passed on from generation to generation, traces their origin to the plain area of Dali (大理), from where they migrated first to Lanping （兰坪）at the Lancang (澜沧) river area and then some 300-400 years ago, crossed the Biluo Snow Mountain to settle in the Nujiang Valley. Due to living together with majority Lisu for about 300-400 years, a shift to Lisu has been happening. Some family clans of Bani now only speak Lisu as their first language. Many Banis are currently bilingual in Bani and Lisu or trilingual in Mandarin Chinese as well. The Chinese influence is felt more strongly as the language of media and education. Because the nine year compulsory education is in Mandarin Chinese, a Bani child will switch to Mandarin in the very first instant after stepping into a school. Bani will speak less and less their mother language. Although the Bani is classified as Northern Bai and there are linguistic arguments for it, the speakers do not identify with Bai people; rather, they think they are independent.

This collection contains data mostly from Jinman speech of the Bani dialect. The word lists includes both Jinman and Ega speeches. All language data is annotated in IPA, Mandarin Chinese and English.

The majority of bundles in this collection are audio-video recordings. As of December 2018, there are 18 hours of recordings in both wav and MP4. Most of the recordings are traditional stories. Some are videos of musical instrument playing and clothes or wine making. Recordings also contain elicitation sessions and content sessions. The ELAN transcription applies to one hour of audio materials, while the text files are transcriptions in Mandarin Chinese of the stories told.

The fieldwork for the ELDP project is carried out during three years between Summer of 2017 and May 2020. The Principal Investigator Jingqi Fu and researcher Xiaoxia Yang have made several trips, together and separately to the Luobenzhuo County to collect and record data from local villagers and folklorists. The data is mostly collected from speakers of Jinman and Gejia Villages, where Fu stayed months on her field trips. Our local consultants also recorded proverbs and cultural events for the projects. Transcriptions and translations were done by Jingqi Fu and Xiaoxia Yang with the assistance of Xiufang Qu and Zhouhui Yang. Creation of the metadata, archiving, and the maintenance of the deposit were done by Jingqi Fu and Tianjun Gao.

There are few mentioning of Bani language in the literature. Xu and Zhao (1964) first introduced Northern Bai, under the name of Bijiang Dialect, together with its two better known dialects, Dali Bai and Jianchuan Bai. This work and subsequent work are based on the 50’s language survey conducted by linguists and anthropologists in China. Amore detailed description of Northern Bai can be found in Xu and Zhao’s 1984 白语简志 [Survey Grammar of the Bai language].” Since then, Northern Bai has been studied in dialect comparison, such as Fu and Xu (2008), Wang (2004) and Allen (2004). Wang has collected data on several sub-speeches of the Northern Bai, including Jinman, Ega, in an effort to reconstruct the proto-Bai language. In addition to these linguistic papers, we also found studies and descriptions of social-economic situations (Zhan et al, 1991) and cultural and religious practices. The most notable publication of Bani’s religious practices was the Yang et al’s 1998 Records of Lemo Bai’s Religious Practices, in which Bani’s religious ceremonies were recorded and transcribed into IPA and explained in Mandarin Chinese.

Fu Jingqi and Lin Xu. 2008. From Locative to Object Markers: the Parallel Development of Two Postpositions in Bai, in Space in Languages of China, Cross-linguistic, Synchronic and Diachronic Perspectives, Xu, Dan (ed.), 119-141, Springer.

The use of content in this corpus should acknowledge Jingqi Fu as the principal investigator, and Jingqi Fu and Xiaoxia Yang as the data collectors. Consultants should be cited according to the information included in the metadata.