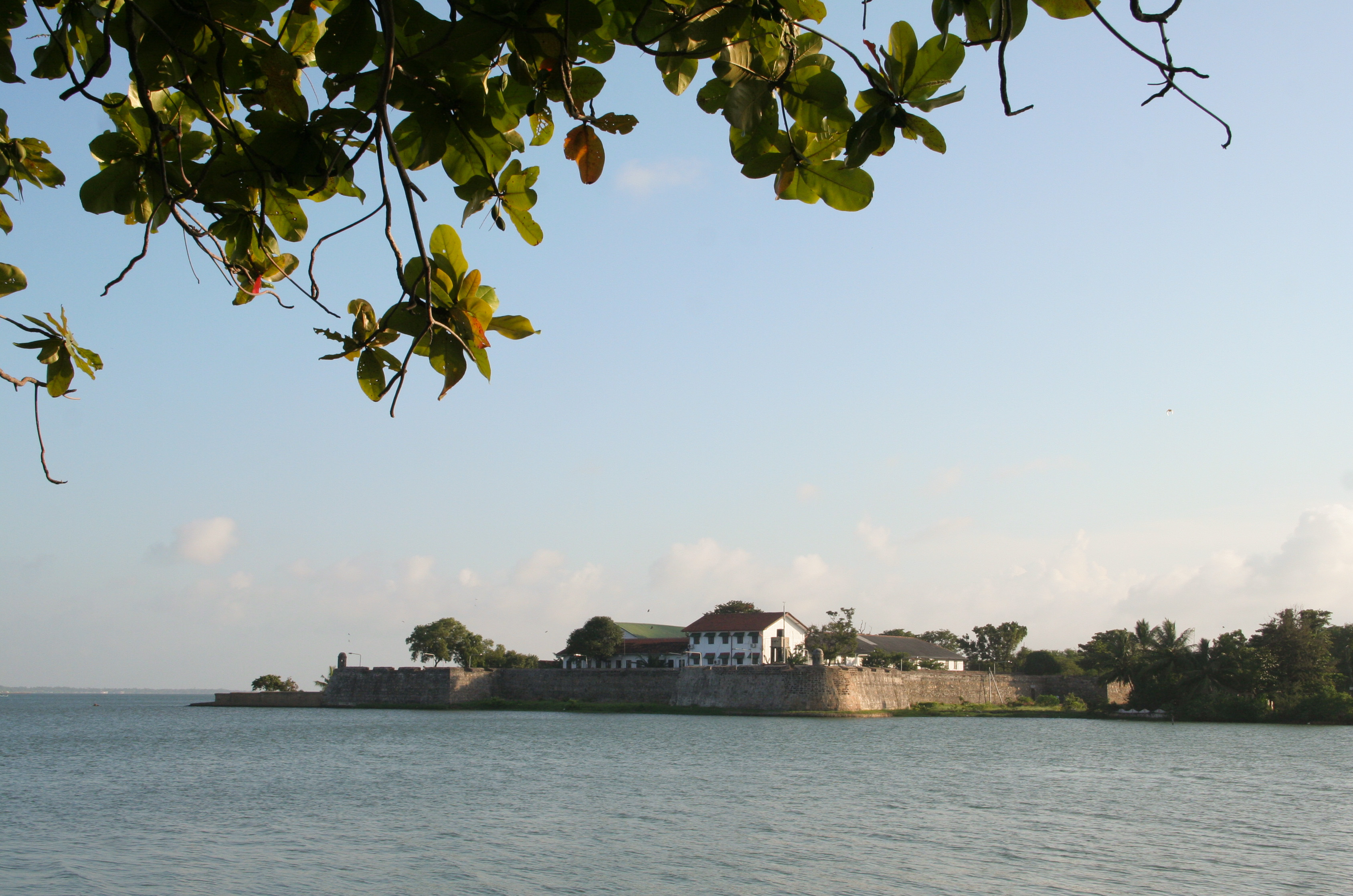 Sri Lanka Portuguese (also known as Sri Lanka Creole Portuguese, Burgher Portuguese, or, in the past, Ceylon Portuguese) is a Portuguese-lexified creole language spoken by the Portuguese Burgher community of Eastern Sri Lanka and historically also by the Afro-Sri Lankan (locally known as Kaffir) and the Dutch Burgher communities. The formation of the creole is connected with Portuguese colonial domination of large tracts of Sri Lanka (then Ceylon) between the early 16th and the mid-17th century. Among other characteristics, the Portuguese Burgher and Kaffir communities are noted for their particular genres of music and dance, which had an impact on the music and dance of the entire country, and, therefore, this documentation project combines linguistic documentation and ethnomusicological research conducted among the relevant speech community.

The bulk of the data was collected in Sri Lanka by the core team members – which included Hugo Cardoso (principal investigator), Mahesh Radhakrishnan, and Patrícia Costa – over the course of three field trips that took place in 2017 and 2018. On one of these trips, Rui Pereira also joined the team to conduct a sociolinguistic survey of the community. However, the collection contains other types of materials, chiefly a set of audio recordings made by Hugo Cardoso in 2015, during a preparatory field trip to Trincomalee and Batticaloa, archival sources (written and audio) – most of which transcribed and edited -, procedural documents (e.g. sociolinguistic surveys, consent forms), and means of knowledge dissemination (academic articles and posters, leaflets).

The photo accompanying this description was taken by Hugo Cardoso and represents the fort that guards the Batticaloa Lagoon, a symbol of the history underlying the formation and establishment of this creole language in Sri Lanka.

The formation of a Portuguese-lexified creole language on the island of Sri Lanka (earlier known as Ceylon) is associated with a period of Portuguese colonial presence which lasted from the early 16th century to the mid 17th century, at which time another colonial cycle began, dominated by the Dutch. While the language is nowadays restricted to a particular community and to very constrained geographical areas, earlier it was much more widespread, and had an importance among certain sections of the island’s population which can still be gauged from a relatively vibrant written production which lasted until the early 20th century. Despite that, present-day Sri Lanka Portuguese is by and large an oral language with no established orthography in use among the speech community. The documentation project team produced a set of orthographic rules, used for the transcriptions of the materials in the collection and offered to the community as a viable orthographic proposal. This collection focuses especially (but not only) on the Portuguese Burgher community of Eastern Sri Lanka. “Burgher” is a Dutch-derived term which, in Sri Lanka, came to designate the communities which claim a Eurasian ancestry. Over time, a somewhat clear division became established between the Portuguese Burghers and the Dutch Burghers, and, while both traditionally used Sri Lanka Portuguese, the language is now almost exclusively associated with the Portuguese Burghers. The language is especially preserved in Sri Lanka’s Eastern Province, a region in which Tamil forms the majority language, which is why most recordings were collected in locations belonging to the eastern districts of Trincomalee, Batticaloa, and Ampara. In addition to this core speech community, the collection also contains a more modest set of interviews with members of the Portuguese Burgher community of Jaffna, in Sri Lanka’s Northern Province. When the project began, all available indications suggested that, as elsewhere in the country, there were no speakers of Sri Lanka Portuguese left in Jaffna, therefore the inclusion of this group of speakers was an unexpected and significant development. Historically, in addition to the Portuguese and Dutch Burghers, the Afro-Sri Lankan community (known locally as “Kaffirs”) also used Sri Lanka Portuguese as their home language. The community has now shifted to other languages but preserves a repertoire of songs in Sri Lanka Portuguese, which are also represented in this collection in the recording of a public performance of song and dance. In this particular case, the recording was made in Colombo and features Afro-Sri Lankan musicians and dancers from the Kalpitiya region, in the North Western Province. 210 participants (speakers and performers) contributed to the materials collected during the documentation project. In addition, a sociolinguistic survey distributed among the Portuguese Burgher community of the Eastern Province reached 3,094 individuals in 920 households.

The project combined linguistic documentation with ethnomusicological research. As such, regardless of the diversity of topics covered, music, song, and dance are very present in the collection, not only in the form of recordings of performances – mostly of the Portuguese Burgher repertoire, but also that of the Afro-Sri Lankans – but also as subjects of conversation. The collection therefore contains plenty of first-hand information – expressed in Sri Lanka Portuguese, the target language of the documentation – about musical and dance genres, song lyrics, performance settings, practitioners (current and past), instruments, and the transmission of this type of knowledge.

Another important feature of the collection is that it contains copies and/or searchable edited transcriptions of archival documents pertaining to the Sri Lanka Portuguese language – 19th-century and early 20th-century manuscripts, dictionaries, vocabularies/phrasebooks, grammars, poetry collections, and religious texts –, most of which are difficult to access otherwise. A set of archival recordings of traditional songs is also made available in our collection. These result from the prospection of archives and libraries in Sri Lanka, the United Kingdom, and Austria and were built into the project as a contribution to the community itself as well as researchers who may wish to approach the synchronic data also from a diachronic perspective.

Currently, the collection contains nearly 40 hours of video and audio recordings. All of them have been uploaded with accompanying ELAN files containing a full transcription and, for around 13 hours of them, also an English gloss, parts-of-speech annotation, and translation. Since research is progressing, materials will continue to be uploaded and updated.

As of March 2020, the collection includes:

Given the projects’ ethnomusicological approach, performances of music, song, and/or dance form an important component of the collection (at 26 formal performances), as do conversations relating to music, instruments, performance, transmission of cultural knowledge, etc. However, the collection encompasses a variety of different recording settings and activities, including:

During the documentation project (2017-2018), the team collected mostly video, while the materials derived from the preliminary 2015 field trip are exclusively audio. The distinction between the two sets of data is reflected in file-naming:

Data-collection also focused on diachronic archival materials relating to the Sri Lanka Portuguese language. Those which have been included in the collection have their own file-naming convention:

Other material types include:

One set of audio data in this collection is derived from a pilot field trip to Eastern Sri Lanka in 2015 (January and February) by Hugo Cardoso, the principal investigator. However, the bulk of the recordings, most of them video, were made during three trips which occurred in 2017 (February to April; October and November) and 2018 (March to May). In the first of these, the principal investigator travelled on his own; in the second one, he was joined by Mahesh Radhakrishnan (postdoctoral researcher focusing on ethnomusicology), Patrícia Costa (research assistant responsible for transcribing and annotating most of the data), and Rui Pereira (MA student who took charge of the sociolinguistic survey of the speech community); in the third one, only Hugo Cardoso, Mahesh Radhakrishnan, and Patrícia Costa participated.

Data-processing was a collaborative effort, but team members did specialise somewhat. Patrícia Costa transcribed most of the data on ELAN, set up the linguistic annotation procedure on FLEx, and updated an earlier transcription of the 2015 recordings done by Ana Krajinović. These tasks were supervised by Hugo Cardoso, who revised all transcriptions and annotations at every step, produced the necessary metadata, and uploaded the materials onto ELAR. Mahesh Radhakrishnan transcribed, translated and annotated the ethnomusicological materials. Rui Pereira produced the survey questionnaire, distributed and collected them in collaboration with Hugo Cardoso and 18 community members, and processed the results. Written archival sources were located and collected by Hugo Cardoso, transcribed by Patrícia Costa, and edited collaboratively by both. During the entire process, several community members with fluency in Sri Lanka Portuguese collaborated in revising initial transcriptions of the recordings and fine-tuning translations.

Adequate informed consent was collected from the speakers represented in the collection.

Users of any part of the collection should acknowledge Hugo C. Cardoso as the principal investigator, and the Endangered Languages Documentation Programme at SOAS as well as the Fundação para a Ciência e a Tecnologia as funders of the documentation. Individual speakers whose words and/or images are used as well as anyone else involved in collecting, transcribing or translating the data should be acknowledged by name whenever this information is given in the associated metadata.