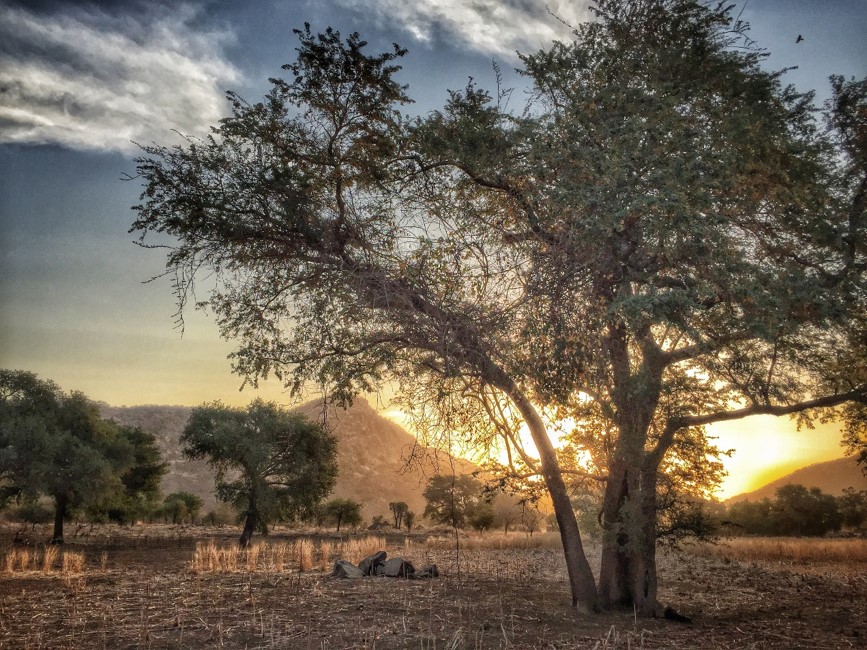 Video Documentation of the Barayin language

Barayin (or Baraïn) is a Chadic language spoken by about 5000 people in the Guera region of the Republic of Chad. There are approximately 30 to 40 Barayin villages in the Melfi area. Like most inhabitants of the Guera region, the Barayin are agriculturalists, their primary crops being millet and sorghum.

Chadic langauges are significantly underdocumented, and Barayin remained essentially undocumented until fieldwork began in 2010. The early stages of fieldwork focused on written materials describing the phonology and morphosyntax, with a limited amount of transcribed naturalistic texts included. This collection fills a gap in those early efforts by providing a audiovisual record of how the language is used, at least in a certain limited number of contexts.

There are four groups within the Barayin: Jalkiya, Giliya, Jalking and Komi. These groups all accept the name Barayin for the language group as a whole, although the origins of this name appear to be Arabic. The Jalkiya and Giliya are geographically and linguistically very close to each other. Only these two dialects are mutually intelligible. The Jalking and Komi are more isolated. Most recordings in this deposit are of the Jalkiya and Giliya dialects. There is also a small collection of recordings from the Jalking (or Koliya) dialect (bva096 to bva111). The Komi dialect is not included.

Most of the data archived in this collection are from fieldwork in Chad in 2017 funded by the Endangered Languages Documentation Programme (ELDP) Small Grant SG0431. This includes 244 video files in which 122 different members of the Barayin community participate. 29 of these videos are transcribed, glossed by morpheme, and translated into English and French. An additional 18 are transcribed and translated into French.

Most of the videos are semi-spontaneous monologues delivered in a casual gathering to a small group of Barayin listeners. There are three dialogue videos, and several videos of singing and music. All file names beginning with bva0xx, bva1xx and bva2xx (where “xx” represents any two digits) are from 2017 fieldwork. The data from 2017 includes videos that are part of a pilot project to explore the expression of associated motion in closely related languages. These files are labeled: motionxx (where xx are two digits).

Use of any part of this collection should acknowledge Joseph Lovestrand as the principal researcher. Data from 2017 fieldwork should additionally recognize the Endangered Languages Documentation Programme as the funders. Individual contributors who spoke, performed, recorded or annotated data should also be acknowledged by name as referenced in the metadata.