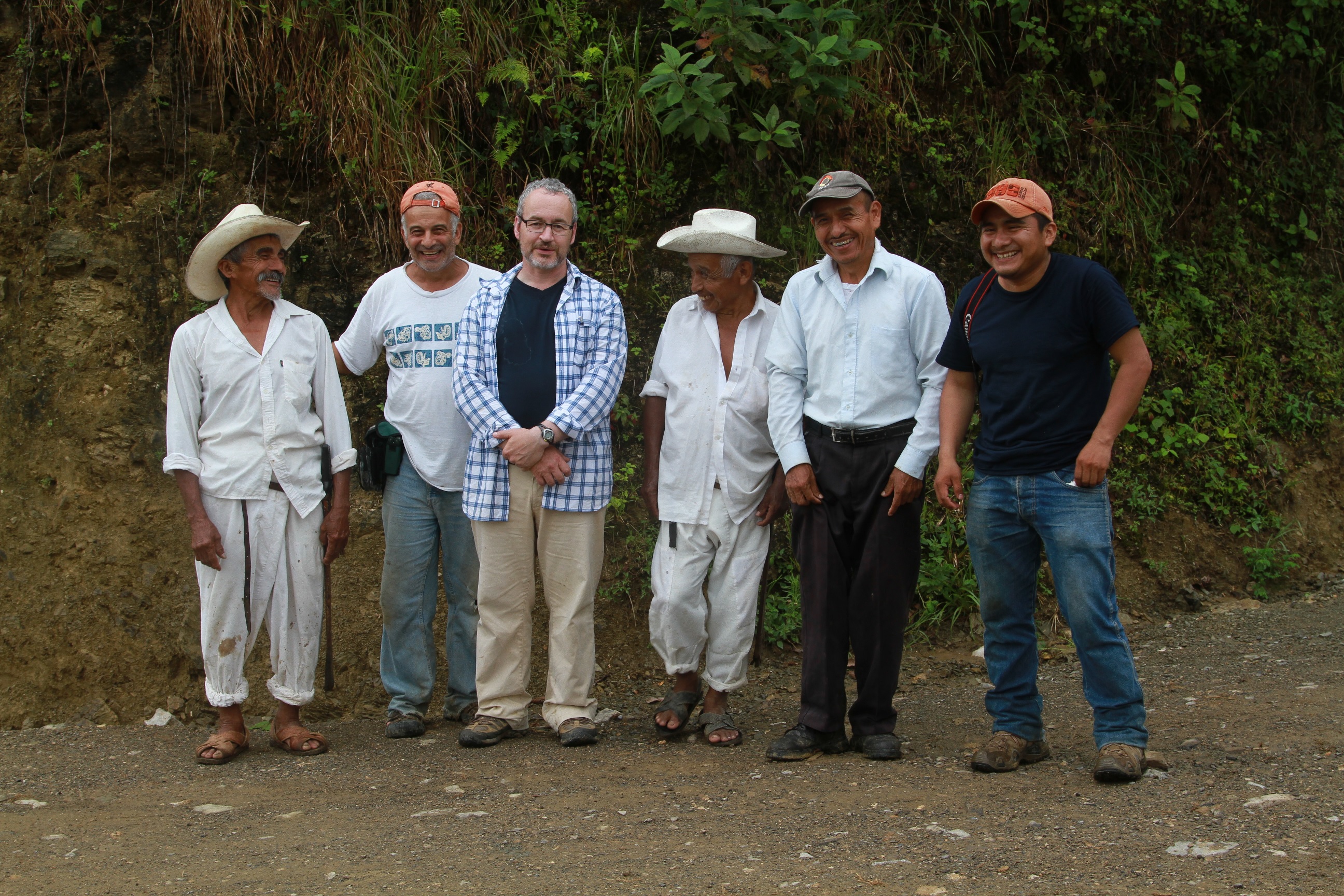 This project documents threatened traditional ecological knowledge in eight Totonac communities in the Sierra Norte of Puebla State, Mexico, and brings together the expertise of native speaker natural historians, linguists, and botantists to document indigenous uses and taxonomies of flora from the region. The collection includes video recordings of native speakers of eight different varieties of Totonac (some mutually unintelligible with others) discussing plants and their uses, as well as photographic records of plants collected and identified by botanists.

The people represented in this collection are members of various Totonac communities living in the Sierra Norte of Puebla State, Mexico. These communities are primarily sedentary agriculturalists living by means of a combination of subsistence agriculture and the production of cash crops, primarily coffee. Out migration for work in the city and to the United States, as well as cultural assimilation to the larger Mexican society, mean that the traditional languages and cultures of these communities are several threatened.

Totonac is a branch of the Totonacan family, generally considered an isolate, although links have been suggested to Mixe-Zoquean and Chitimacha. The languages targeted by this project belong to the Northern (Upper Necaxa, Zihuateutla, and Coahuitlán) and Sierra-Lowland (Cerro Xinolatépetl , Ecatlán) sub-groups. Apart from Beck’s work on Upper Necaxa Totonac, the other Totonac languages targeted in this project are entirely undocumented. All five Totonac languages are highly endangered, with extremely limited transmission to younger community members. Within this context of endangerment, traditional ecological knowledge (including the nomenclature, classification, and use of local flora) is particularly threatened by a combination of language loss and significant changes in lifestyle and human-environment interactions.>

This deposit presents a mixture of video recordings of individuals discussing traditional botanical knowledge or demonstrating material cultural practices and traditional dances, and information representing botanical collections of plants identified by native speaker natural historians. The collections consist of high definition photographs of plants accompanied by text files containing the indigenous name of the plant, an expert determination (in most cases to genus or species); for most communities, an audio recording of the plant name is also provided. These are organized by collection numbers and so all information for each plant appears together in the directory listings. Each collection also has a textual summary containing the available data for the entire set of plants for each community.

Most of the data collected in the deposit was made in 2017 during the term of the ELDP grant, supplmented by funds from a Social Sciences and Humanities Research Council of Canada (SSHRC) grant to David Beck and a National Science Foundation (NSF) grant to Jonathan Amith. Some data from Upper Necaxa, Zongozotla, and Atlequizayan was collected earlier, in 2015–2016, with funds from the SSHRC and NSF grants to Beck and Amith, respectively.

Users of any part of the collection should acknowledge David Beck and Jonathan Amith as the principal data collectors and researchers. Users should also acknowledge the Endangered Languages Documentation Programme, the Social Sciences and Humanities Research Council of Canada, and the National Science Foundation as the funders of the project. Individual speakers whose words are used should be acknowledged by name; any other contributor who has collected, transcribed, or translated data or made photographs of botanical specimens should be acknowledged by name. All information on contributors is made available in the metadata. Visual representations of individuals in the deposit may not be reproduced, published, distributed, or made publicly visible without written permission from the principal investigator (Beck).