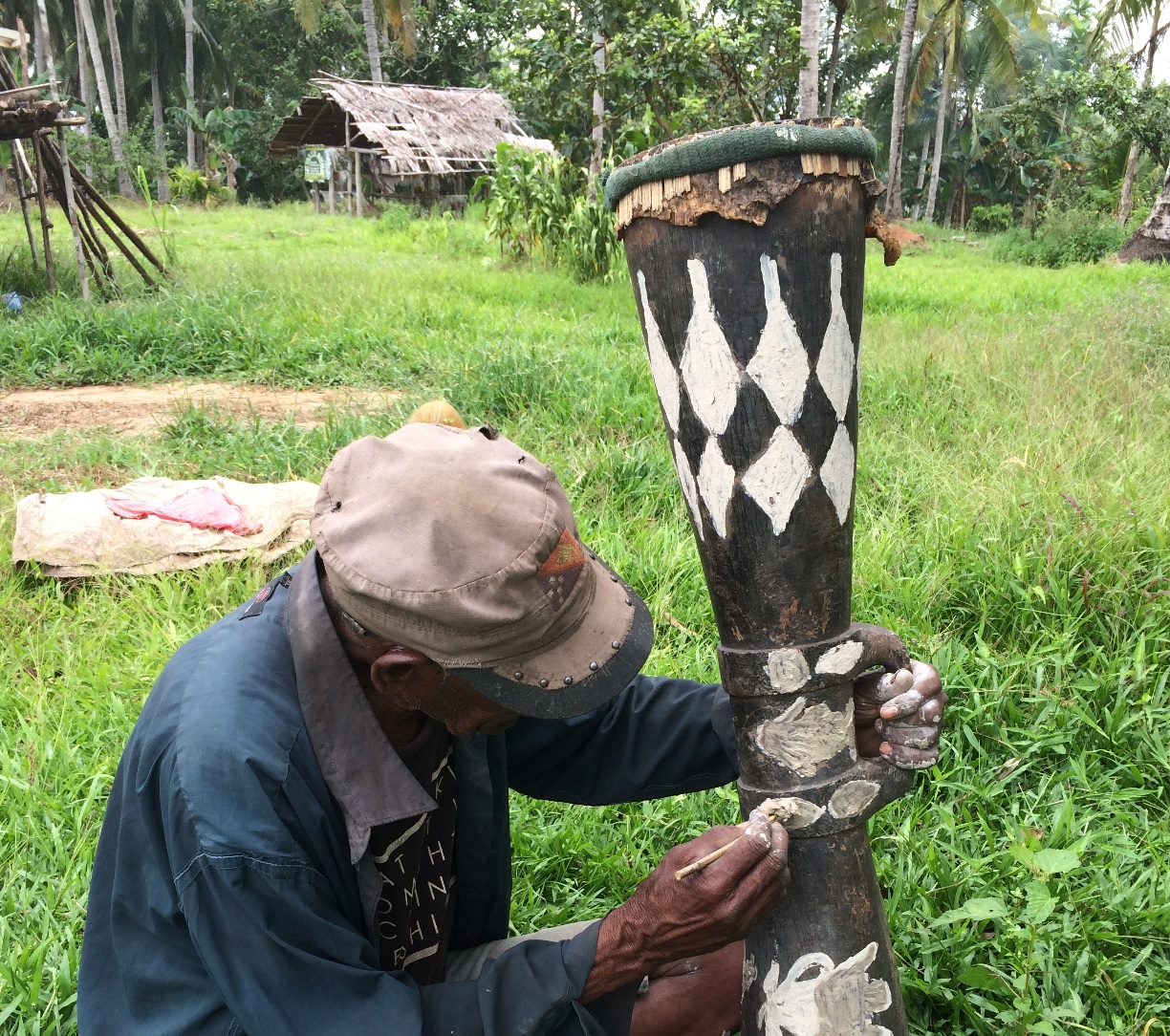 Landing page image for the collection “Documentation and description of Bitur and preliminary investigation of the moribund Abom language”. Click on image to access collection.

Bitur, one of the severely under-documented Lower Fly languages, is spoken in five villages of Western Province, Papua New Guinea. Abom is a virtually undocumented moribund language of the same region. This collection represents the first significant step in documenting the Bitur and Abom languages and contributing to our understanding of their grammars.

The collection includes audiovisual corpora of transcribed, translated, and interlinearized texts; lexical databases compiled from elicitation and texts; and pictures of village life, traditional activities, and the documentation itself. Additionally, it includes grammatical description concerning specific topics in Bitur, including phonology, valency, and the ‘middle’ construction.

The Bituri people acknowledge their heritage, both linguistically and culturally, among the Lower Fly peoples alongside speakers of Makayam (aup), Baramu (bmz), and Kiunum (wei). All Lower Fly languages are spoken in villages along the south bank and a few islands of the Fly River in Western Province, Papua New Guinea.

The subsistence and lifestyle of the Bituri people are river-based. Bitur-speaking villages are all situated on the Bituri creek and its small tributaries, with lowland marshes all around. The sago-based diet of Bituri people contrasts with the Yam-based subsistence of Pahoturi River-speakers to the south.

Ethnologue classifies Bitur as a ‘vigorous’ language. It is learned by all Bituri children, and it is used in all domains that do not include outsiders. However, English is taught in the schools alongside the vernacular, and it is most commonly used for communication with outsiders. Even more, the rapid encroachment of Western culture — for example, advances in technology and transportation that increase connectivity with the rest of the world — threatens the traditional lifestyle of the Bituri people.

Historically, the Abom people were semi-nomadic, residing in various camps in the forested areas east of the Bituri creek, south of the Fly River, and west of Mutam/Tapila villages. By their own traditions, they consider themselves people of the bush. Elderly speakers of Abom were born and raised there, but at some point the Abom villages were disbanded and the people moved to the villages of Tewara, Lewada, and Mutam/Tapila. Only three elderly native speakers of Abom remain, and almost all of the people claiming Abom heritage can now be found in Wipi-speaking Tapila village. Middle-aged members of the Abom community have limited knowledge of Abom, and younger Abom generations have almost no knowledge.

This collection includes documentation of two different languages which are not known to be related to each other. This record of the Bitur language is the first of its kind among the Lower Fly languages, preceded only by brief wordlists, a one-page grammatical description, and a sociolinguistic survey. The existence of the Abom language was only recently made known to the linguistics community, and the subsequent documentation prior to this collection had been limited to a list of less than 200 words and phrases. With only three elderly native speakers, the language, culture, and traditions of the Abom people may soon be lost without hope of recovery. As a result, documentation of Abom should be given the highest priority.

The collection contents for the Bitur language include the following:

– 1 hr of audio recordings (50% transcribed, translated, and time-aligned, with most of this also interlinearized), including narrative, conversation, and song
– 0.5 hr of video recordings
– Lexical database of words and affixes
– Notebook scans of lexical and grammatical elicitations
– Consent videos
– Digital photos
– Academic papers and presentations on topics of grammatical analysis

The collection contents for the Abom language include the following:

– 0.4 hours of audio recordings (50% transcribed, translated, and time-aligned), including narrative, conversation, and song
– 0.2 hours of video recordings
– Lexical database of words and affixes
– Notebook scans of lexical and grammatical elicitations
– Consent videos
– Digital photos
Transcriptions, translations, and interlinearizations will continue to be added as they are processed.

Data and materials for this collection were collected during the summers of 2015 and 2016 by Phillip G. Rogers, principal investigator and Ph.D. student at the University of California Santa Barbara. In summer 2015, Phillip spent three weeks in Upiara village working on documentation of the Bitur language. In summer 2016, Phillip returned with the support of an ELDP small grant, spending four weeks in Upiara on the documentation of Bitur and one week in Tapila village on the documentation of Abom (accompanied by two Bituri collaborators, Darima Maiki and Gabriel Domaka).

Users of any part of the collection should acknowledge Phillip G. Rogers as the principal investigator, data collector, and researcher. Users should also acknowledge the Endangered Languages Documentation Programme and the University of California Santa Barbara as the funders of the project. Individual speakers whose words and/or images are used should be acknowledged by name wherever possible.