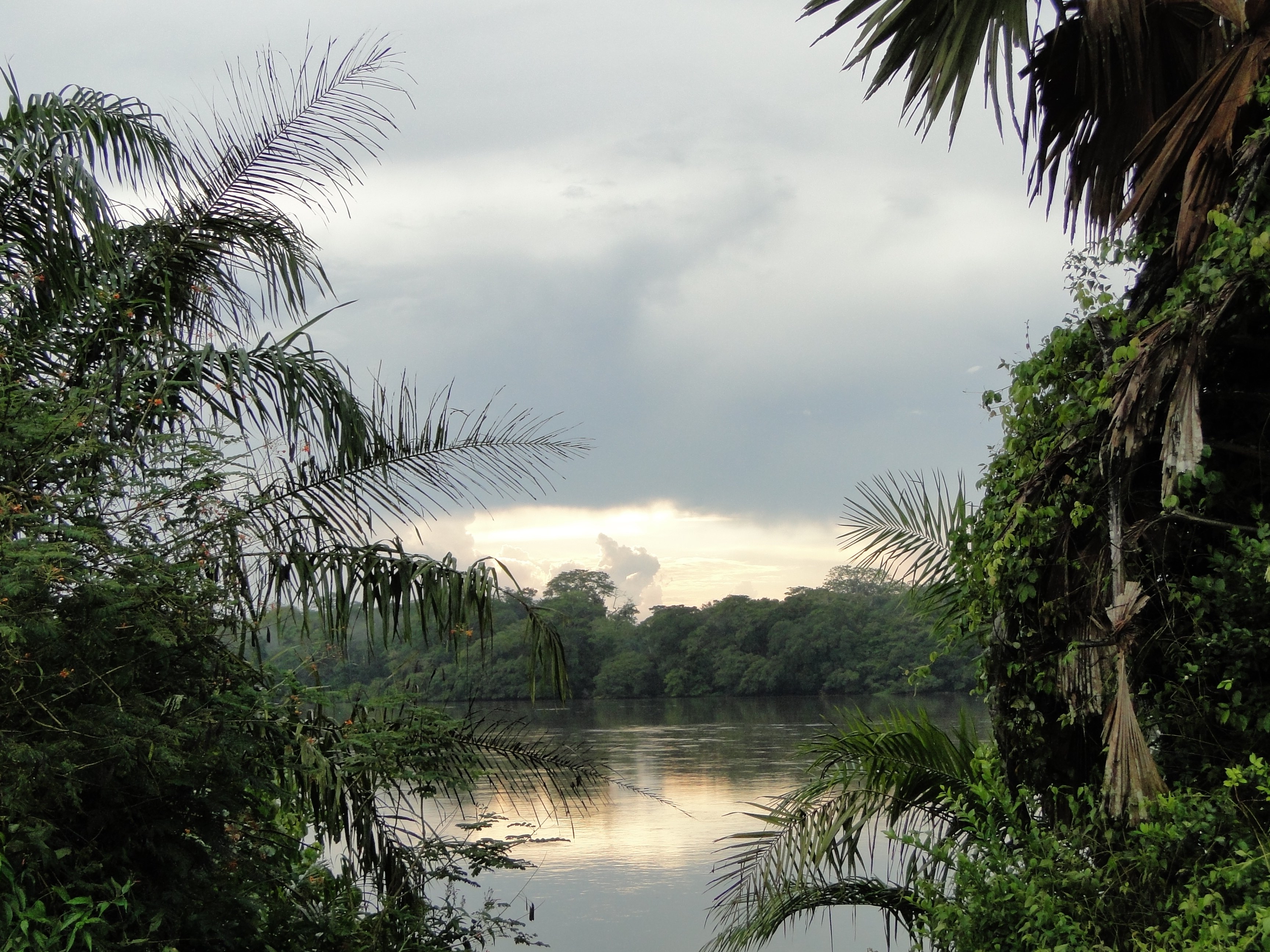 Landing page image for the collection ’A documentation of the remnant Baka-Gundi language Limassa’. Click on image to access collection.

Limassa is a language of the Baka-Gundi branch of the Mundu-Baka family and currently classified as Ubangi. The number of capable speakers is no higher than 45. Considering the much higher number of Bomassa living in the Congo, this estimate displays the degree of language transmission and consequently the alarming level of endangerment. Prior to this project Limassa was undescribed; only three small vocabularies exist, two of which are more than a hundred years old. Furthermore, Limassa embodies a special role for linguistic research. In being the only securely known non-pygmy variety in the Baka-Gundi branch, Limassa may be the direct source of the Baka pygmy language complex. Therefore, for several valuable reasons, the central aim of this project is a thorough linguistic investigation with the goal of a large and diverse data corpus.

This collection is the result of the ELDP-funded documentation project “A documentation of the remnant Baka-Gundi language Limassa”, which was carried out from 2016 – 2020. The project was implemented by linguist Benedikt Winkhart, native speaker assistant Boyima Sylvain, and a large part of the Limassa speaker community throughout the Sangha region. All participants were involved in the conception of the collection, both in terms of content and presentation. The archived data covers a wide range of genres.

The different types of data include visual and acoustic data in the form of videos containing a wide variety of interactions between speakers in a plethora of natural contexts. All components of the corpus have been video and audio recorded. Only lexical and grammatical elicitation were recorded without video. The central working language throughout the project was French. The contents are generally translated into French. In addition, edited content is translated into English. The dictionary file and the text collection as well as all metadata are presented in English.

All data is collected by Benedikt Winkhart, linguist and principal investigator behind the documentation project and the members of the speaker communities themselves.

Limassa is spoken mainly in Bomassa on the Sangha River in the north of the Republic of the Congo. It is the traditional settlement of the Bomassa, who are accepted as the founders of this village. The village exists since 1920 and was originally called Ngolio (‘eagel’). Today it has ca. 400 inhabitants. The population of the village is multi-ethnic as well as multi-linguistic Further languages spoken in the village are the closely related Ngombe-Baka as well as the Bantu languages Ngundi and Mabenjele-Aka. According to several accounts, speakers may also be located outside Bomassa. In the first half of the 20th century some Bomassa founded smaller settlements and fishing camps on the Sangha between Ouesso and Bayanga – Some of these settlements still exist today, e.g. Mombongo, Bounda and Molongodi. Furthermore, there is evidence of occasional encounters with speakers on the Cameroonian side of the Sangha.

Although the project mainly revolves around Limassa, two other languages and their speakers are also brought into focus. These are the two Baka-Gundi varieties Ngombe-Baka and Ngundi (Ubangi). The latter should not be confused with the Bantu language of the same name. The collection also contains a few data sets on Mabenjele-Aka, a Bantu language spoken by Pygmy foragers. These data are not relevant for this project and were mainly taken because of the convenient opportunity. These data can serve interested linguists and also other researchers as a basis for further work.

This collection is in fact a multilingual one. Besides Limassa, Ngombe-Baka and Ngundi are also represented. These two languages are the closest relatives of Limassa and are themselves, especially so Ngundi, under-researched. The data sets on Limassa are generally designated with the ISO code BME, data on Ngundi with the ISO code GDI. Data sets on Ngombe-Baka, for which no ISO code exists, are labelled with NGO. Finally, the deposit also contains some data sets on the Bantu language Mabenjele-Aka. These are designated with AXK. In this way, the linguistic materials can be easily identified. The region where Limassa is spoken is linguistically very rich in diverse languages, some closely related, others not. The project focuses on Limassa, but the opportunity was taken to document other languages in some data sets and present them here, mainly to initiate further research.

This collection consists of material collected in the village of Bomassa as well as the two neighbouring villages Boncoin (ca. 5km upstream, population: ca. 100) and Kabo (ca. 35km downstream, population: ca. 850). In addition, data were also collected in the two nearest towns of Pokola (approx. 12,000 inhabitants) and Ouesso (approx. 32,000 inhabitants). In both, Limassa speakers are a small minority and their language is accordingly little used in these places. The few data on Mabenjele-Aka were recorded in the Sangha region, mostly in and around Kabo and Pokola, but also partly in the Likouala region. The data on the Ngundi were collected in Seke and Thanry in the Likouala region. The data on the Ngombe-Baka originated in and around Bomassa.

This corpus currently contains roughly 74 hours of audio recordings, 48 hours and 5 minutes of which feature additional video recordings. These recordings are divided into 284 bundles according to thematic recording sessions. The collection also contains 439 photos that provide additional documentation. 10 hours and 14 minutes of the recorded materials are transcribed, translated and fully annotated. These data are deposited in the forms of ELAN and PRAAT files and a FLEx project file. Translations are provided in English and French as well as Lingala in few cases.

In order to determine its degree of endangerment the collection contains a systematic assessment of the current demographic and sociolinguistic status of the language. To this end, questionnaires on biographical/personal information in a meta-language (French, Lingala) were conducted in the locations where Limassa is spoken. This metadata on the consultants is provided in video form, but also in the form of overview tables in PDFs added to the collection.

This collection originated from a project which was kickstarted by an ELDP Small Grant (SG0452) in August 2016 and then received further funding through an Individual Grant Scholarship (IGS0313) for the period from August 2017 until August 2020.

The data collection for this project began in October 2016. During his first field research stay in Congo, Benedikt made initial contacts, first in the capital Brazzaville mainly for administrative reasons and finally in the designated research sites, in order to anchor the project. The Limassa speaker community in Bomassa and Kabo was already very interested during the first fieldtrip and with Boyima Sylvain, a native speaker assistant and co-researcher could also be recruited (for the entire duration of the project).

Although the second research trip could not take place until almost a year later, it was possible to continue almost seamlessly. The results of the first visit, namely photos and videos on SD cards, were handed over to the speakers. For further work, a laptop was obtained for Boyima Sylvain. This made it possible to work more efficiently on translations and annotations.

Benedikt travelled to northern Congo three more times after the second trip to continue the project. In total, he spent 13 months at the field sites, which increased in number as the project progressed. A geographical profile of the language was established and many speakers in different villages and towns were identified and provided valuable input. In 2019, in addition to the many places in the Sangha region that Benedikt has visited to work with Limassa speakers, it was also possible to explore the neighbouring Likouala region, where the closely related Ngundi is spoken. This language was previously unexplored and declared extinct by some Benedikt did indeed find speakers there in the two villages of Seke and Thanry and was able to generate initial language data.

During the three years of the IGS, Benedikt was able to keep in touch with Sylvain and work productively on the data even over distance. This contact still continues today. This exchange led to a continuous revision of the translated and annotated texts and contributed significantly to the quality and quantity of the archived material. A last update of the corpus was provided in June 2021.

Users of any part of the collection should acknowledge Benedikt Winkhart as the data collector and principal investigator. Users should also acknowledge the Endangered Languages Documentation Programme (ELDP) as the funding body of the project. Furthermore, individual speakers whose words and/or images are used should be acknowledged by name and any other contributors who collected, transcribed or translated the data should be acknowledged by name. All information on contributors is available in the metadata.

The following citation format can be used: