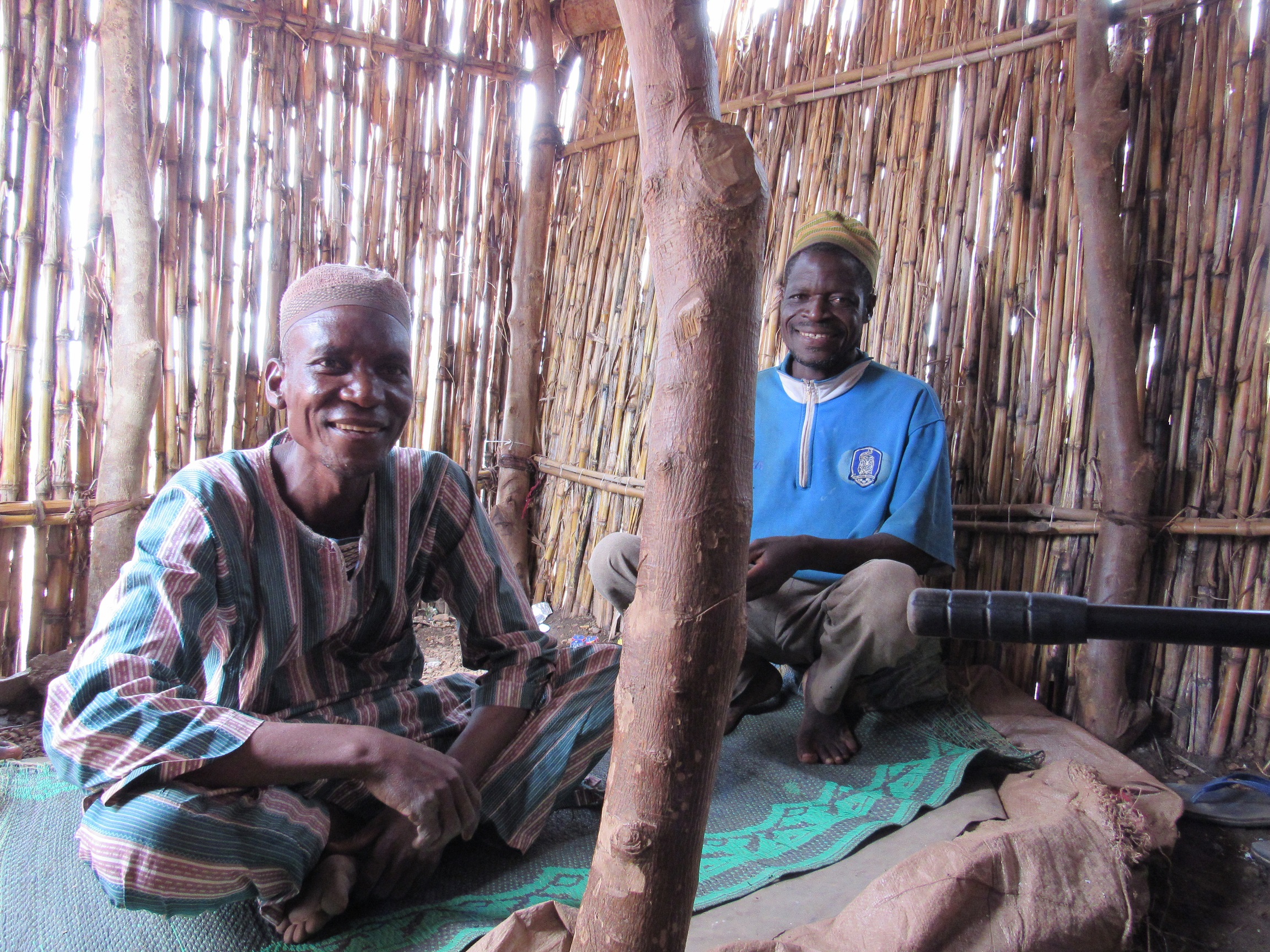 Fungwa is a Kainji language with about 1000 speakers in Rafi Local Government Area, Niger State, Nigeria. Specifically, the language is spoken in small villages and settlements along Pandogari-Alawa Road. This collection investigates the phonetics, phonology, morphology and syntax of Fungwa using data from narratives, music, conversations, pictorial commentary and phonetic experimentations.

The picture at the top shows Isah Wakili and his elder brother, while the video shows Baro Gabi thanking God for the day.

The data in this collection was elicited in four Fungwa villages, namely Sarari, Garbi, Jagaba and Ringa.

CiFungwa or simply [ISO 639-3 Ula] is an endangered Benue-Congo, West Kainji language that is spoken in the Ringa villages along Alawa Road, Rafi Local Government area, Niger State. Due migration and socio-political hegemony of neighbouring communties, Fungwa speakers are generally shifting to speaking Hausa and Fulani. As a result of this, various aspects of their culture (e.g. religion, folktales and music) are being forgotten. The language and people are popular known as Ura by their neighbours.

Genetically, Fungwa is closely related to Pongu, which is also spoken in the district head of the same local government area as a Fungwa.

The collection comprises 1700 Cifungwa words from SIL comparative African wordlist, clauses with the 1700 words, a divination exercise, the making of Shea-butter oil, an interview (in Hausa) with the district head of Ringa community. The materials are in audio-visual format.

The majority of the bundles in this collection are audio-visual recordings. Specifically, there are 282 video files with about 92 hours of recordings. About 30 hours of these video files have been annotated for phonetic transcription and English translation.

Users of any part of the collection should acknowledge Samuel Akinbo as the principal investigator, the data collector and the researcher. Users should also acknowledge the Endangered Languages Documentation Programme (ELDP) as the funder of the project. Individual speakers whose words and/or images are used should be acknowledged by respective name(s). Any other contributor who has collected, transcribed or translated the data or was involved in any other way should be acknowledged by name. All information on contributors is available in the metadata.