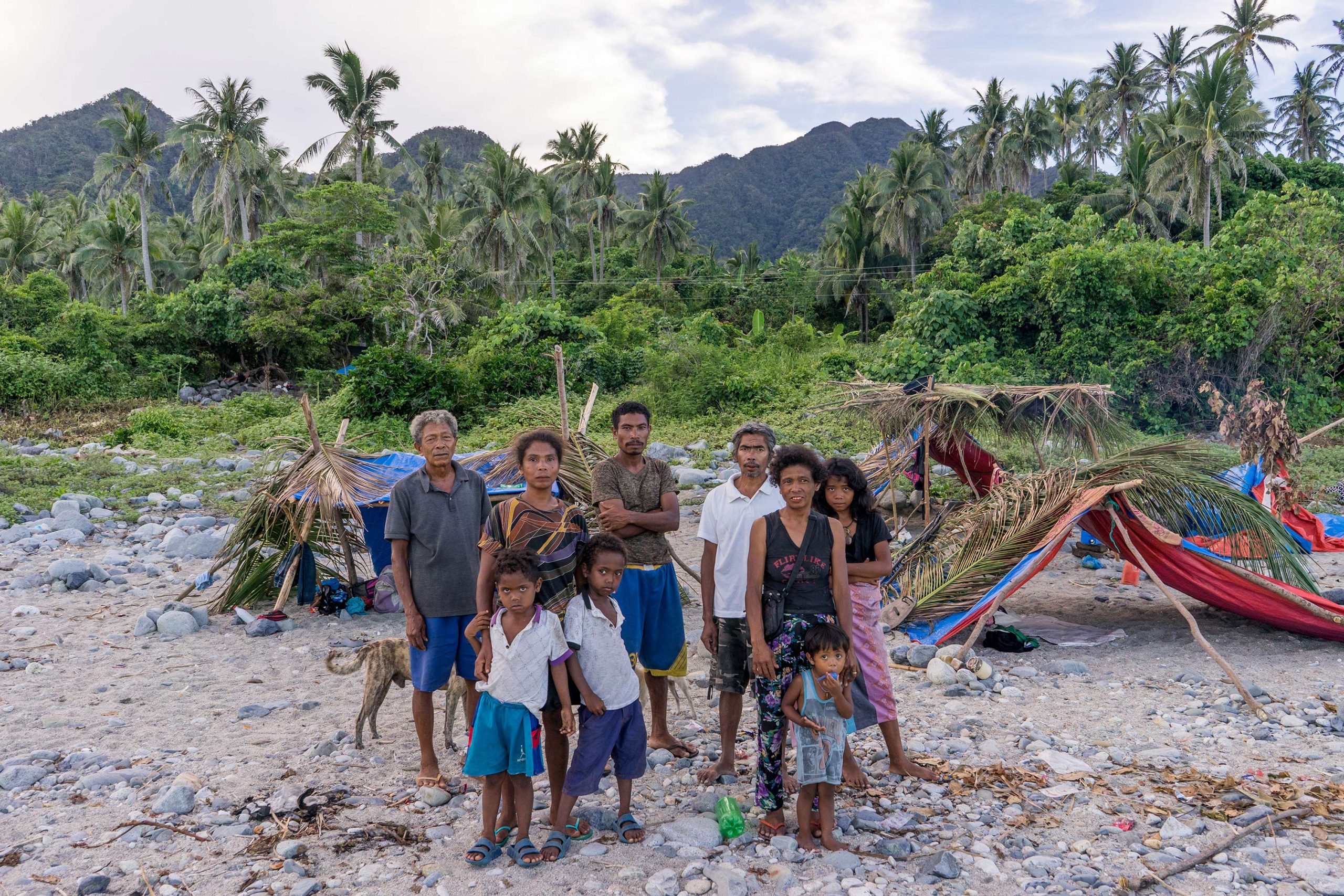 Juanito Villaflor and family at the coastal barangay of Dianed, Aurora Province (Photo by Harry Few, 2017). Landing page image for the collection “Documentation of Northern Alta, a Philippine Negrito language”. Click on image to access collection.

The project documents daily practices and past stories of Northern Alta communities located along the rivers of Aurora province (Luzon, Northeastern Philippines). The outputs include recordings (video and audio) of monologues and some dialogues, with correspondent annotation.

The project will also include a lexical database and a sketch grammar. Additional information and updates will also be provided on the Alex Garcia’s personal website: http://alexgarcialaguia.weebly.com/. All data and metadata will be organized with Arbil.

Northern Alta (aqn) is an Austronesian language spoken by a group of Negrito people in the Northern Philippines. It is distantly related to Southern Alta (agy).

The Negritos are considered to be the first inhabitants of the Philippines. According to archeological and genetic evidence, they arrived to the area at least 40,000 years ago, and were probably the sole occupants until the arrival of the Austronesians, about 4,000 years ago. The Negritos then entered a period of close contact with the Austronesians, who had brought their technology with them and were in a position of power, triggering a process of language shift. Today the Philippine Negrito languages are classified as Austronesian, but most of them are poorly documented and little is known about their history.

As the speakers of Alta were living in the mountains of the Sierra Madre until the nineties (when they settled down in the lowlands), the collection includes a number of recordings where the speakers describe their past life, and the differences with their current lifestyle.

Other recordings include a wide range of topics which can be browsed through the ‘topic’ block, on the left of this page. Relevant topics include hunting (dog hunting, shotgun, snare traps), fresh water fishing (with goggles or iron rod), plants and usages, searching and cutting ratan, cooking, handcrafts, and some biographical recordings.

This collection contains the following datasets:

Video recorded sessions 70 – 110 were collected annotated between March and July 2016, with the support of an ELDP grant.

Video recorded sessions 118 – 134 were collected in Dianed and Villa in April 2017 and subsequently uploaded onto the archive.

A new set of annotations for sessions 118 – 134 was uploaded onto the archive in April 2019. The dissertation “Documentation of Northern Alta: grammar, glossary and texts” was also uploaded during the same period.

To refer to any data from the collection, please cite as follows.