The Endangered Papuan Languages of Merauke-Indonesia: ethnobiological and linguistic documentation 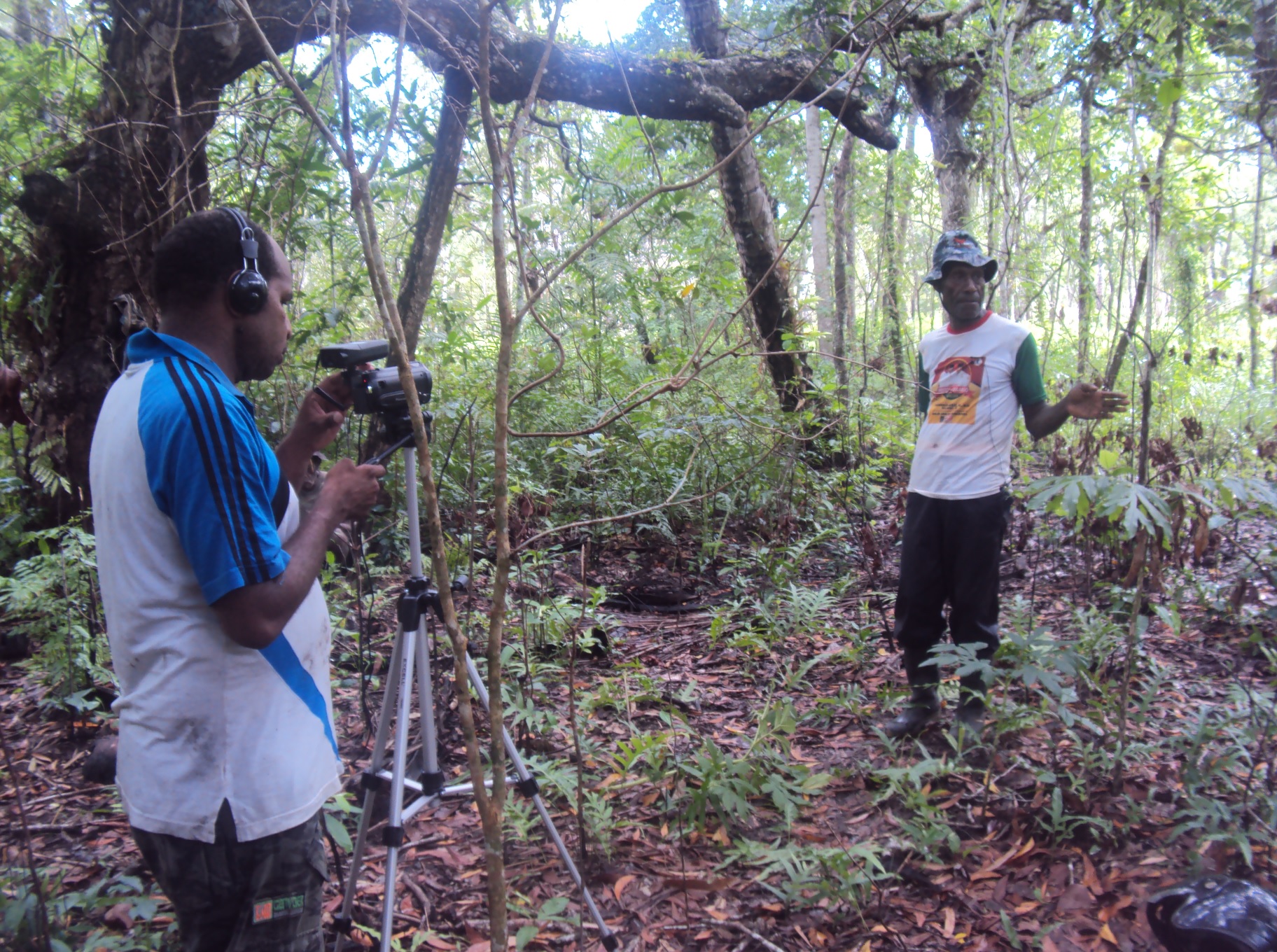 The project will build on the existing but limited work on these languages, providing further documentation within a range of language domains, especially highly endangered biological and cultural knowledge.

CI Arka has collected audio/video recordings in Marori, 3.9 hours of which (27 natural texts) have been interlinearised in Toolbox/ELAN as the basis to write a grammar of Marori, as part of the ARC-funded SNG (Southern New Guinea)project led by Prof. Nick Evans. The current Marori corpus, however, mainly consists of narrative texts, and some procedural texts, with little documentation of Marori ethnobiological knowledge. No such documentation exists for the other languages of Wasur National Park.

The project will fill in this gap for Marori and Kanum, producing parallel texts, some with bio-botanical content, and others reflecting everyday language use. Such (parallel) corpora are essential for linguistic work, e.g. grammatical descriptions, comparative linguistic typology, historical linguistics and linguistic theory. Their practical non-linguistic purposes include preservation of indigenous knowledge and of the richness of biodiversity.

The ethnobiological research will result in a detailed ethnographic snapshot of the situation in West Papua. It will show(a) the richness/diversity of traditional ecological knowledge reflecting local people’s intimate/spiritual connection with their habitat and (b) the unprecedented socio-cultural and economic dynamics in contemporary Indonesia that have profound negative impacts on (a), e.g. the loss of biodiversity leading to the loss of the local knowledge and language.

Merauke Regency, the easternmost end of Indonesia directly bordering Papua New Guinea, forms part of the largest wetland in the province of Papua. The south-eastern half of its area is the Wasur National Park, famous for its astonishing high-value bio- and linguistic diversity, and also home to three known ethnic groups, each with their own languages: the Marind, Marori and Kanum people. Other neighbouring languages associated with different ethnic groups include Yelmek-Maklew and the Kolopom languages (Kimaghima, Ndom, Riantana) to the west, Awyu languages (Vries et al. 2012) to the north and the Yam (Maro-Morehead) languages (Evans et al., to appear) to the north-east and east stretching to areas in PNG. To the south and south-west is the Arafura Sea.

Sociolinguistically, as in other parts of Indonesia, there is a complex multiglossic situation in Merauke. Indonesian (and its local variety, Papuan Malay) is the most prestigious language, threatening minority languages, and being used in almost all domains. Furthermore, the political dominance of the Marind people, compounded with Javanese transmigration and recent development in modern Indonesia (Arka 2013a), has profoundly affected the current sociocultural and sociolinguistic landscape of the polities, ethnic identities and languages in this region. (Note that Marind and Kanum are ethnic names; both consist of several sub-ethnic groups.) Marind has become the assumed identity in Merauke, and the variety of Marind spoken in downtown Merauke has become the local inter-ethnic lingua franca, alongside Indonesian.

The Papuan languages of the Wasur National Park belong to different genetic affiliations, although their precise wider affiliations remain unclear. Marind belongs to the Marind family, generally considered a branch of the Trans-New Guinea(TNG) family (Ross 2005, Pawley 2006) whereas Kanum languages belong to the Yam (or Morehead-Maro) family(Evans 2012). Marori is considered a subgroup-level isolate (Ross 2005:35), though there is evidence linking it with the Kolopom languages within the TNG (Usher 2014).

Typologically, the languages have quite complex verbal morphology. Their salient unusual features include constructed strategies (i.e. employing distributed morphological exponence) in coding complex grammaticalised systems of TAM, number values, and syntactic relations/valence structures. Further documentation on Marori and Smärky Kanum promises additional discoveries to deepen our understanding of each of their grammars, especially in areas such as complex clausal formation and information structure. We will do a corpus-based linguistic analysis, and expect to have fresh empirical evidence and better understanding of the typological profiles of the project languages. As such, this project will make significant contributions to research in Papuan linguistics, and in linguistic typology in general.

The languages of the minority ethnic groups, Marori and Kanum, are endangered, with Marori classifiable as critically endangered, moribund or nearly extinct (cf. Ethnologue’s EGIDS (Expanded Graded Intergenerational Disruption Scale), Unesco’s levels of endangerment (Moseley 2010), Grenoble & Whaley (2006:18), Krauss (2006:1),Evans (2009:211)) as there are around 12 fluent elderly Marori speakers (out of a total of 119 ethnic members) and Marori is no longer transmitted to children.
Documentation of Marori is therefore urgent while these speakers are still alive.

While Kanum (a general language label consisting of related languages (Donohue 1998, Carroll 2014a, b) is slightly better off than Marori, having more fluent speakers (80 speakers for Ngkâlmpw Kanum; 80 speakers for Smärky Kanum; 100 speakers for Sota Kanum), it is also definitely endangered, as Kanum children e.g. in the coastal areas no longer acquire Kanum as their first language. Documentation of these Kanum languages is also urgent, particularly for coastal Smärky in Kondo as their fluent speakers are elderly and numbered.