The Antia Whistling Language: documenting language use and language activism 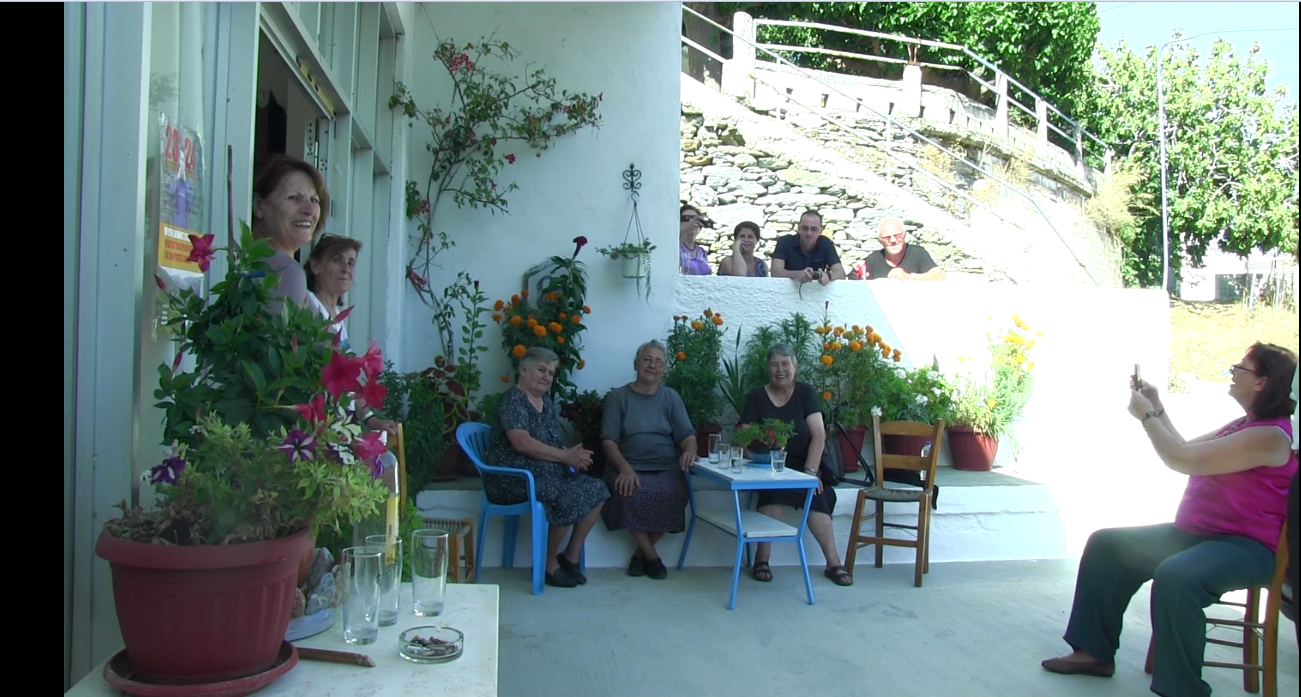 Workshop participants and local whistlers in front of the local cafe in Antia. On the bench and around the table, there are Aristea Tsipa, Georgia Giannakari and Kyriakoula Giannakari (left to right), three whistlers who live in Antia. Behind them on the wall, there are Sabrine Cepeda, Philippe Biu and Gerard Puchey (left to right), three whistlers and language activists of the Occitan Whistling Language. In the doorway in the white t-shirt there is Maria, the owner of the local cafe, a whistler and a resident of Antia. Landing page image for the collection ‘The Antia Whistling Language: documenting language use and language activism’. Click on image to access collection.

The Antia Whistling Language is a Greek whistling language used by the people of Antia in southern Euboia, Greece, to communicate with one another in their mountainous village. The language is endangered because very few people still live in the remote village, and the language was not passed on to children outside the village. Members of the community have noticed this decline of language use and are now actively engaging in language maintenance. Together with whistlers of other languages, the Cultural Organisation of all Antia People organises international meetings, for example the First International Meeting for the Study and Preservation of Whistling Languages, Antia/Karystos, 23rd/24th Aug 2014. Whistlers also hold whistling classes in schools in neighbouring towns and islands to pass on the language to children.

The Antia Whistling Language is a whistling language used in Antia, Evia. It is now being taught in other places in Greece as well.

The first tranch of the material was collected around the First International Meeting for the Study and Preservation of Whistling Languages, Antia/Karystos, 23rd/24th Aug 2014 (Πρώτη διεθνής συνάντηση μελέτης και διάσωσης της σφυριχτής γλώσσας, Αντιά/Κάρυστος, 23/24 Αυγούστου 2014) which was organised by the Cultural Organisation of all Antia People (Πολιτιστικός σύλλογος απανταχού Αντιωτών).

Users of any part of the collection should acknowledge Panagiotis Tzanavaris as the main coordinator of the meeting (Γενικός συντονιστής: Παναγιώτης Τζαναβάρης) and Sophie Salffner as researcher responsible for recording, data management and archiving (Ηχογραφήσεις, διαχείριση δεδομένων, αρχειοθέτηση: Σόφη Ζάλφνερ). Individual speakers whose words and/or images are used should be acknowledged by name. Any other contributor who has collected, transcribed or translated the data or was involved in any other way should be acknowledged by name. All information on contributors is available in the metadata.