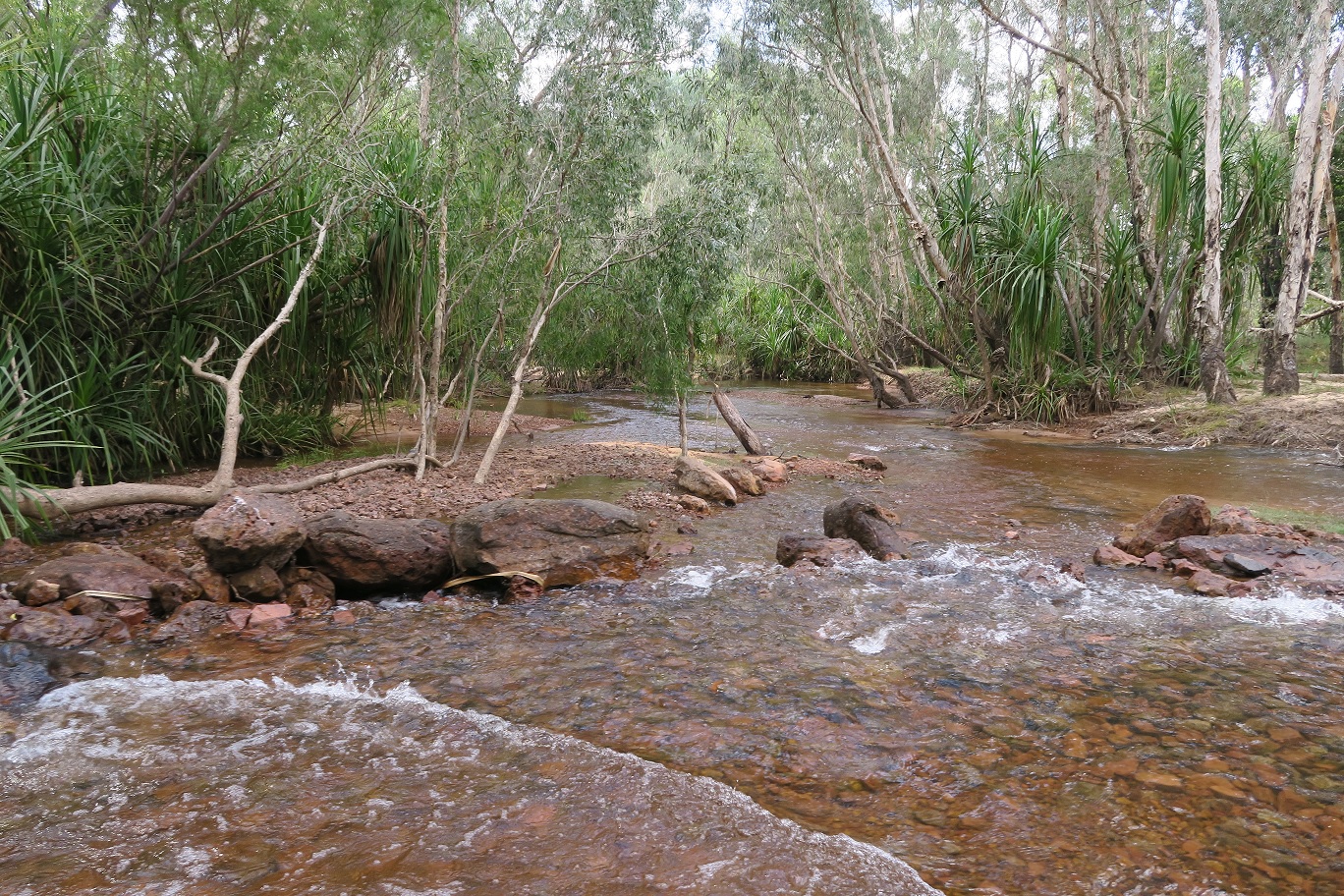 This project will produce a comprehensive documentation of the remaining Kun-barlang varieties, a highly endangered language spoken in northwestern and central Arnhem Land, Northern Australia. Fewer than 50 speakers remain and most are elderly.

The Kinbaddabarlang or Kunbarlang people are the custodians of a stretch of land along the Arafura Coast in the Northern Territory (Australia), between tracts of land owned by Mawng and Njébbbana people. Today almost all Kunbarlang speakers live away from their traditional country, in the multilingual communities of Warruwi (Goulburn Island), and Maningrida. A few speakers also live in the multilingual communities of Minjilang (Croker Island) and Oenpelli as well as in Darwin. Despite the declining number of speakers and the fact that none of these communities is on traditional Kunbarlang country, many community members (at Warrwi in particular) consider Kunbarlang to be an important language. Many people, including young people, still identify as ‘Kunbarlang’ and state that Kunbarlang is their language, even if they can no longer speak it. High levels of receptive competence in Kunbarlang still exist among these people and other community members. The term ‘Kunbarlang’ is also used for a well-known set of songs in Arnhem Land and some songmen sing in Kunbarlang language without being able to speak it.

Kunbarlang is the only coastal language of the Gunwinyguan family, and its exact position within this family remains unclear. It has some similarities to the Central Gunwinjguan languages (such as the Bininj Gun-wok dialect chain) but also some ‘radical differences’ that may be due to the influence of neighbouring non-Gunwinyguan languages, such as Mawng from the Iwaidja family and Njébbana from the Maningrida family (Evans 2003a:32-36). This documentation project will provide material to help clarify the provisional classification of the Gunwinyguan language family (Evans 2003b).<\p>

Coleman (n.d.) provides information on nine different Kunbarlang dialects or patri-lects associated with the different Kunbarlang clans. These clans and the associated linguistic varieties are grouped into two patrimoieties that are common across western and eastern Arnhem Land (called Duwa and Yirriddja in Kunbarlang). Coleman’s (n.d.) draft dictionary provides some examples of synonym sets for words in these different varieties. Some Kunbarlang speakers still refer to these different varieties, particularly contrasting the Duwa varieties (called ‘soft’ or ‘straight’ language) with the one Yirriddja variety, Kun-kurduwala, also called Na-djanarr Ka-ngak-bodjung ‘the goanna’s tongue split’ and referred to as ‘hard language’ or ‘tongue-twisted language’. We have recordings of a range of speakers, including a number of elderly and younger speakers of Duwa varieties and at least two elderly speakers of the Yirriddja variety, Kun-kurduwala. Along with new recordings, this will provide opportunities to compare differences in speech across the different varieties. Further research is needed to determine the extent to which these dialectal differences are still maintained.

Coleman also documented some examples from other Kunbarlang registers, including kun-derbi ‘respect language’ kinship terms (also known as ‘trirelational kin terms’, (see Garde 2013 for detailed discussion of similar terms in Bininj Gunwok)) and kun-kurrng lerrk ‘mother-in-law language’ (Coleman n.d.). We are hopeful that at least one elderly woman at Maningrida still knows the marrdjukkun lerrk ‘widow language’, which has not yet been documented.

The current collection is a work in progress with eight bundles currently curated. These include videos of historical and person narratives, discussions about music and public ceremony, discussions about bush medicine, transcription sessions (with a young person learning Kunbarlang and working with an older Kunbarlang speaker), and discussions about different types of stingray and other sea creatures. These also have ELAN annotations (some with transcription and translation and others just with topic indexes at this stage). These files are mostly open to registered ELAR users; however, some of the transcription files are not yet available without asking permission because they are a work in progress. Some files may need to be restricted at various times to respect the protocols around the death of speakers in the Indigenous communities where we work.

Many other recordings have recently been recorded (including many by one of the field-based researchers) and these are currently being annotated and prepared for archiving.

The collection is still a work in progress with ongoing collection of data by linguists Isabel O’Keeffe, Carolyn Coleman, Ruth Singer, and Aung Si, with musicologist Linda Barwick and field-based research assistants Janet Mardbinda and Talena Wilton and other members of the communities. Older archival material collected by Coleman in the 1980s and 90s will also be added to the collection.

Users of any part of the collection should acknowledge Isabel O’Keeffe, Ruth Singer, Linda Barwick, Carolyn Coleman, Janet Mardbinda and Talena Wilton as the data collectors. Users should also acknowledge the Endangered Languages Documentation Programme (ELDP) as the funder of the project. Individual speakers whose words and/or images are used should be acknowledged by respective name(s). Any other contributor who has collected, transcribed or translated the data or was involved in any other way should be acknowledged by name. All information on contributors is available in the metadata.