Documentation and description of paraguayan Ayoreo, a language of the Chaco 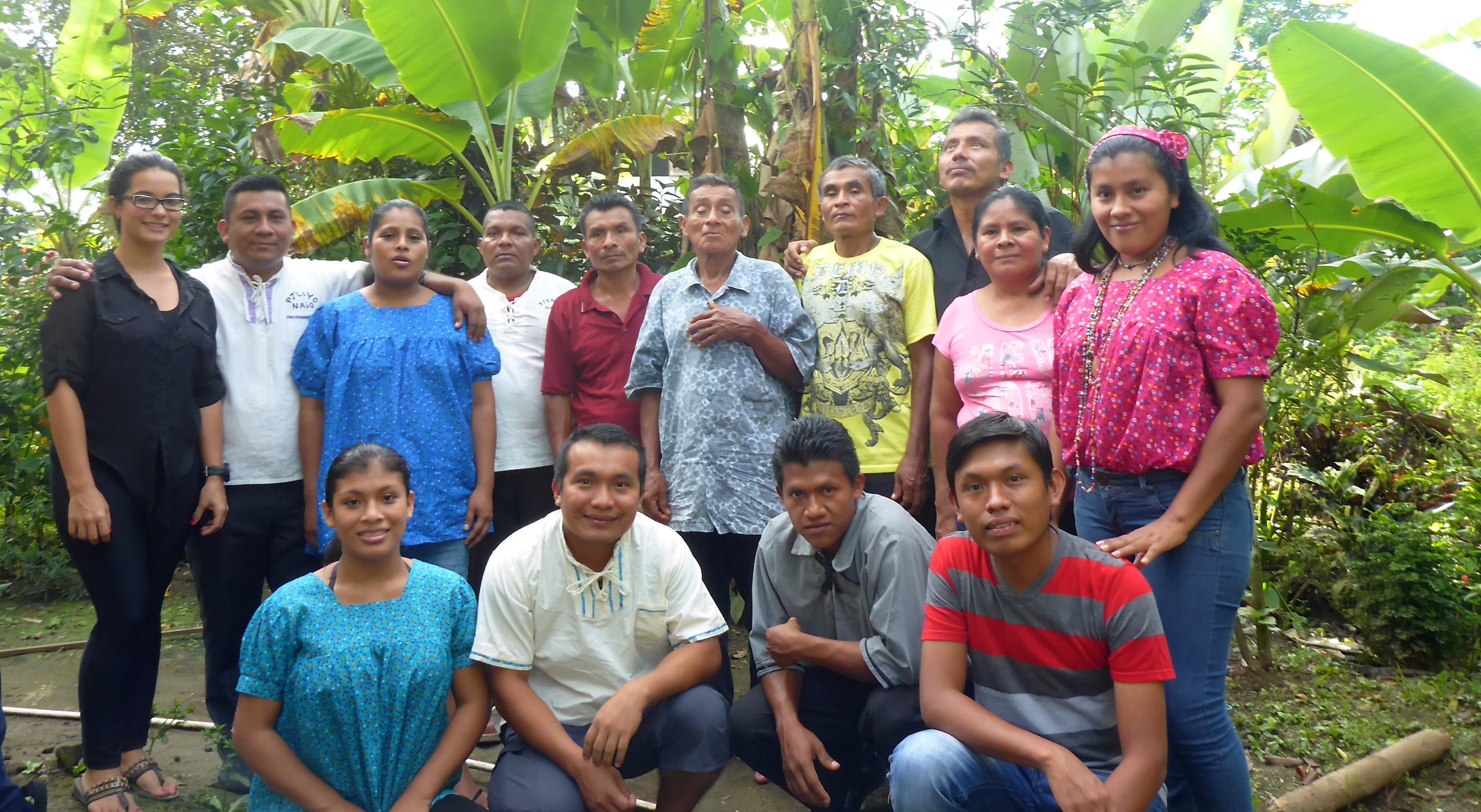 Landing page image for the collection “Documenting the creation of a Naso Cultural Encyclopedia”. Click on image to access collection.

Naso (also known as Teribe) is a Chibchan language spoken along the tributaries of the Teribe River in northwest Panama. Of about 4,500 ethnic Nasos living in 12 villages, approximately 500 are fluent speakers of the language.

The collection contains approximately 50 hours of corpus data, in both audio and video format. 10 of the 50 hours were selected for transcription, translation and annotation. Documents include a variety of social interactions such as community meetings, small group discussions, conversations, interviews, narratives, and monologues. The cultural contexts are diverse, and include traditional myth and folklore, song, ethno-history, jokes, political oratory, language ideologies, verbal art, food preparation, and botanical practices. The collection also includes maps and an introductory pedagogical grammar sketch of Naso.

The group represented are current fluent adult speakers living in the furthest community upriver called Sieykjing, which has a population of about 700.

Chibchan languages have received little documentation in general, and there have not been grammars written on the other languages in the Occidental Isthmic branch (Bribri, Cabecar, and Boruca) that Naso is proposed to belong to. Of the languages in the Occidental Isthmic branch, Naso is the only one spoken in Panama (where the others are spoken in Costa Rica). The lower Central American region where Chibchan languages are spoken (from Honduras to Colombia) provide a link between the more densely studied Mesoamerican region and the Amazonian and Andean regions of South America. Typologically interesting aspects of Chibchan languages include their numeral classifier systems, positional verb systems, alignment patterns, and tonal systems. The central location of this language family can provide answers to how such structural characteristics may have been spread from the northern to the southern continent.

Naso (also known as Teribe) is a Chibchan language spoken in Panama, along the northern part of its border with Costa Rica in the province of Bocas del Toro, by an estimated 1000 people. In this project, five teams of Naso culture specialists (Verbal Art Team, Craftsmanship Team, Botany Team, Mythology Team, and Songs Team) held regular meetings to discuss and describe these different types of knowledge. Each team consisted young Nasos as technicians, as well as middle adult specialists practitioners of the cultural specialty, and also elder experts with deep historical knowledge of their specialty. The collection consists of five hour-long meetings of each team, which are annotated in ELAN by the team technicians. Each team also produced several short 3-5 minute-long video clips which teach basic cultural concepts of their speciality.

team meetings were documented and annotated by the Naso technicians trained in documentation methods. The resulting ELAR archive of conversations about these cultural topics is the basis of an 950-page illustrated Naso Cultural Encyclopedia called Nasoga tjangyo tjlõkwo (Palabras de los sabios nasos; Words of Naso wisemen), written by the Naso Teams and edited by Natalia Bermúdez.

This project built on documentation collected in 2010-2012 which included 30 hours (90% transcribed) from 48 individuals from all the thirteen diverse remaining Naso clans or families. These materials were collected over the course of three years with the aim to produce a bilingual Naso Cultural Encyclopedia in which traditional customs, lifestyle, and language are described in order to preserve knowledge for future generations. Four groups of Nasos were organized by their trade specialty (Verbal Art, Craftsmanship, Botany and Medicinal Plants, and Music) and worked as teams to produce documentation of their knowledge, which includes maps and an introductory pedagogical grammar sketch.

Through the project, Nasos were given training in documentation methods. Young people benefited from this professionalization, which helped several students to continue past 8th grade into high schools outside of the Naso territory.

Users of any part of the collection should acknowledge Natalia Bermúdez as the principal investigator, as well as the Endangered Language Documentation Programme as the funder of the project. Individual speakers whose recordings or images are used should be acknowledged by name. Any other contributor who was involved in the data collection or processing should also be acknowledged by name. All information of the contributors is mentioned in the metadata.