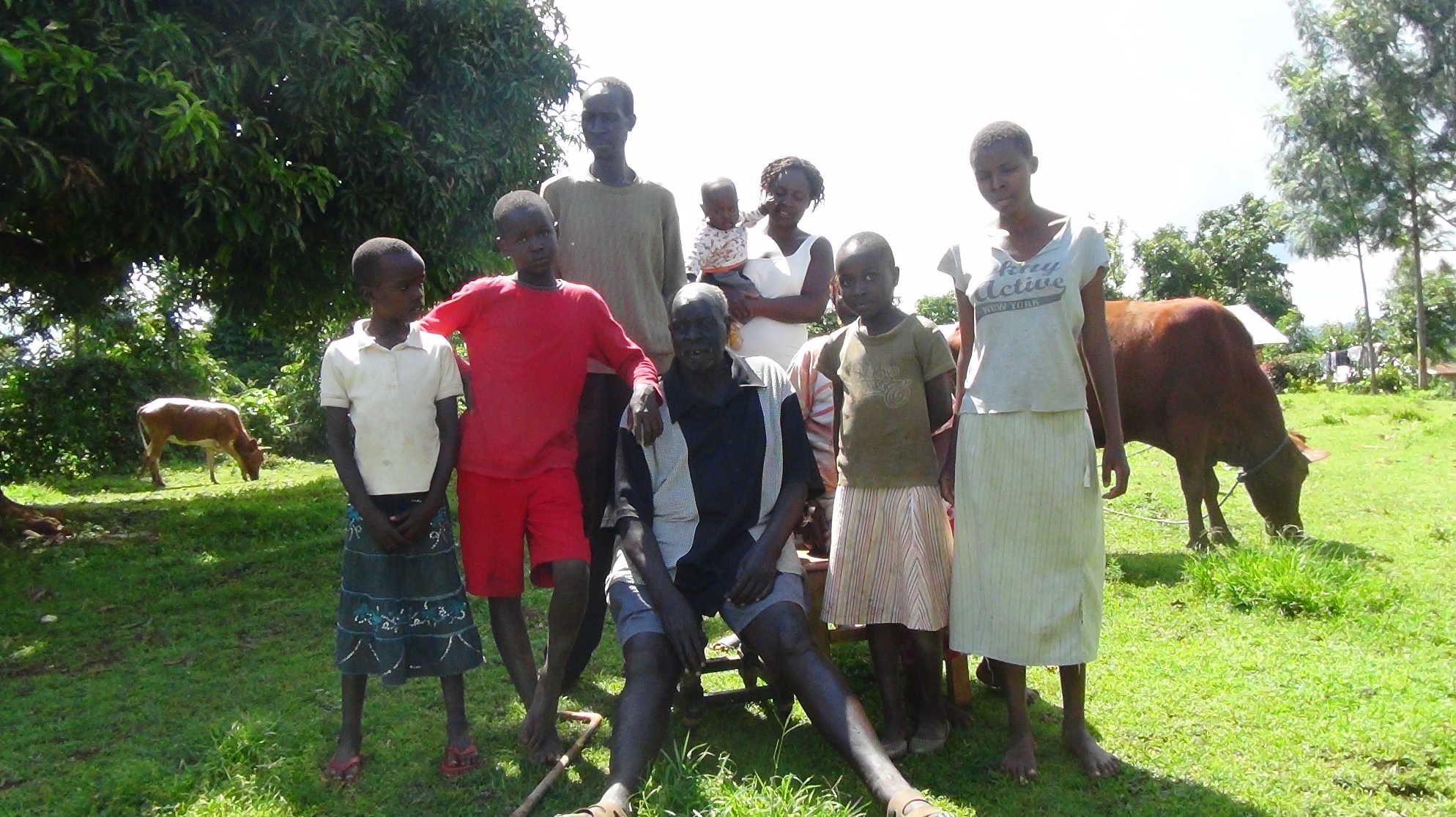 Deposit page image for the collection “Documenting narrations of personal experiences of the process of initiation into manhood in Terik language of Kenya”. Click on image to access collection.

Terik is spoken in parts of Nandi South District of Kenya and Vihiga District in Kenya. The speakers of Terik are referred to by their Luo neighbours as the Nyang’ori while thy refer to themselves and their language variously as Terik,Terikin,Terikek or Terikintet. However, Terik is the more common and official name that is also adopted by ethnologue. Terik belongs to the Kalenjin group of languages which is in the Southern Nilotic branch.

Terik speakers neighbour the Luo who speak Dholuo to the South, Nandi speakers to the East, and speakers of the Lulogooli dialect of Luhya to the North. These three groups have had varying degrees of influence on Terik including total linguistic and cultural assimilation of some Terik. The annual traditional practice of male initiation through circumcision forms the core of Terik culture especially the age-group system but is in danger of being eclipsed by modern modes of circumcision and initiation.

Due to the language contact through trade, Christian religious activities, intermarriage and education, some Terik speakers have become multilingual and can switch easily between Terik, Nandi, Dholuo (Luo), Luhya and Kiswahili (the national lingua franca). The Nandi have had the greatest influence on Terik because the Luhya have exerted pressure on Terik settlements due to overpopulation thereby pushing most Terik speakers into the neighbouring Nandi District which is less densely populated. As a result, among the Terik aged under 30 years, 67% are mixed speakers of Terik and Nandi. In Nandi District, the Terik have been exposed to Nandi language and culture which is significantly different from theirs. Considerable numbers of Teriks have gradually adopted Nandi culture and shifted to Nandi language in order to be accepted and to get land rights so that the Nandi do not consider them as outsiders. UNESCO (2008) reports that the closer a Terik lives to the Nandi territory, the less likely he or she is to be a mixed speaker of Terik and Nandi and the more likely he or she is to be a Nandi-ized speaker. There are also small pockets of speakers distributed in parts of Rift Valley province such as Chemase, Turbo, Kobujjoi and Chepkoima. The speakers who are dispersed from the cradle of Terik slowly lose their ability to comprehend the language.

Terik is classified in the UNESCO Red Book of Extinct and Endangered Languages as a language in danger of disappearing because the youngest speakers of the language have either reached or passed middle age. Among the Terik aged under 30 years, 67% are mixed speakers of Terik and Nandi. This is a clear sign of gradual assimilation of Terik speakers by Nandi speakers. The Nandi influence on Terik social structure started in the 1920s and is likely to lead to the disappearance of Terik as a distinct language and culture.

This project will document audio and video episodes of narrations based on the process of male initiation among the Terik of Kenya. Terik is a Kalenjin (Nilotic) language spoken by some 20,000 people. Initiation entails one month of seclusion and mentorship whereby boys are taught diverse aspects of Terik way of life and cultural identity. However, this process is threatened by modern alternative rights of passage through hospital and church oriented options. Linguistic and cultural assimilation by the Nandi, Luhya and Luo neighbours has precipitated systematic loss of Terik culture and identity. Terik youth may not experience the folk wisdom transmitted intergenerationally during initiation.

Speakers of Terik have maintained a strong tradition of male circumcision as a rite of passage from childhood into adulthood. The audacity to undergo the rigours of initiation is therefore considered a virtue that guarantees the initiate admission into adult life. During seclusion, the recuperating initiates are mentored into adult life through stories and acts of stoicism, heroism, environmental conservation, health and herbs, perseverance and responsibility. We consider this as a critical life-changing experience in which a great deal of folk wisdom is imparted. This is pivotal for the survival of the language and of the Terik ethnolinguistic identity because the initiates are taught how to talk and reason about life,culture and society by competent adult speakers of their language.

The tradition is under threat by modern medicine and government policies that promote alternative rites of initiation through the hospital and future Terik generations may not have the exposure and access to this experience and may only acquire this knowledge from secondary sources hence the need to document this process. This project is unique because it delves into the nexus between childhood and adulthood where a wealth of knowledge encoded in the peoples’ ethnolinguistic resources are deliberately transmitted. This not only enriches the adult vocabulary but also ensures continuity and language maintenance. The age gap between initiates and elderly mentors can reveal signs of changes in perceptions of concepts (if any )and the various ways of perceiving ideas in an age-graded format. This will have lessons for future Terik ethnolinguistic vitality studies.