Clan and kin among the Nagovisi of southern Bougainville, Papua New Guinea 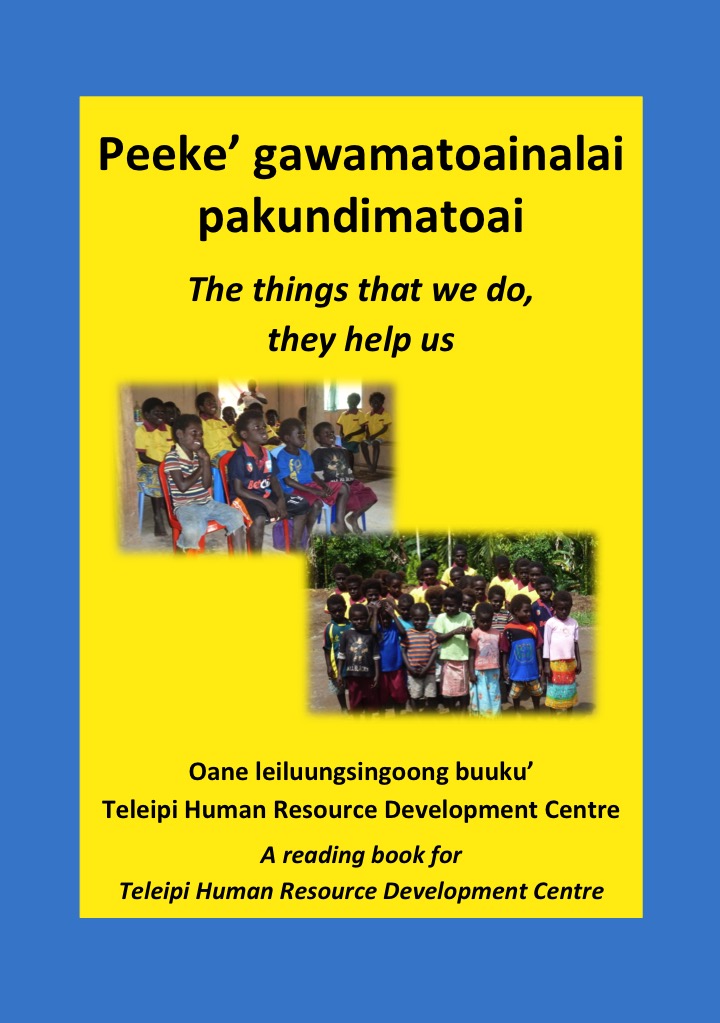 Landing page image for the collection “Clan and kin among the Nagovisi of southern Bougainville, Papua New Guinea”. Click on image to access collection.

For example, Nagovisi society more strongly follows patterns of matrilineal descent, which
have been retained, but adapted, to the emerging cash economy and other aspects of “modernisation” (cf. Nash 1974). While other groups in the region show social stratification and/or Melanesian “big man” systems, the Nagovisi lack socialstratification outside the rank orders of clan lineages, and it is the elder within a descent group who takes on roles of social leadership.

In Nagovisi society two moieties (manka ‘hornbill’, komo ‘eagle’) are divided into five clans, which are linked to migration traditions, shared rituals and clan sites, knowledge of which are important to maintain social relationships within the Nagovisi group and with other ethnolinguistic groups. Lineages within clans, typically named for their osioko ‘place of origin’, often consist of kin descended from a single female ancestor.

The encoding of kinship in grammar is also one of the typologically unusual aspects of the structure of the Nagovisi language, with dual and plural pronouns encoded for person and number, as found other in South Bougainvillelanguages, but also for the kin relations among the people denoted:

• niladu ‘we, us’ for a man and his sisters’ children or men and their own children

• niro ‘we, us’ for sisters and their children or a mother and her children

• ninabori ‘we, us’ for a woman and her sons- and daughters-in-law.

Nagovisi is a language of around 5,000 speakers living in small villages and hamlets in the mountainous inland region of south-western Bougainville, an island of Papua New Guinea. The island is home to speakers of at least sixteen languages from three distinct language families. Knowledge of clans and kinship relations is vital to maintaining social relationships within and across these strikingly different ethnolinguistic groups. Documenting and mapping traditional and contemporary knowledge in this domain among the Nagovisi will form a major piece in the puzzle of understanding the intertwining of language and society on Bougainville.

Clan trading routes in South Bouganville. Based on oral histories.

Nagovisi or Sibe, the smallest of the South Bougainville languages, is spoken by around 5,000 people living in small villages scattered across the Bana District of south-western Bougainville. The primary language of these villages is Nagovisi, and at present it is still the first language of nearly all Nagovisi children. Thus the Nagovisi language provides the potential for comprehensive and community-inclusive documentation. However, all adults and children are bilingual in Tok Pisin, an English-based creole, which has become the primary language of inter-group communication in Bougainville, and is taking on a more prominent role in the everyday lives of Nagovisi speakers, especially as more children and young adults travel away from their homes for education and employment.

Over the next few generations it is likely this will threaten the language, as it has already threatened its socio-cultural setting. Nagovisi speakers of all ages often comment that younger Nagovisi have not the learnt the traditional myths, socio-cultural practices or ecological knowledge that are essential for navigating the Nagovisi world. Documentation of the Nagovisi language within its socio-cultural context is thus possible now, but may not be so in the future. At this moment in time there are older speakers with detailed knowledge of Nagovisi traditions, middle-aged speakers who have grown-up in a world that combined these traditions with those of western education and a cash economy, and younger speakers who are growing up in the aftermath of a long civil war, but it is clear that the traditional knowledge is fading away.

Detailed linguistic, social and cultural documentation of the languages of Bougainville will thus assist Bougainvilleans face the challenges of rebuilding their island, and perhaps soon new nation state, in ways that are grounded in traditional knowledge — a challenge that is frequently raised by them in villages and town centres across the island.