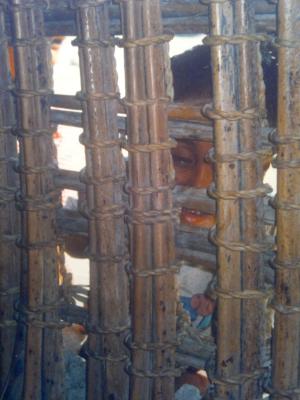 The goal of this project is to document Southern Bashkardi (Hormozgan, Southeast Iran), focusing on the endangered dialect of Garu. Bashkardi has received very little attention in Iranian studies so far: the project aims at the collection of primary data (audio and video recordings of a wide range of communicative events) through the involvement of the community in the documentation practice. All recordings will be transcribed and translated, and at least 15% of texts will be annotated in detail. Documentation will include a sketch grammar and an electronic lexicon of about 5,000 entries, with English and Farsi as target languages.

Bashkardi is spoken by around 35,000 people living in villages in the mountainous district and newly established sub-province of Bashagerd (locally Bashkard), Hormozgan province, Iran, in an area bordering on Sistan-o-Baluchestan province to the east and partly extending into Kerman province to the north. Historically, Bashkardi is a South-Western Iranian language, along with Old, Middle and Modern Persian and all other Iranian languages of Hormozgan, such as Bandari, Kumzari (found both on Larak Island in Iran and in the Munsandam Peninsula in Oman), and Larestani. The Ethnologue classification of Bashkardi as North-Western Iranian and Balochi is not correct; besides, the alternate name of the language provided, “Bashaka”, is undocumented and appears to be improbable. Bashkardi is divided into two mutually intelligible, yet structurally different, northern and southern dialect varieties, known locally as Marzigal and Molkigal, respectively. Garu lies 45 km southeast of Minab, in a transition area from Marzigal to the dialects of the Bandari-type (i.e. dialects forming a linguistic continuum from Bandar Abbas to Minab and Rudan but also extending further north beyond Hormozgan, including the dialects of Manujan, Kahnuj and Jiroft in Kerman province). However, the Bashkardi spoken at Garu is a Molkigal linguistic island, with a few hundred remaining speakers. This is the result of a two-century-old migration of the current Garuwi speakers’ ancestors from different areas in southern Bashagerd, including Mirshekar. Nowadays, Garu is a very small village with dispersed brick houses and palm leaf huts. There are cultivated plots using stream or reservoir water: the soil is fertile and cultivation does not seem difficult, but it clearly remains at a subsistence level only. There is a primary school. People of Garu are Shiite Muslims.

Unpublished materials on Bashkardi include Gershevitch’s collection now housed at the “Ancient India and Iran Trust” in Cambridge (13 CDs containing speeches, narratives, songs and music collected during fieldwork in 1956; cards mostly consisting of a Bashkardi vocabulary of some 1,300 items, notebooks with transcripts of texts and grammatical notes). More recently, the depositor has collected materials (especially wordlists) on two Marzigal Bashkardi varieties from Angohran (so-called capital of Bashagerd) and Sardasht. Research on Bashkardi may greatly contribute to our knowledge of the Iranian world and its cultural history. The study of Bashkardi can also throw new light on our conception of the Old and Middle Iranian languages as a whole and the cultures conveyed by them (see, e.g., Gershevitch’s explanation of the obscure Old Persian word yakā as the name of the tree Dalbergia Sissoo Roxb., on the basis of the corresponding Bashkardi jag, or his ingenious reconstruction of the present tense verbal development in Western Iranian based on its Bashkardi forms).

The documentation of the Molkigal Bashkardi dialect of Garu (Hormozgan, Iran) was part of an ELDP postdoctoral project (2007-2009) at SOAS. Fieldwork was carried out only once, in July 2008. During fieldwork in Garu, the following activities were undertaken: collection of vocabulary items; audio recording of traditional folk stories and biographies; preliminary corpus annotation (especially semi-phonemic transcriptions in Roman characters); training of community language consultants in the annotation of texts and vocabularies. The present collection contains a concise dictionary of approximately 1,800 entries, with English and Persian as target languages, and audio recordings of stories. The collection will be updated with new versions of the dictionary, transcriptions and translations of the stories and a preliminary grammatical sketch.

To refer to any data from the collection, please cite  as follows: