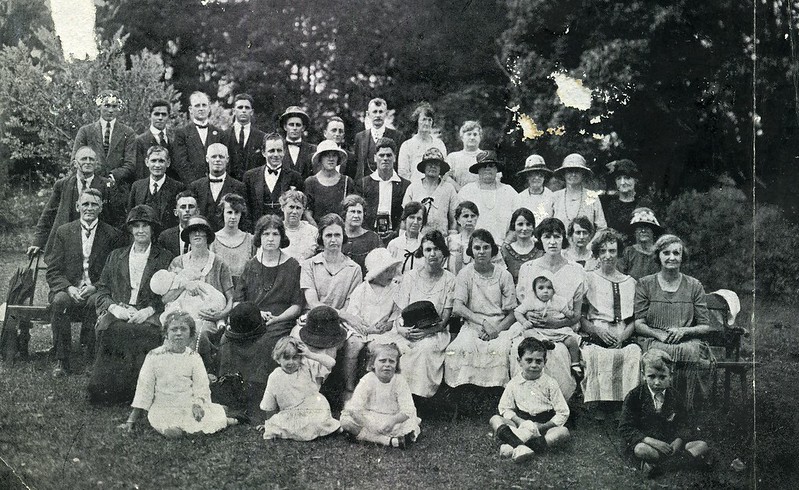 Australian Irish Sign Language (AISL) is a minority sign language within a minority sign language community, brought to Australia from, Ireland in 1875 by a group of Dominican nuns (including a Deaf nun). Three schools used this as a language of instruction, all of which discontinued using AISL in the early 1950s. Most signers are in their early seventies onwards and they number 100 although there may be younger Deaf and hearing native signers who had Deaf parents. The last dictionary was published in 1942.

The research questions underpinning this project are the extent to which AISL now differs from ISL especially in relation to the influence of Auslan, and what the features of a sign language in attrition are.

This collection is made up of:

AISL is a language in attrition. It is no longer used as a language of instruction in schools, it is not used in the Deaf club or the wider community, and its users are mostly elderly because it is now sixty years since it was discontinued in the three AISL schools across Australia. AISL is only used within small circles of school friends, between spouses and with family members; there are no larger domains of use. Australia has a National Policy on Languages which mentions Auslan (also included in the Endangered Language Archive, but AISL is not included. There is little legislative protection for this community and the provisions of the United Nations Convention on the Rights of People with Disabilities (of which Australia is a signatory) are unenforceable because there are no professionals, teachers or interpreters who are able to provide any services in this language. Research by Adam (2012) only found one person under the age of 60 who was a native signer of the language; nearly all of the interview participants were in their early seventies. It is conceivable that there may be younger Deaf and hearing people who had Deaf parents who were AISL signers, and such informants will be valuable for this project. The situation of AISL can be summed as: “education systems and mass media are important agents in linguistic and cultural genocide” (Skutnabb-Kangas, 2000). It only took a policy decision by the Dominican Sisters and Christian Brothers, who were not themselves Deaf, not to use sign language in the classroom, to send AISL on the path of attrition and possible extinction.

AISL has not been described in any of the sign language research in Australia to date. There is a brief mention in the Auslan (Australian Sign Language) Dictionary (Johnston, 1998) of the use of two manual alphabets (systems for the manual representation of English orthography) in Australia: a one-handed alphabet used by Catholics and a two-handed alphabet, much more widely used by the Australian Deaf community. Members of the community who know the one-handed manual alphabet also know the two-handed alphabet.

The first known signing Deaf person, John Carmichael, arrived in Australia from Edinburgh in 1825. The first schools for Deaf children were founded in Sydney and Melbourne in 1860, and their arrival in Australia resulted in the formation of the Australian variety of British Sign Language – Auslan. Because of the concerns Catholics in Australia had about secular education, it was decided to establish a school for Catholic deaf children. The first known user of Irish Sign Language in Australia was Sr Mary Gabriel Hogan, a Deaf nun from the school for deaf girls in Cabra, Ireland, who arrived in 1875 to establish the school.

Because of oralist educational policies which forbade the use of sign language in the classroom, AISL has not been used in schools since the early 1950s, while Auslan continues to be a language of instruction in deaf education. Because school is the main context of sign language transmission for the 95% of deaf children born to hearing parents, no deaf people have learned AISL as a first language since the 1950s; those born in the community since that time have learned Auslan as a first language. There are no schools, evening classes or community services (including an absence of AISL interpreters) for the AISL community. The members of the minority AISL community also experienced pressure by the dominant Auslan deaf community not to use AISL (Adam, 2012), and it has been estimated by community members themselves that there are now fewer than a hundred signers of AISL, and there are now no monolingual signers of AISL.

The number of AISL signers is dwindling rapidly as the youngest are now in their early seventies, and because no young people are learning AISL as a first language, it is very highly likely that this language will completely disappear within a generation.

Because the population is ageing and dwindling in number, it was imperative to collect as much data from as many subjects as possible, and so no attempt was made to balance gender; however for any later sociolinguistics statistical analysis participants can be matched for age and gender and unmatched participants excluded. This is particularly relevant because of historical differences between men’s and women’s signing in ISL.

Interviews with AISL signers (six women and four men) about their life experiences were conducted in London, Sydney and Melbourne (Adam, 2012). Interviews and conversations with an additional two men and two women recorded in 2013. Also at this time, a pilot language elicitation task was designed and administered to four men and four women to inform the development of the protocol for this language documentation project.