Documenting the Sherbro language and culture of Sierra Leone 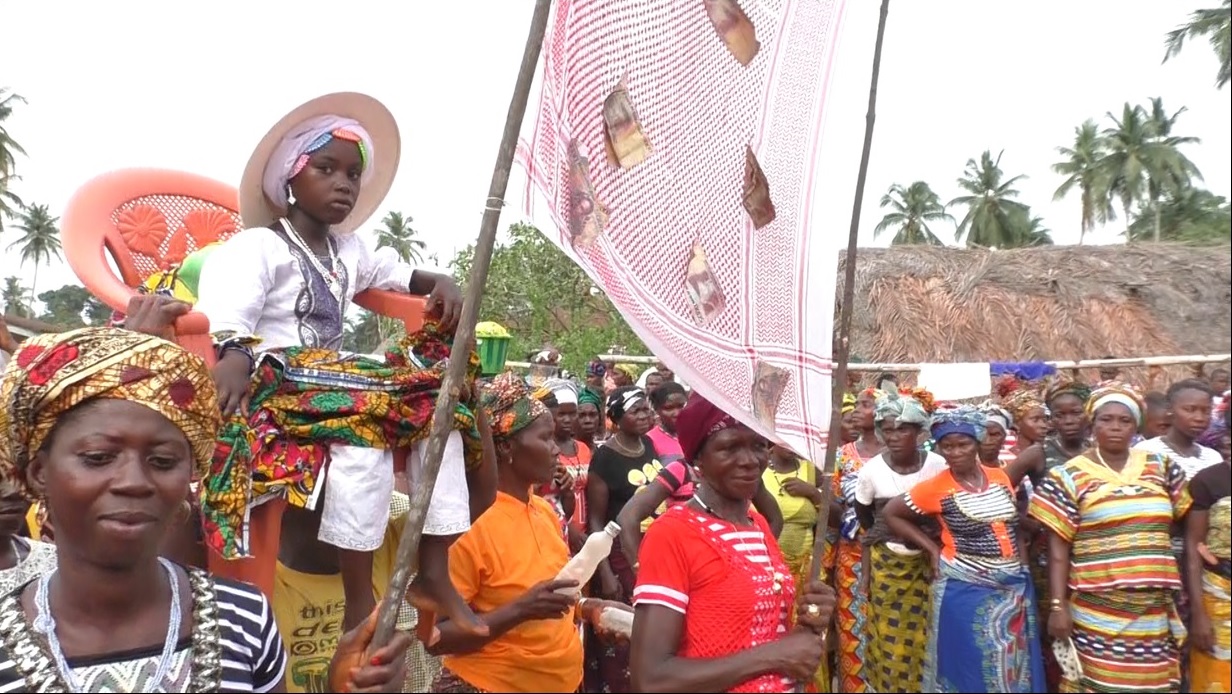 Landing page image for the collection ‘Documenting the Sherbro language and culture of Sierra Leone’. Click on image to access collection.

Tucker Childs was the principal investigator and Abdulai Bendu his principal assistant. Many, many Sherbro people contributed their time to the project, and we were generously supported by Paramount Chief Doris Lenga-Caulker Gbabiyor II.

The collection includes audio, video, and photographic records of the Sherbro people and their language, much in their own words. In addition to the simple documentation effort, two videos were created and distributed among the Sherbro people. The first features all of those who contributed to the project, the second is more topic-oriented and aligned with the ELAR archive (includes references to deposits). In addition, there is the text of a Sherbro-English dictionary, which has been published locally and by Glottolog.

Most of the data comes from three different communities. The first is the people of Shenge, where the project was based, under the aegis of the Paramount Chief of Kargboro Chiefdom. Shenge is a highly multilingual fishing and trading community, traditionally Sherbro but now being taken over by Mendes and Temnes with Krio being the local lingua franca. The second is the co-investigator’s (Abdulai Bendu) natal town of Moyeamoh, where his family holds prominent positions in the community. Abdulai’s connections within the area allowed him to record a great many traditional activities and interview a great diversity of individuals. The third community is the people of Ndema Chiefdom, representing the most isolated and perhaps extreme Sherbro community. Their dialect was indeed distinct from the Shenge variety, and the people harbored some resentment towards outsiders.

“Sherbro” is the term used to designate a language (Glottolog sher1258, ISO-639-3 bun) and the people speaking it. In Sherbro the speakers themselves refer to the language as “Bolom” [bolomdɛ]. The language was once widely spoken along the Atlantic seaboard from Freetown, the major metropolis of Sierra Leone, southward to below Sherbro Island and inland from the ocean. The Sherbro have been pressured from the interior but also from the sea. The Sherbro were some of the first to interact with European traders and in fact welcomed the Europeans to their midst, offering the colonists wives and land. European names still abound, especially in the noble families, e.g., Tucker, Caulker, Rogers, and Domingo. Deeply implicated in the slave trade, the Sherbro also dealt in agricultural products centered around the town of Bonthe, once a thriving metropolis but now largely abandoned in favor of Freetown.

In inland villages the language is still sometimes learned by children but is rapidly abandoned as they become familiar with life beyond the village. Sherbro is being pressured by Temne from the north and Mende from the south. These two widely spoken languages have considerable political importance and are supported by the national government. Throughout the Sherbro area but especially in the towns, Krio, the national language originating in a creole, has made considerable inroads as well. A reasonable estimate would put the number of Sherbro speakers at 20,000, but the number is really a guess; there are probably far fewer active speakers of the language and it is seldom used on an everyday basis.

Sherbro’s closest relatives in the Bolom subgroup of Mel, an independent branch of Niger-Congo, are Kim, Bom, and Mani, all spoken on the coasts of Sierra Leone and Guinea; all three are even less vital than Sherbro. Kim has virtually no speakers, with Mani and Bom having perhaps a few hundred. The one vital language in the Bolom subgroup is Kisi, spoken primarily in Guinea and separated from the other languages by military movements in the sixteenth century.

The Sherbro phonemic inventory is rich with nasality including prenasalized stops. Vowels comprise a symmetrical seven-vowel arrangement with a few diphthongs. Tone survives only in a few grammatical and lexical environments. Word order is basically SVO, but Sherbro, like its congeners, has the typologically unusual syntagm of Tense-Pronominal Object with tense marking on subjects, which has led to the split word order of Kisi. On the morphological side, Sherbro features a noun class system and a number of verb extensions.

Sherbro has some typological interest not only because of its status as a member of the Bullom sub-group of South Atlantic, but also because of its dislocation as a result of the Mande Expansion(Childs 2002) and the subsequent intense interaction with European traders in slaves and other commodities. Undoubtedly this contact affected the language (Childs 2002).

The collection comprises audio, audio-visual, and photographic records, in a variety of genres. In addition, there are various local texts that have never been published, e.g., a grammatical sketch and small lexicon assembled in the 19th century.

In the way of disseminated objects

The Sherbro project actually began at the conclusion of a preceding project, the documentation of two related languages, Bom and Kim, in 2009 (MDP 0167), when I interviewed several people for the job of research assistant. The project had to be delayed because of the Ebola crisis, but I began archiving soon after the fieldwork began in 2016. Fieldwork and subsequent archiving took place over three trips to Sierra Leone. The archiving continues up to the present. Work continues on a Sherbro grammar. Backup archiving has taken place at PDXScholar, a local archiving resource. A spin-off is a project developing a database of West African proverbs.