Documentation and description of Zerenkel, an Afro-Asiatic language of Chad belonging to the East Chadic language family 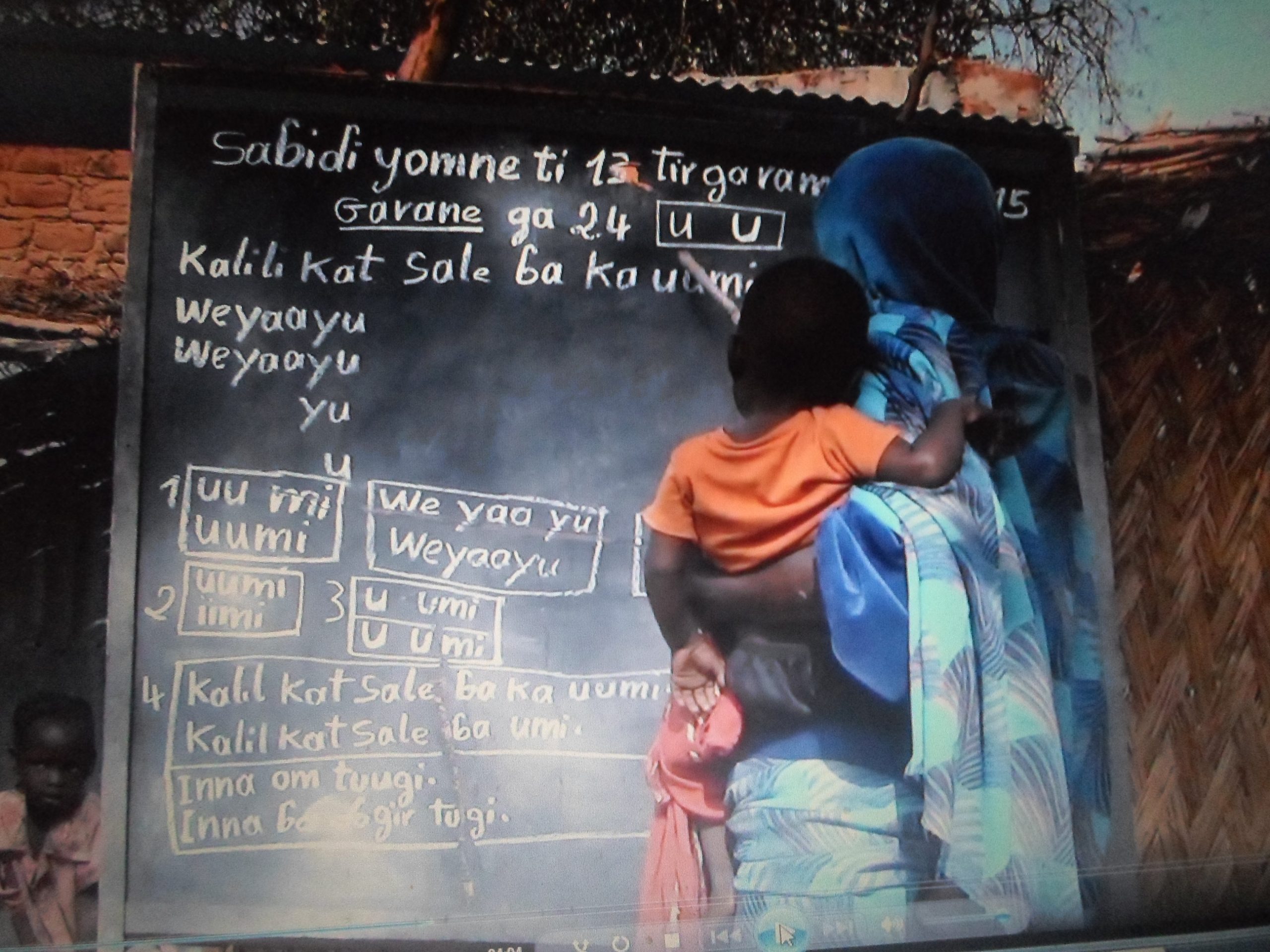 Landing page image for the collection ‘Documentation and description of Zerenkel, an Afro-Asiatic language of Chad belonging to the East Chadic language family’. Click on image to access collection.

Zerenkel is an undocumented and endangered language spoken by circa 3000 rural inhabitants of the Guera region of Chad. This project aims to document a range of communicative events associated with highly endangered practices such as marriage rites, which are being lost to the community, and produce a phonology and grammar sketch. Due to a number of factors, the Zerenkel language and culture is under threat. Fortunately, in 2005, members of the community formed an association to develop and promote their language. This project will be undertaken in close collaboration with the community and aims to develop multilingual language and socio-cultural resources for the community.

The Zerenkel-speaking community in the Republic of Chad. There is evidence to suggest that Zerenkel speakers are becoming increasingly multilingual and are learning not only Chadian Arabic as a language of wider communication, but also the neighbouring languages of Dadjo and Dangaleat, languages which are infiltrating the domains of family life as a result of intermarrying.

Use of local languages in the Guera region is traditionally strongly linked to ethnic identity and the following domains: home and family; agriculture; village life; local market; cultural events; local court cases. Two language domains where Zerenkel is losing, or has lost influence, are described below:

Economic activities: Zerenkel speakers are traditionally subsistence farmers growing millet, sorghum and peanuts, but due to a number of factors (population increase, harsh climatic conditions, civil conflict, natural disasters), people have been forced to migrate for economic reasons, leaving their home area and traditional agricultural activities in favour of education and other paid employment. For example, in the famine of 1984-87, many Zerenkel left their villages in a bid to survive and many did not return. Others moved to neighbouring villages, such as Bandaro, which they now share with other ethnic groups. This mobility brings them into closer contact with more dominant language groups and weakens the local language as a result. None of the Zerenkel villages has an indigenous market, so this is another domain where Zerenkel has little value and forces speakers to use other languages.

Religious and ceremonial activities : Like many other Guera communities, the Zerenkel community followed a form of traditional religion called Margay(Fuchs, 1997) until the 1960s. This religion was organised by priests who had almost exclusive authority over religious, social and cultural matters. The Margay religion was strongly linked with local language use, as were all matters of community life. This changed greatly with the arrival of Islam in the area, most markedly from the 1970s onwards(Khalil Alio, 2008; VanDijk, 2009). This means that the local language has largely lost its distinct niche in religious and ceremonial affairs.

Zerenkel is spoken by an estimated 3000 inhabitants in three villages – Dobiro, Nikhel and Sirbodom – in the Dadjo 1 Canton, Guera region, Republic of Chad. These villages are surrounded by the larger and more dominant Dangaleat (daa) and Dadjo (djc) language groups. Chadian Arabic (shu) is used widely in the region as a language of wider communication for commercial and religious purposes and as the first language of Chad Arabs.

Zerenkel was first mentioned in passing in a published article by Khalil Alio (1998), who describes it as a linguistic mixture of Dadjo, Dangaleat and Moubi. It was only in 2001 that a sociolinguistic research team carried out an initial survey and confirmed its existence as a language in its own right (Johnson, 2001). This survey concluded that Zerenkel belongs to the Afro-asiatic phylum of the East Chadic language family and is most closely related to Moubi (mub), even though geographically distant. The language has been strongly influenced lexically by its closest neighbours, Dangaleat, Dadjo and Chadian Arabic. Zerenkel shares 71% lexical similarity with Moubi and 35% lexical similarity with Dangaleat (Johnson, 2001). It is part of the Dangla 2 group which contains six other languages (Moubi, Birgit, Toram, Masmadje, Kadjakse et Kujarke). The research team concluded that the Zerenkel language remained vital at that time, but did raise concerns for its future vitality because of the low number of speakers, the high percentage of bilingualism with Chadian Arabic and neighbouring languages, frequent intermarrying with other ethnic groups, and reported cases of other languages being used with children in the home (Johnson, 2001).

In 2005, the community formed the Zerenkel Language Promotion Association (APLZ) to develop and promote the language, undertake linguistic analysis and develop a writing system for use in local language instructional materials. APLZ are part of the Federation of Guera Language Associations (FAPLG) who provide APLZ and a growing number of local language associations with technical, administrative and limited financial support. APLZ started experimental adult literacy classes in 2008 and has produced eight titles for those wishing to learn basic literacy and numeracy skills. In 2013, FAPLG was awarded a UNESCO literacy prize in recognition of their work in standardising local languages for use in basic education. While these modest efforts to promote the Zerenkel language go some way to stabilise the language, Zerenkel is still considered ‘vulnerable’ according to UNESCO criteria (UNESCO, 2009) and a threatened language.

In light of a clear decline of Zerenkel in the social domain, there is an urgent need to document the language, especially its usage in traditional ceremonial practices, which in turn motivated the documentation and description project. In conjunction with the community, the specific domain of marriage customs was identified as of particular interest and appropriate as a first step in documentation. Marriage customs would cover all stages, including the request for marriage, the bride price ceremony, the wedding, special clothes, decorations and gift-giving.

Language documentation was collected audio-visually and annotated with relevant context information and commentaries from local speakers. Description focused on producing a thorough phonological and grammar analysis of the language.

On the basis of this phonological and grammatical analysis, a more rigorous orthography proposal was prepared, tested and presented to the community and amendments suggested for improving the current Zerenkel writing system and addressing outstanding issues. This will be especially useful for ongoing literacy and revitalisation efforts.

Project outcomes will be archived in a number of ways to allow access by the local community (eg. in local and national libraries) and the international research community (in ELAR and with the University of Buea).