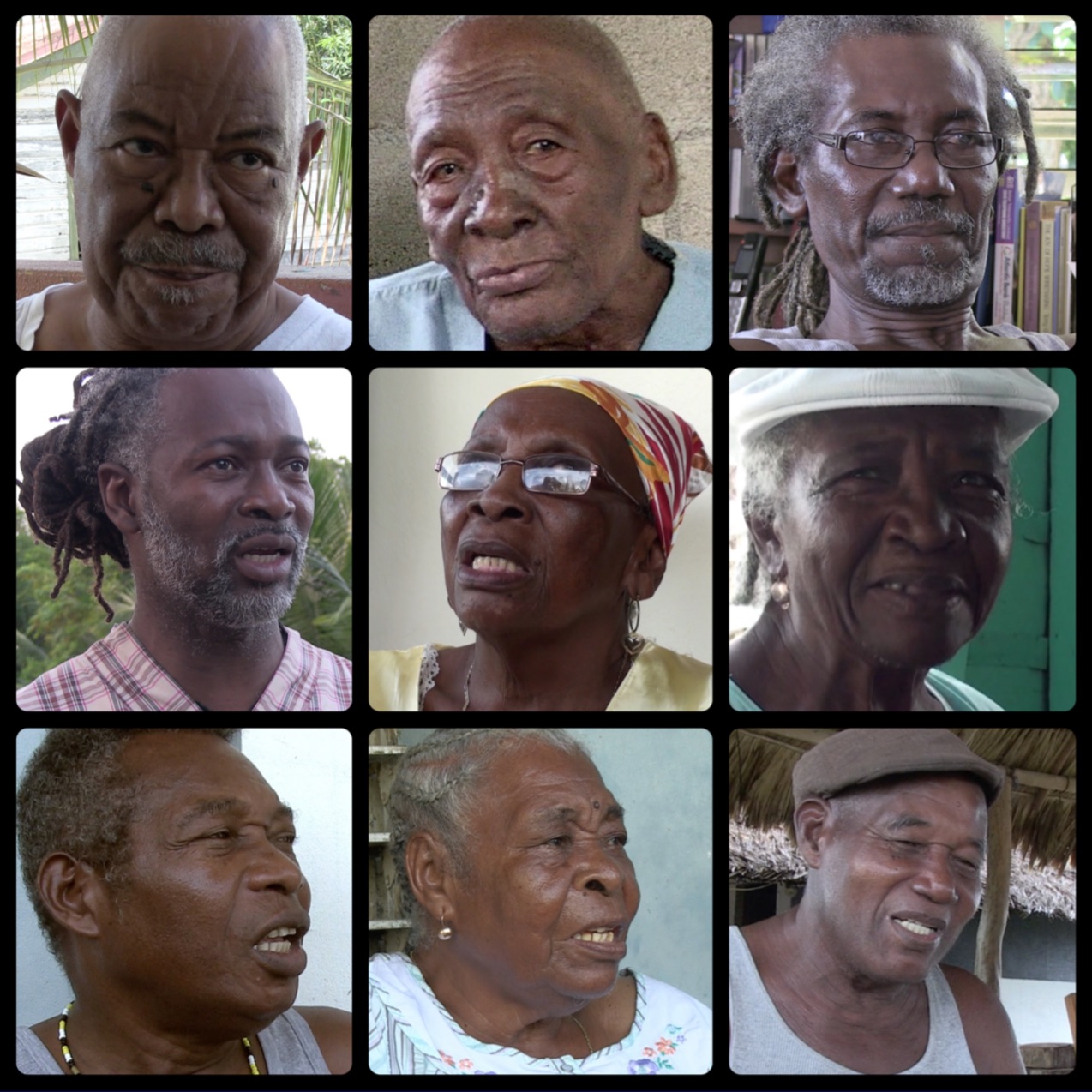 The collection contains documentation of several traditional Garifuna a cappella song genres. The recordings were made by Daniel Kaufman and James Lovell in Belize and New York City over several years beginning in 2014. The focus is on the endangered song genres called arumahani (traditionally sung by men) and abaimahani (traditionally sung by women). Both are sung in small groups of around four to six singers without accompaniment.

Songs were recorded from diverse groups of experienced singers in Belize with discussion of the lyrics, their meaning, composition and transmission. Interviews were carried out by James Lovell, a Garifuna singer and musician originally from Dangriga in the Garifuna language. Time-aligned transcriptions and translations were carried out primarily by Alex Colon, originally from Punta Gorda, with input from others.

One goal of the project was to better understand the transmission of traditional Garifuna songs in Belize and the diaspora New York, and whether these songs were being transmitted at all in the diaspora. Our primary source in New York was the Libaña Marasa (Grandchildren of Marasa) group, whose performances we documented together with a long interview.

The collection focuses on the Garifuna communities of Belize and New York although our primary source in New York, Libaña Maraza, are originally from Honduras. In Belize, recordings were made in three major Garifuna settlements: Dangriga, Hopkins and Punta Gorda. Several singers and interviewees were from Livingston, Guatemala.

Garifuna is a Arawak language of the Northern Maipuran branch with substantial vocabulary borrowed from Carib and French. It is spoken by a population of mixed African and Amerindian descent who originated on the island of St. Vincent (Yúrumein) in the Lesser Antilles. Having been caught between British and French colonial forces, the Garifuna were exiled by the British from St. Vincent and ultimately resettled on the Atlantic coast of Central America from Nicaragua to Belize. Today, the largest Garifuna populations in Central America are found in the coastal towns of Honduras, Livingston (Labuga) in Guatemala and Punta Gorda, Hopkins and Dangriga in Belize. A very large percentage of the population has settled in the US, specifically, in the cities of New York with Los Angeles with smaller populations in New Orleans and Chicago.

Despite the very complex history and the mixed roots of the population, the Garifuna language shows no signs of creolization and is among the most morphologically and syntactically complex of the Northern Arawak languages. It is the last living indigenous language of the Caribbean islands and has thus become a linguistic model for the revitalization of Taíno, a closely related language spoken in Puerto Rico at the time of Spanish contact.

With regards to typology, Garifuna is a head initial, head marking, VSO language with a split ergative pattern of verbal agreement. Nouns are classified into two genders which are marked on determiners and agreement. It is a non-tonal language that generally assigns main stress to the second syllable from the beginning of the word (with certain caveats and lexical exceptions).

Estimates of the number of speakers vary widely. It is relatively clear that the language is not being transmitted to children regularly in Belize or Guatemala. Many Honduran communities, which are the last stronghold of the language, also appear to be shifting to Spanish but efforts are underway to improve language transmission in all three countries.

The collection contains just over 22 hours of recordings. All but two hours of these contain both video and audio. 2 hours contain audio-only.

The recordings are a combination of singing performances and interviews about the songs and their cultural context. Most of the songs are performed by groups. In the case of Lily Zapata, cited in the community as one of the most knowledgable elder singers, we have an extended interview as she recollects various genres of song. In the case of the Umalali, Uwarani and Libaña Marasa groups, they perform as a group, followed by an open discussion. There are also several long interviews with important cultural figures in the Belizean Garifuna community: Roy Cayetano, Father Jerris Valentine, Gwen Gonzalez, Felix Miranda, Jess Flores, Paul Nabor about the role of song in the community and its transmission.

The collection also contains a small amount of humorous stories (uraga) narrated by Nen Nuñez, recorded in audio only.

Every recording has at least a rough draft of a time-aligned transcription and translation. A portion of these have been finalized and work continues on the remainder.

The recordings in this collection were made by linguist Daniel Kaufman and language activist/musician James Lovell in Belize (summer 2014) and New York (2015). The materials were later transcribed and translated by Alex Colon with additional input and editing.

The videos have been minimally edited with very little cutting. In several sessions, we filmed with two cameras and material from the second camera was integrated into the final video. We plan another round of editing to produce short videos that are appealing to a wider audience.

Users of any part of the collection should use the above citation and acknowledge the Endangered Languages Documentation Programme as the funder of the project. Individual speakers/singers whose recordings or images are used should be acknowledged by name. All information on contributors is available in the metadata.