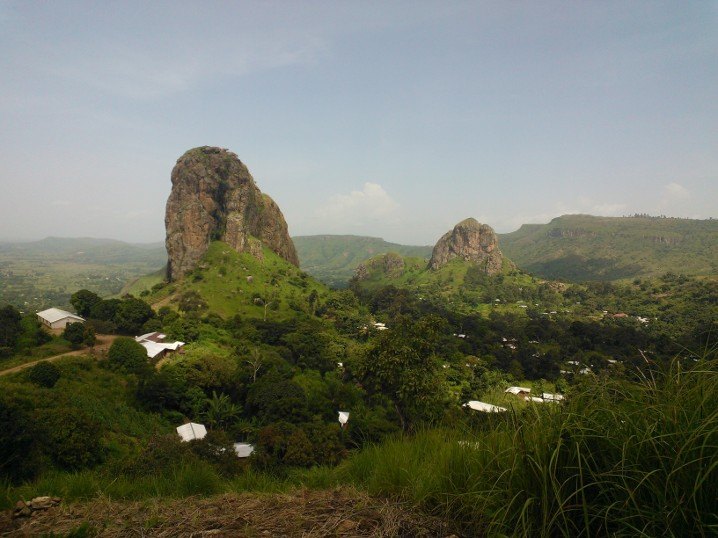 This collection documents the language of Babanki traditional ritual performances. Babanki is an endangered Grassfields language spoken in Babanki Tungo and Big Babanki, northwest of Cameroon. The language of rituals contains poetic forms, lexical items and grammatical structures not found in everyday Babanki speech. Unfortunately, these special speech forms are threatened by the strong influence of modernism and especially Christianity which have caused the number of people who still engage in ritual performances to drop drastically. Consequently, the Babanki cultural values inherent in the ritual performances are no longer cherished and transmitted to younger generations.

This collection represents the communities of the two Babanki-speaking villages: Babanki Tungo and Big Babanki.
The number of people who still engage in ritual performances is reducing drastically and the beauty and knowledge endowed in the practices is no longer cherished and transmitted. The special form of Babanki that was used during the performances is no longer used since it fits only in that context.

The endangerment of the practice of ritual performances mirrors the endangerment of Babanki in general. The language is no longer an essential asset for a person to be regarded as a member of the community since people rather prefer to speak Cameroon Pidgin English in markets, churches, with friends, etc. Hausa has spread widely in the village as a result of the introduction and expansion of Islam. This means that the language is highly endangered from within the community.

Although an Orthography Guide exists, there is no other literature such as newsletters, religious texts, and stories published in the language. There are currently no government plans to introduce Babanki in schools either as a language of instruction or as a school subject. The literacy schools that used to exist in the villages in the 1970s and early 1980s no longer function. Furthermore the speakers say they would like to learn and use their language but in reality do not need it to function so they prefer Pidgin English for business and English for education and job opportunities.

A Pedagogic Grammar of Babanki has been published recently (Akumbu & Fogwe, 2012), yet it has been observed that the book is not useful to the Babanki people because they do not have a reading culture. They prefer to watch or listen rather than to read.

The above show that Babanki is highly endangered and there is need to do an audio-visual documentation of ritual performances. In these performances, songs are sung and language is used in various ways that are worth recording since they contain a lot of essential Babanki cultural values.

This documentation was carried out by two linguists and one anthropology student who themselves are members of the two Babanki villages. They are also members of the Babanki Language Committee and have been involved in the production of an alphabet chart. They have acted as resource persons during a literacy sensitisation workshop organised by the language committee. They participate regularly at the Babanki Annual Dances that bring together people from home and abroad. They are active members of the community and the Babanki people fully support and trust them and are happy to work with them.

When completed, this collection will include

The materials in this collection were gathered between 2013 and 2014 during fieldwork for the ELDP-funded Small Grant held by Pius Akumbu.

The data collected will be sent to the archive in London using ELAR and also stored at the archive of the Centre for African Languages and Cultures, University of Buea.